Up next; CHROME Industries, the Folsom Pant

Like I said in Part 1, cycling fashions are on the upswing, big-time, as people ride to work in far larger numbers (at least in a few parts of the country). Which leads us to the intersection of Highly Functional and Nice Looking. Let's look at the next big player, and by big, I mean big.

Company Angle: Started out making messenger bags, then proceeded to make better messenger bags. People liked them, including people who weren't messengers, so they then turned to making really nice-looking messenger bags (which were still highly functional). More recently they've launched a couple pretty broad apparel lines, though the style seems tilted toward people who might buy a messenger bag. Not a criticism; it's a fact. This is urban riding gear.

And in the corner to my left, it's the CHROME Industries Folsom Pant: 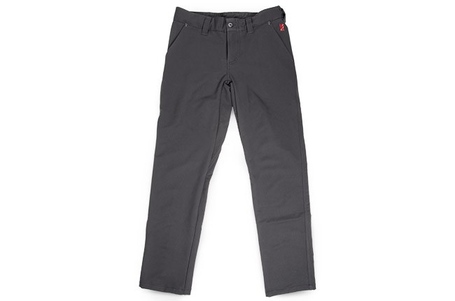 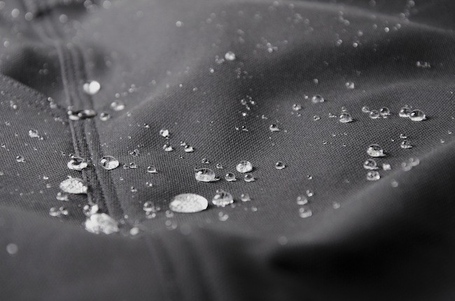 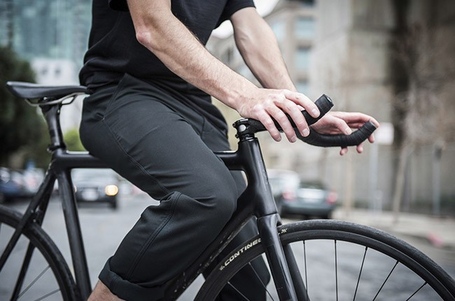 The Folsoms just arrived, and have only been hit with a few sprinkles so far. So I dunked them in the bathtub when I got home. But that's after 14 miles and a day of hanging in them at work.

Comfort vs. Fashion, dueling again. But CHROME have been around the block enough times (literally) to know what to do about it. As for specific comfort features, Folsoms sport a double layer of fabric and an absence of seams in the crotch for on the bike, and a light, flexible fabric structure for when you're off it. For a waterproof pant, the Folsoms aren't even slightly stiff. They feel like yoga pants, or at least what I imagine yoga pants feel like. To be clear, THEY DON'T LOOK LIKE YOGA PANTS. I'm just making a remark about comfort. They're really, really comfy.

As you can see from the photos above, we're talking black pants cut as nice trousers, with a four-pocket design, belt loops, seams, etc. I like the four pockets OK; the fifth pocket you find elsewhere is nice but the Folsom's pockets are deep and functional.The Folsoms also feature a CHROME specialty, a bit of seat belt strapping in the back to hold your U-lock. Having a good deal of experience with CHROME, I found this pretty charming. 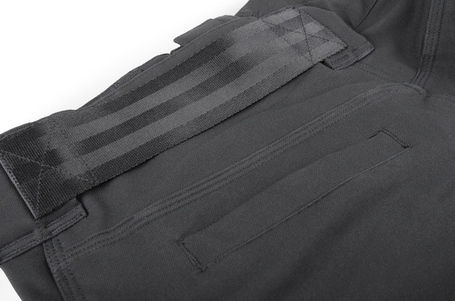 Ultimately, I find the Folsoms a bit informal, in keeping with their urban bent.

Missing is any reflective material, unlike some of the cycling jeans, but that's fashion winning out over form. Both the legs and crotch are reasonably roomy for me (an average body size except in cycling, where I'd be considered morbidly obese). The pants stayed up without a hitch -- a big deal for anyone accustomed to bibs. Just felt great all the way home.

Time to get technical. The Folsoms sport 3XDRY stretch material by Schoeller, a unique single layer of fabric performing both the moisture-repelling and heat-releasing functions. The result is a comparatively thinner waterproofing material, the best of all worlds, though in my experience comfort and performance is always a bit at loggerheads. And I already mentioned how comfortable they are.

The Folsoms are waterproof at first blush, and second, and maybe even third. Like I said, I didn't ride them on a particularly wet day, whereas I was able to get rained on (?) the day I wore the M&Rs. But I did some bathtub testing and with some manipulation I was able to get pouring water to seep through the Folsoms. The lesson? If you ride in a bathtub and you pull and stretch the material, you'll eventually get wet.

Back in reality, however, the Folsoms are lightweight and likely to keep breathing as the temperature rises. If you live in a place where it doesn't rain much, or you don't need/want to ride when it does, they're ideal. In Seattle, they're probably good enough, but I have some questions about how they'll hold up on the worst days.