Cobbles Preview: Welcome to Flanders [And a Patrick Verhoest Gallery]

Share All sharing options for: Cobbles Preview: Welcome to Flanders [And a Patrick Verhoest Gallery]

Surely they've all left Italy by now. Hotels in Kortrijk are overflowing with mechanics, wheelbags, and groupies. There is too much beer, too many cigarettes, too little sleep. It's Cobbles Season. There's one place to be. Flanders.

I don't want to preview the races generally ("you see, there are these streets made entirely of crappy stones..."); instead, look for day-before (or sooner) previews for the following:

A season, no doubt, insofar as it began some four weeks ago already, and has been the subtext of races in Qatar, southern France, and elsewhere. A season of preparation, capped by three consecutive weeks of (hopefully) fantastic racing, over dream-like settings, if you dream of tiny roads and pastoral scenes and shifting light and winds, combining to take the World's Greatest Sport and reduce it to near-anarchy. If you dream of cycling as a forum, still, for showing people overcoming obstacles on an awe-inspiring concoction of loyalty, talent, patience, wit, and determination. The riders, they just dream of winning, or helping deliver a win. Like kids in beds all over Belgium, who hear the words "ronde van vlaanderen" on the radio and dream of someday riding or winning. Us fans, we dream of watching greatness, in great settings. Maybe we dream of being there, or for some of us it's more than a dream. For the rest, we'll take it all in at home, perhaps with a Rochefort and some frites nearby to help it all taste even sweeter.

Our Man Patrick Verhoest brought his lens to the Cafe Hert, in Ichtegem I believe, to help ring in the season. There's certainly more to life, including cycling, than beer, and if the substance had never been invented the racing would be as great as ever. But it was, and it's part of the scene. Here's a pretty good look inside a true Belgian supporters' bar. 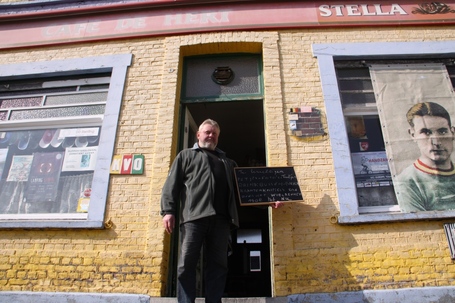 The proprietor is Dirk Lameire, who when not tending bar calls some junior and without-contract races. 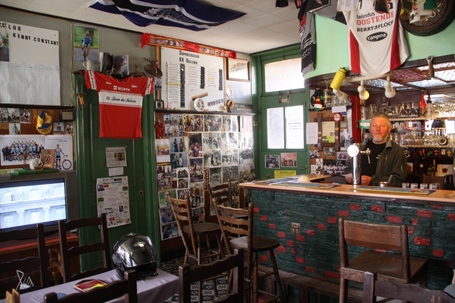 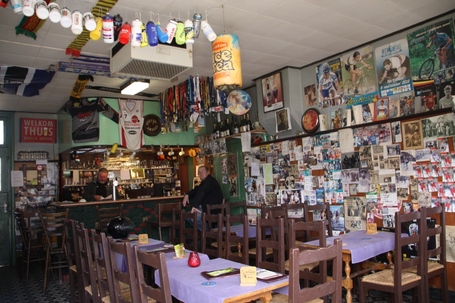 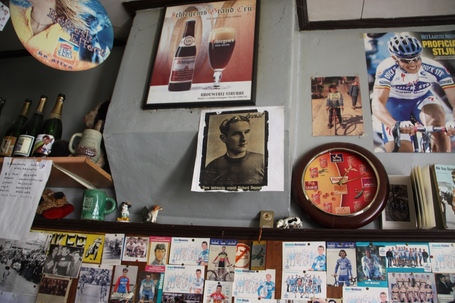 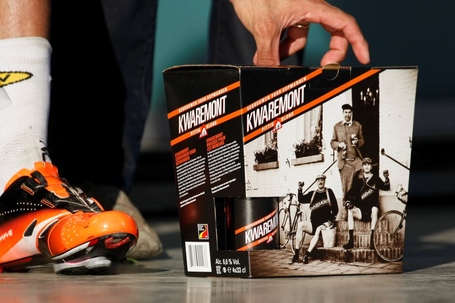 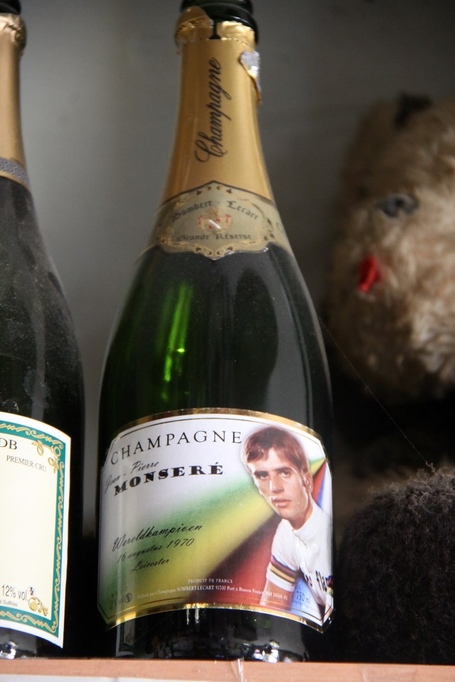 And it's Flanders... there are glasses... 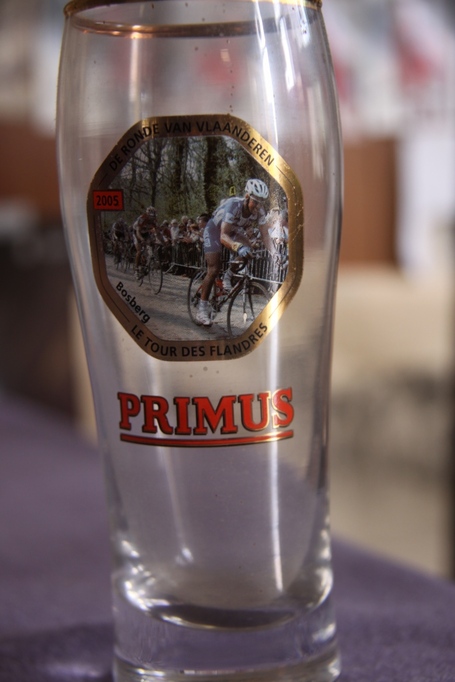 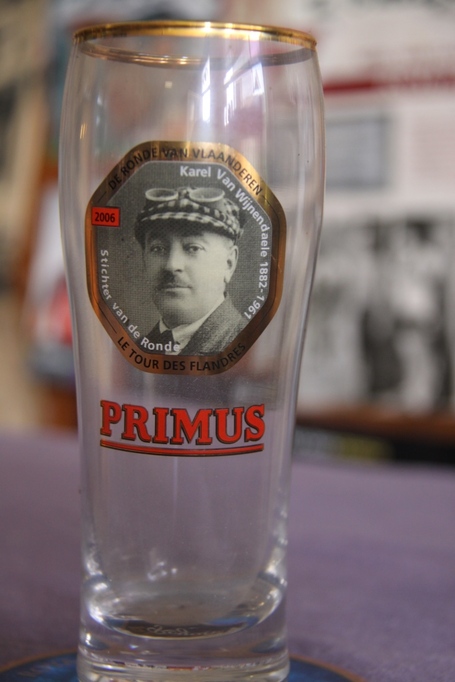 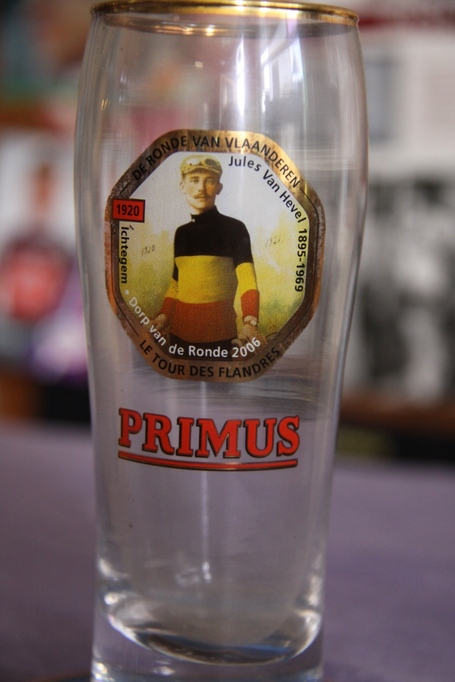 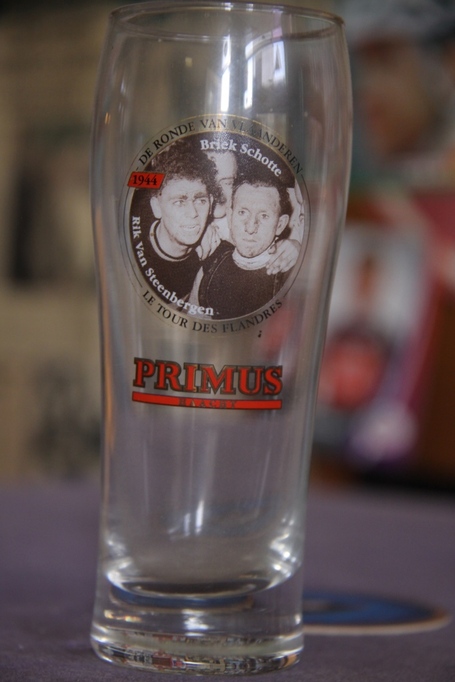 While I was away Patrick sent me his photos from the Omloop Het Nieuwsblad. A little on-road color won't spoil the moment, will it? 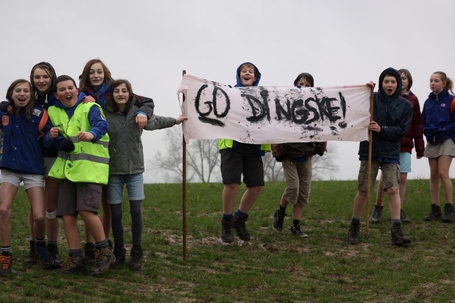 "I lost the pedals". Not sure what that's about. 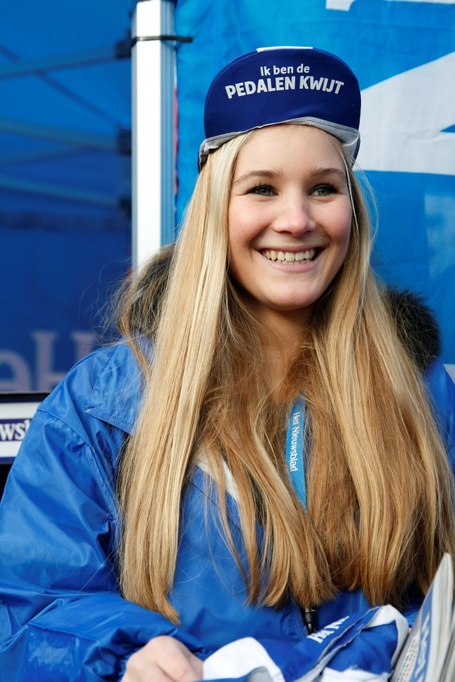 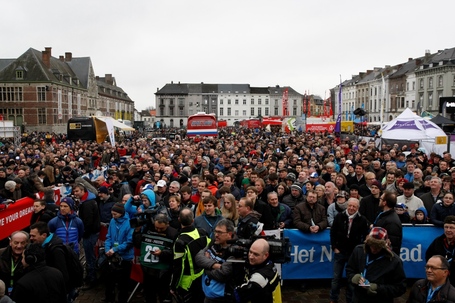 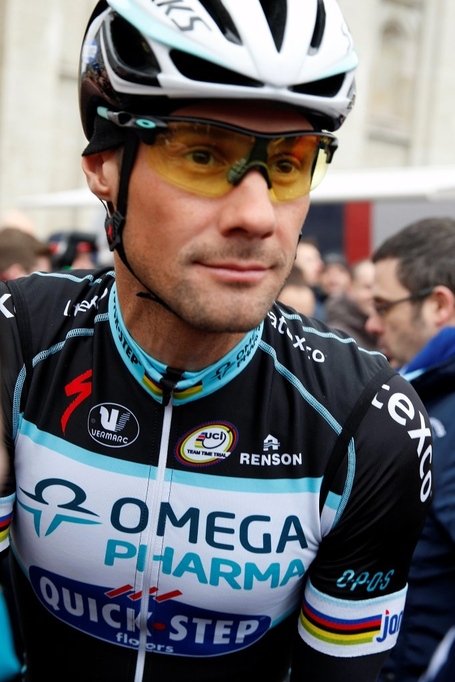 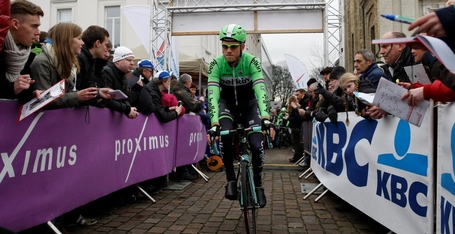 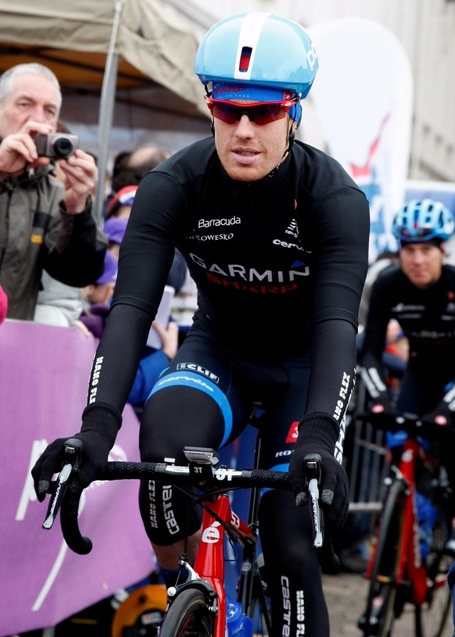 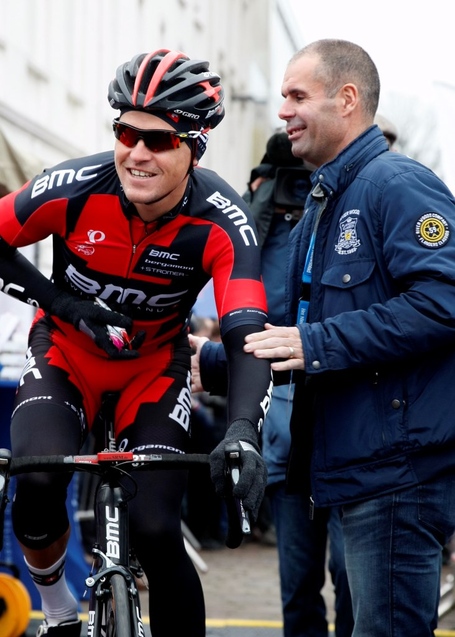 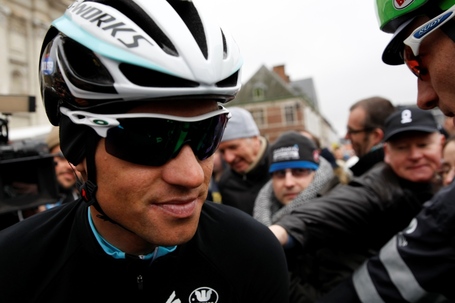 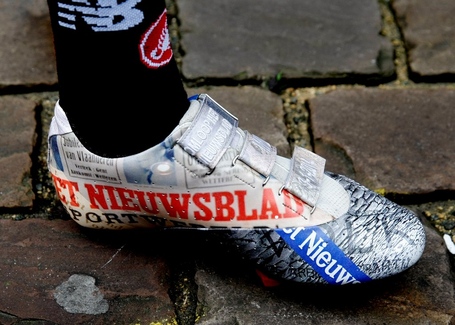 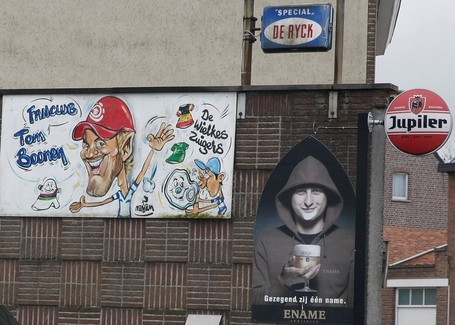 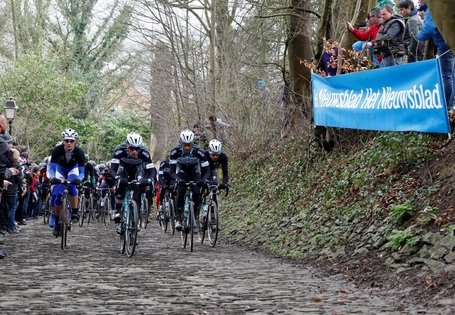 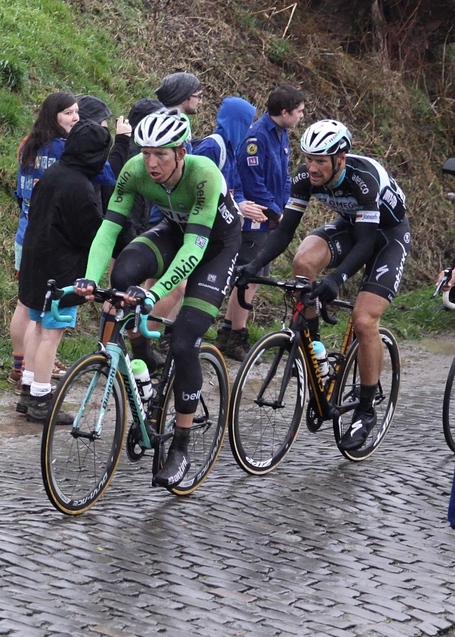 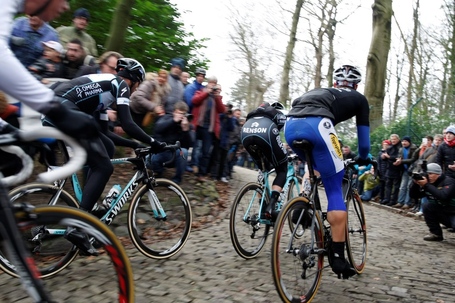 I love this picture. No great urgency to get out of the way of a Belkin move. 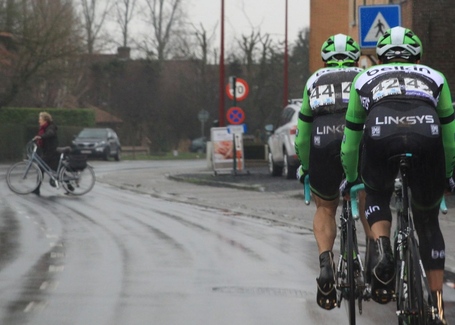 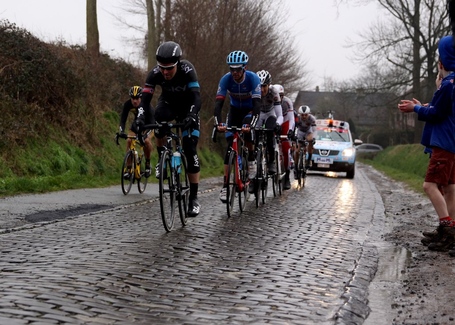 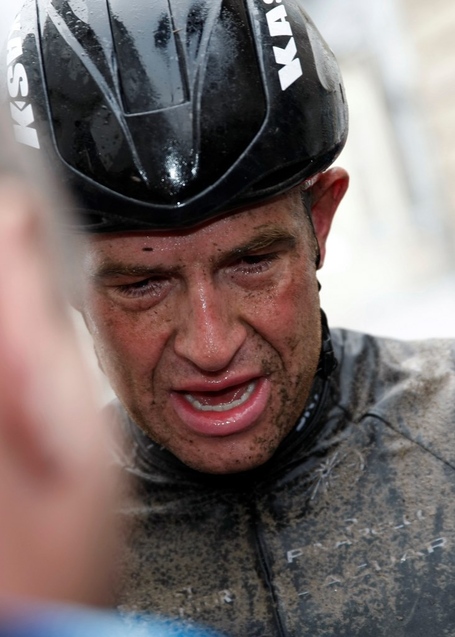