Share All sharing options for: Gent-Wevelgem: Another Patrick Verhoest Gallery!

Our Man Patrick was at the Kemmelberg summit yesterday, with the predictable results: awesome pictures of our heroes in full sufferment! What more could you want?

First off, there was a women's race... OK, it was in competition with the Trofeo Binda for riders, but it was still a lovely day out. 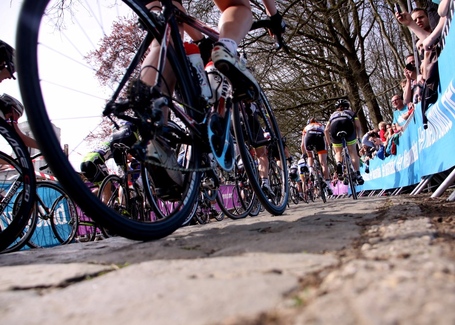 Isabelle Beckers and Marjolein Claessen power up the climb. 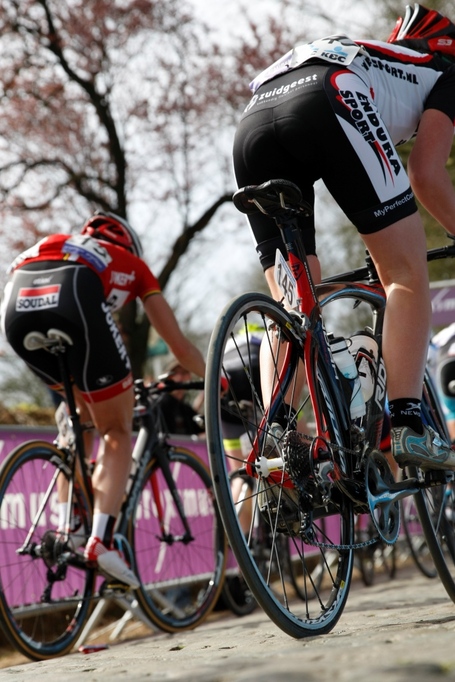 Carleen Baas leads the pack up the cobbles:

Liesbeth De Vocht managed seventh on the day, which was won by American Lauren Tucker Hall. 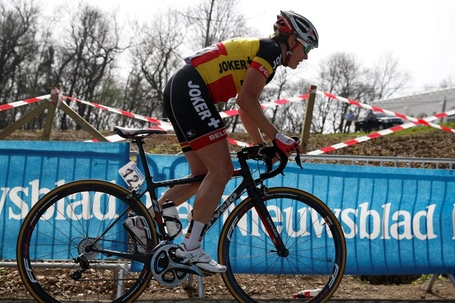 On to the men's race. There were two trips through what was the usual Kemmelberg crowd. Here's the early break: 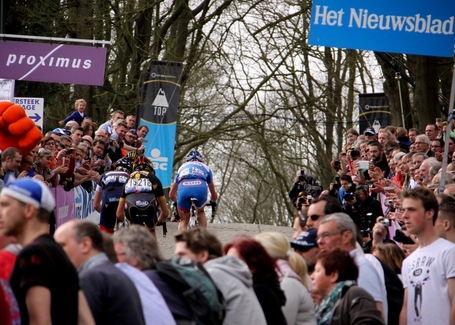 The fans were marking Fabian Cancellara as intently as the riders. 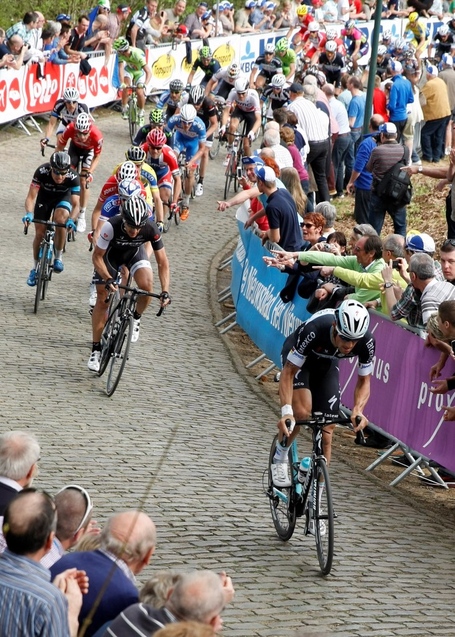 The usual luminaries were eventually visible. 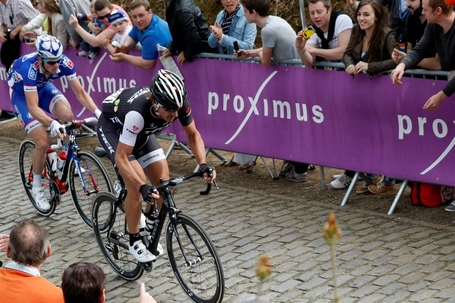 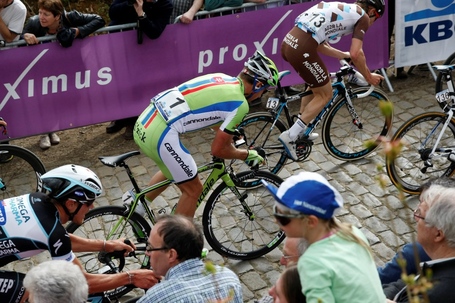 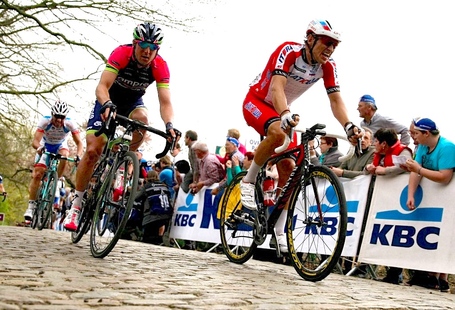 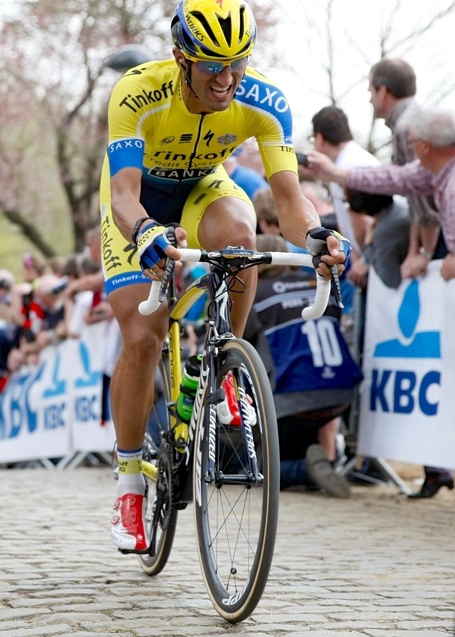 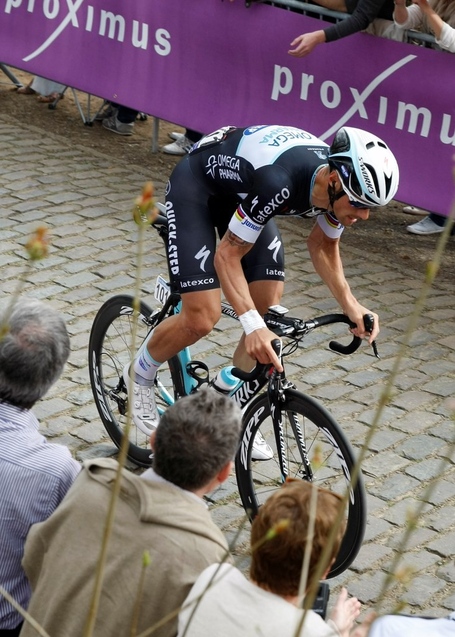 Lars Boom made his return to the peloton, with some interesting physio tape. 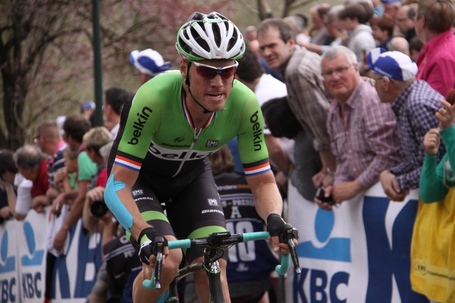 Matt Goss had a bit of bedevilment, leaving him in the position of needing a bike change at a rather inopportune moment. 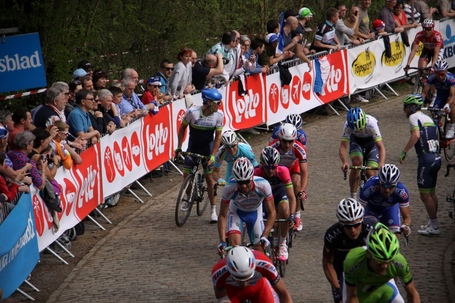 OK, on to the final lap. 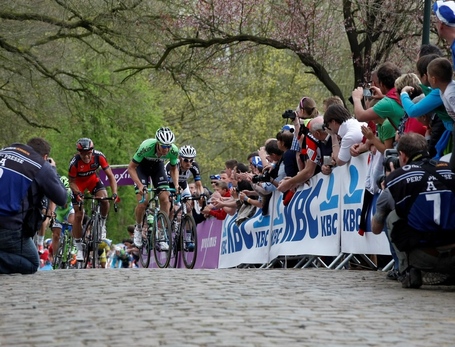 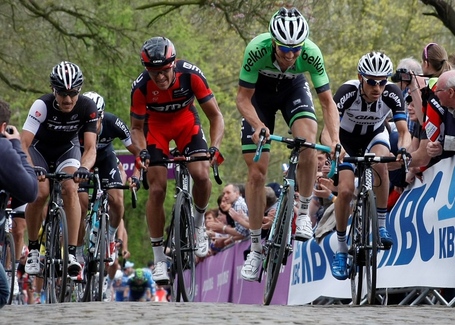 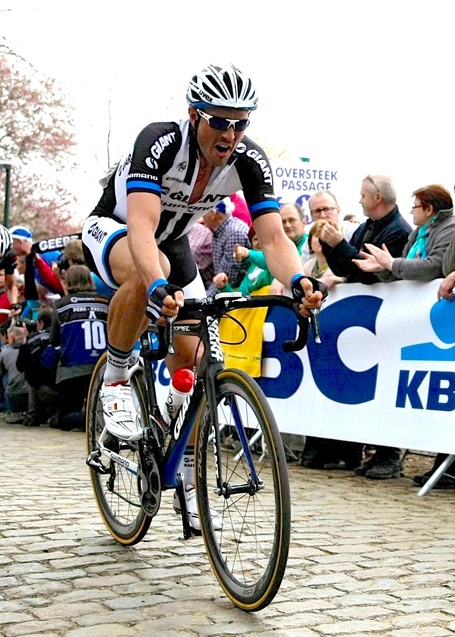 Sagan suffers his way up: 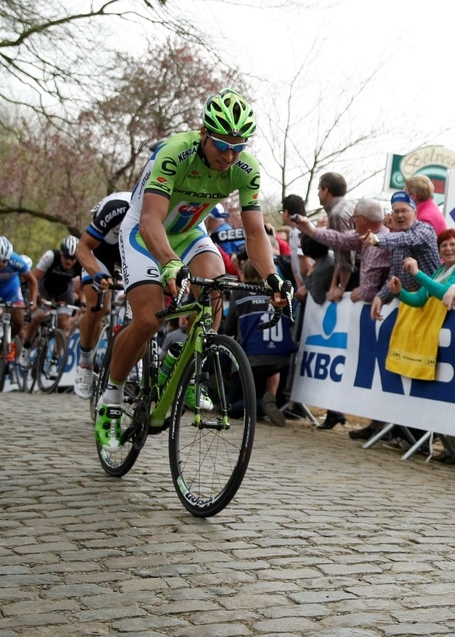 Farrar and Kristoff close behind: 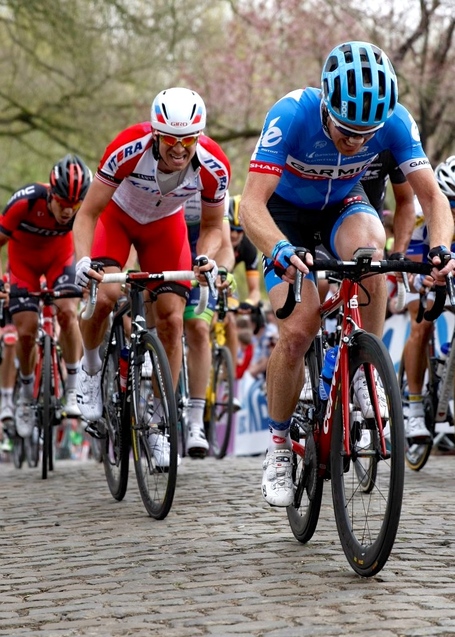 And the rest, as they say, is history.