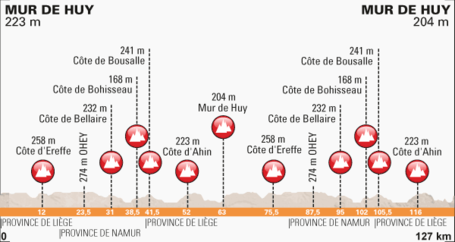 Two rounds of a six-climb course but in the end it's all going to come down to the Mur isn't it? Anything else you want to know is in Sarah's interview with Emma Pooley, the 2010 winner. Sadly we won't have live images unless someone goes absolutely stark raving mad and cuts away for two minutes from the men's lunch break to show the women sprinting up the Mur but I think we can all agree on how silly that would be? Instead there are the usual tweeters and tickers and some of the best is collected in Sarah's Race tweet feed below. UCI highlights to come later today or tomorrow.

Don't buy the "I'm just a poor little girl in my first race and I'm only working for Anna van der Whatsherbreggen......"-schtick. Vos has been plenty good in her first races out of the gate before and she's won here 5 times. 5 times! I say she does an early decoy attack for Van der Breggen on the Mur and they never see her again.