Cobbles,  Leffe, Fabian, Chimay, PhilGil, Ardennes.  I know you are all in Classics withdrawal.  But I have the cure: Swiss stage racing.  The six day Tour de Romandie starts Tuesday.

We'll visit Italian-speaking Switzerland, and pass through Italy itself, before crossing over the Alps into Suisse Romande. We'll see numerous lakes  and vineyards, climb to ski stations, and hopefully, see lots and lots of cows. And, of course, conforming to Swiss law, the peloton will cycle past Aigle (multiple times).

The Tour de Romandie has been raced since 1947. Romandie refers to the French speaking region of Switzerland - approximately 20% of the population - in the western edge of the country. A list of former Romandie winners reads like a who's who of cycling: Merckx, Hinault, Bartali, Koblet, Thévenet, Zoetemelk, Roche, Rominger, Evans, etc.

This year will have a strong field as usual with Christopher Froome back to defend his 2013 victory.

This preview will focus primarily on the course, but please feel free to use the comments for some FSA DS smack talk on who you think will win.

Parliamo Italiano?  This flat - even slightly downhill - Prologue takes place in Ascona in the Italian speaking part of Switzerland, south of the Alps.  A non- technical route, look for lovely water-edge shots as part of the course runs beside the Swiss tip of Lago Maggiore - the second largest lake in Italy.

For the tourists:  Ascona is a favourite among tourists of a certain refinement (I am not allowed there).   Posh hotels, a charming medieval old town, roman ruins, fancy restaurants, a well known jazz festival, etc.  This side of the Alps even has the occasional palm tree.

This International stage will spend 50 kms  visiting Italy before crossing the Alps to finally enter Romandie via the high-point of the six day stage race: The Simplon Pass.

The final Category 2 climb summits close enough to the finish that any attacks here stand a decent chance of staying away.  (Note, when it says  "Direct TV"  on the stage profiles it indicates "live TV" coverage).

For the cyclo-tourists:  I've ranted about Simplonpass before.  A huge climb - perfect for a pro-race - but not a terrific option for cyclo-tourists trying to cross the Alps. It suffers from the three T's: Tunnels, Traffic, and Trucks.  But the north side descends into Valais/Wallis region of Switzerland, under-rated from a cycling climbing point of view:  Some of the biggest and highest dams in the world are here.

This profile is a little exaggerated.  A fairly easy stage that should result in a sprint.  According to the official race site:

(My bad translation: "This stage is almost a sure thing, reserved for the sprinters, responding to the wish of the head of the organisation") - The stage does pass by the UCI/Aigle.

For the cyclo-tourists:  The final descent into Montreux (also famous for its Jazz festival) will go by the Lavaux vineyards. These beautiful terraced slopes overhang Lac Léman with huge Alps in the distance.  They are a UNESCO World Heritage site. 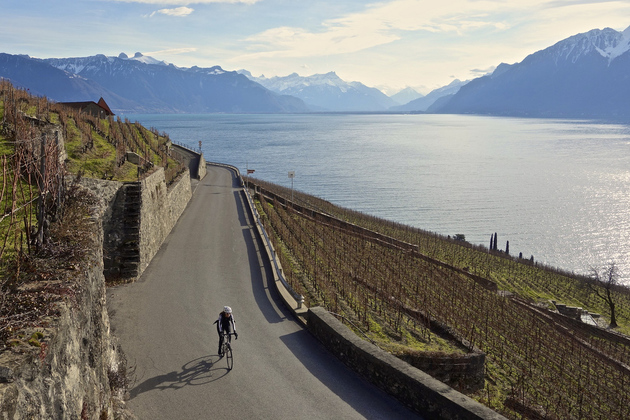 This is the one big mountain stage of this year's course.  These are four "real" climbs.  The hardest is probably the first: Col des Planches near Verbier. Next, a super-scenic climb to the lake at Champex.  The final climb is the road up to Col de la Croix (remember the snow walls last year?) but stops 6 kms or so from the summit.   Finally, a fairly hair-raising descent into Aigle.

Fun stage with nice scenery too.

For the cyclo-tourists:  Want to know what people at UCI headquarters in Aigle do at lunch hour when they aren't riding through the Lavaux vineyards?  Many of them surely cycle up these last two climbs.  Two of many interesting roads that rise above Aigle on either side of the valley.  Why not follow UCI president Brian Cookson on Strava? He climbs stuff directly from the office too.   Then perhaps after work he visits the beautiful Wine Museum at the Château d'Aigle. 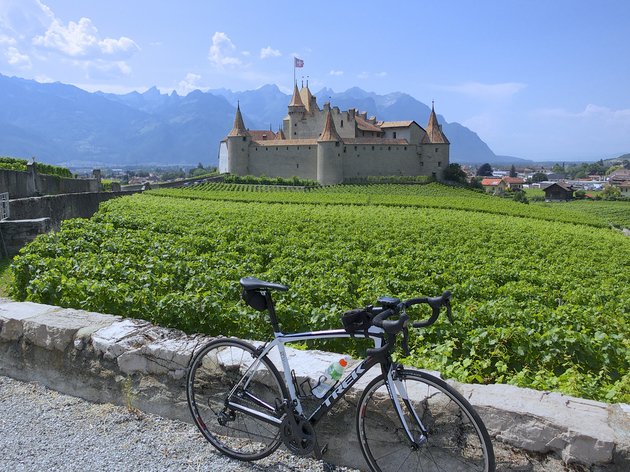 On paper this looks like it could be fun.  Six laps of a bumpy little route around Fribourg. I love these stages that allow fans to see the peloton multiple times.

For the cyclo-tourists:  Fribourg is a bilingual city on the border of the French/German speaking regions of Switzerland.  In 2010, it actually came last in a ranking of the cycle-ability of 19 Swiss cities in a study by a Swiss bike advocacy group.  It has since instituted a bike sharing program.

Another lake-side stage beside, and occasionally above, Lac du Neuchâtel.  This is a short but challenging Time Trial with enough bite that it could be decisive if the GC is still up for grabs.

For the cyclo-tourists:  This is the only stage to get near the usually well-used Jura mountains. And it still only visits the "foothills."  But Neuchâtel is near, but well below, the highest point in the north Swiss Juras - Le Chassarel.  Oh well, maybe next time?

Final Thoughts: This is certainly not the toughest Tour de Romandie route we've ever seen.  But at least every stage has the potential to be interesting in its own way.  And it seems like a difficult course for a single squad to "control" stage to stage. Something that certainly happened the past couple of "Sky" editions.   Agree/disagree?

For the cyclostourists: The Tour de Romandie always has a small but fun "publicity caravan."  My favourite sponsor is Vins de Morges who have been known to stop their car and hand little glasses of wine to (Canadian) spectators. Switzerland is a civilised country.  Cheers! 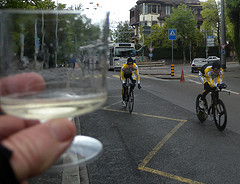 And now, I invite some VDS smack talk.   Who do you, the experts, think will win?  Me?  Allez Thibault!