Giro d'Italia: On the scene at Passo del Lupo for stage 9

Share All sharing options for: Giro d'Italia: On the scene at Passo del Lupo for stage 9

Stage nine of the Giro finished under sunny skies at beautiful Passo del Lupo, but the 172-kilometer stage looked to have been a rough go for several of the riders.

After sprinting for the stage win, Peter Weening shot right past the podium area. 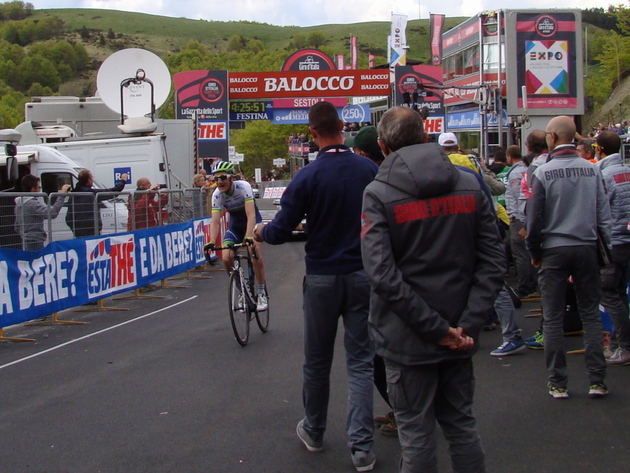 Third place finisher Pozzovivo was the first rider to follow the finish line director's instructions to stop at the podium, where he promptly collapsed over his handlebars. 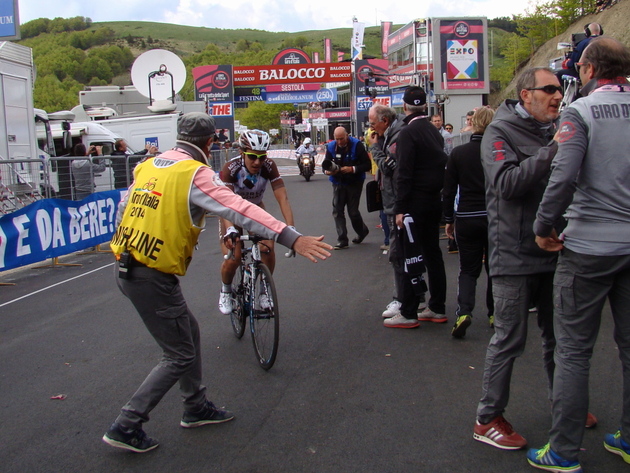 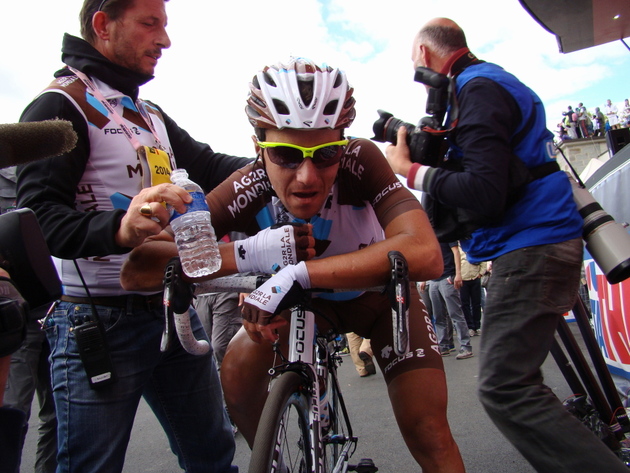 Ulissi suited up for the ride down to the buses. 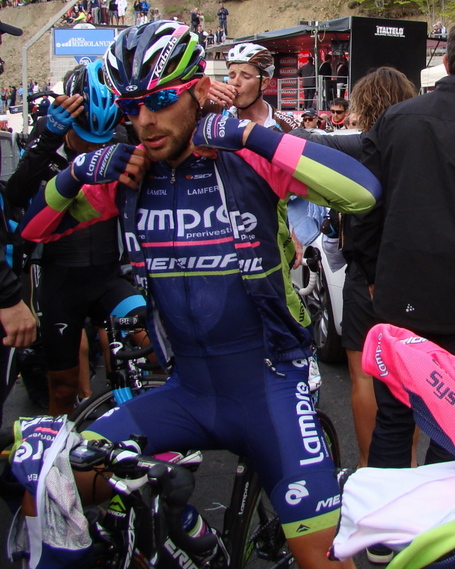 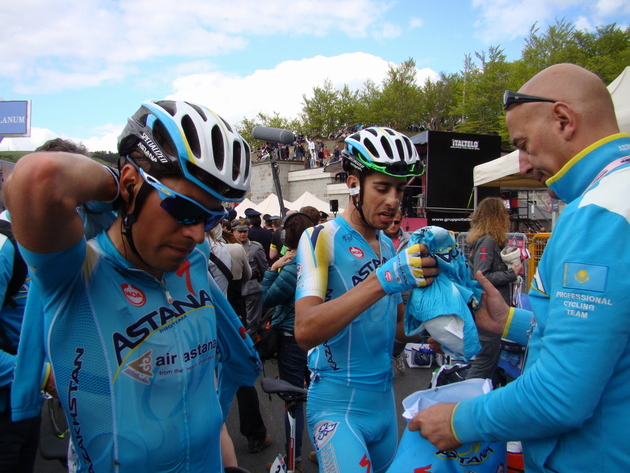 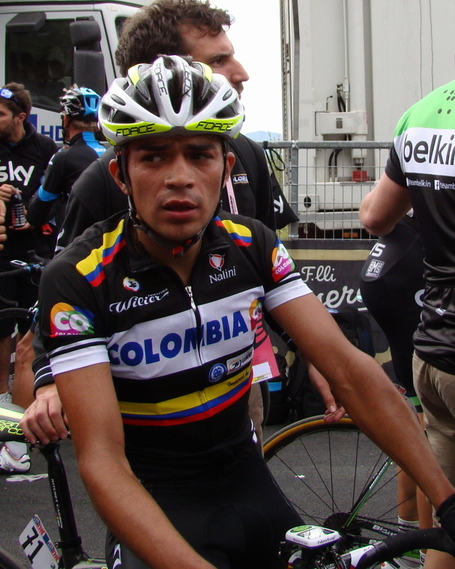 Quintana, looking as imperturbable as ever, was shepherded through the finish area by a Movistar staffer. 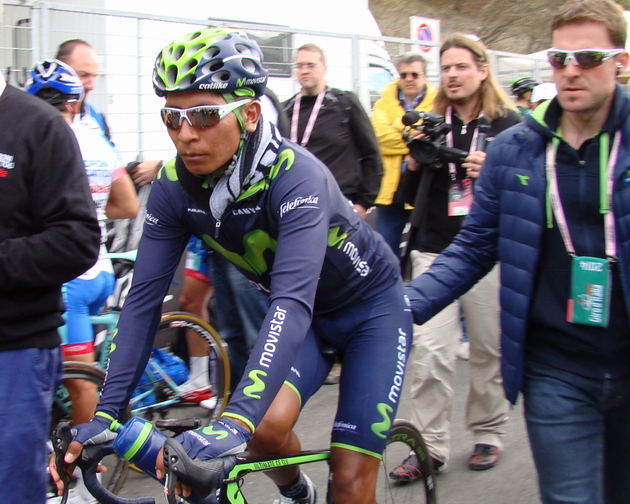 Caught in the finish are chaos, Basso tapped on the hood of a car that nearly hit him, then gave the driver the side-eye as he went by. 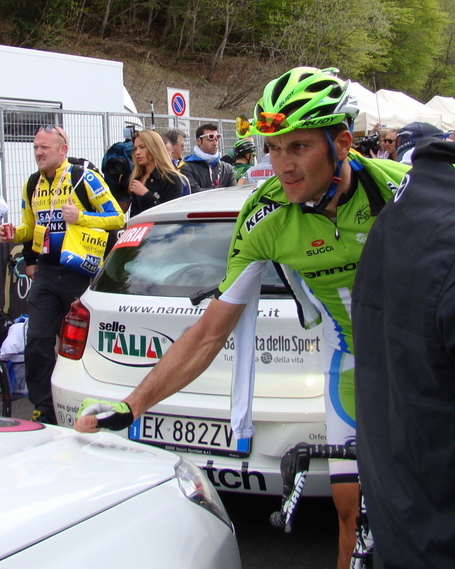 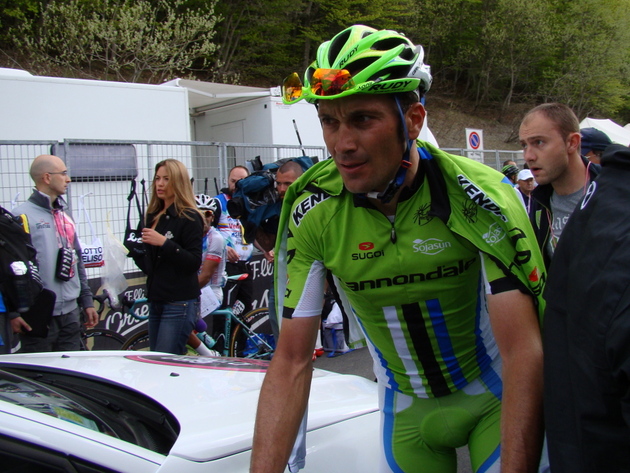 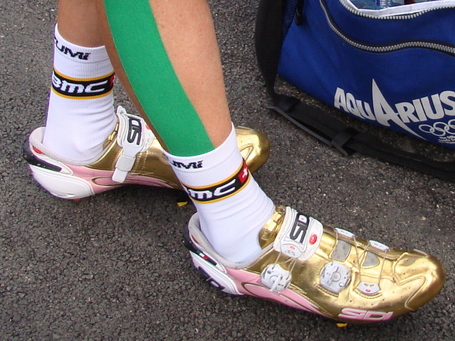 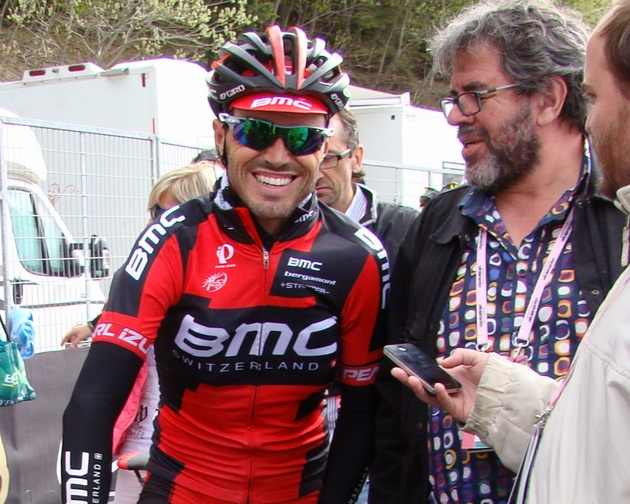 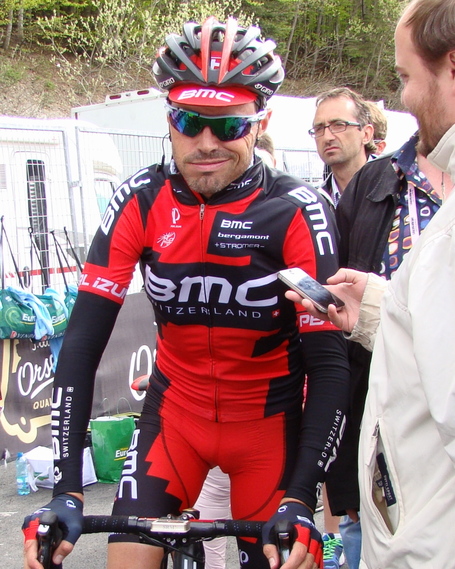 Orica youngsters Michael Matthews, Luke Durbridge, and Michael Hepburn were the last to finish within the time limit, and appeared to have had a very tough day.  Matthews spent a long time bent over his bike at the fence. Durbridge also seemed overcome.  He finished the stage in tears, and then sat on the ground and cried for several minutes.  After they worked so hard to make the time limit, I hope these guys can recuperate enough on the rest day to feel like continuing. 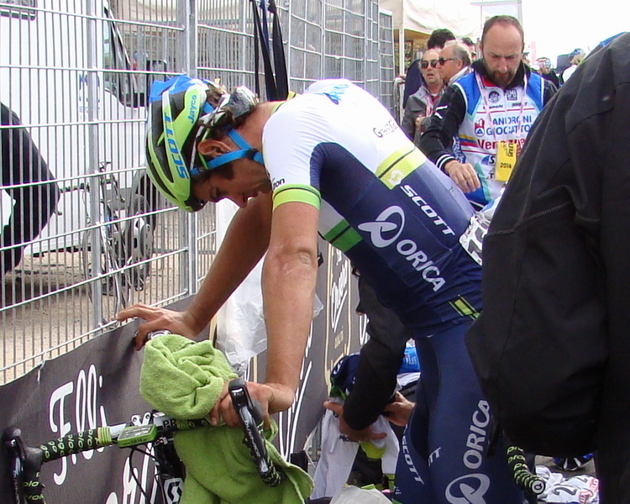 Weening seemed very pumped to be on the winner's podium. 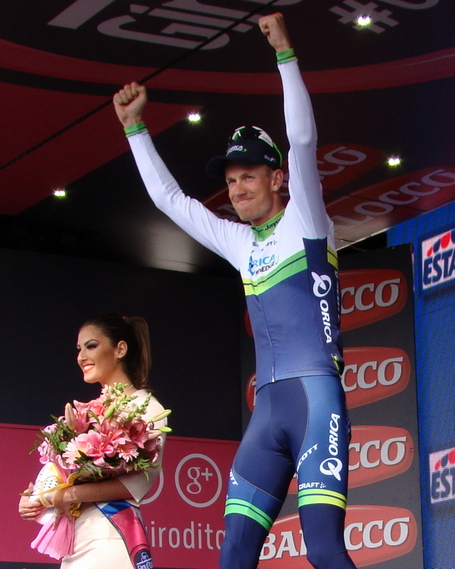 Evans with pink confetti and streamers: 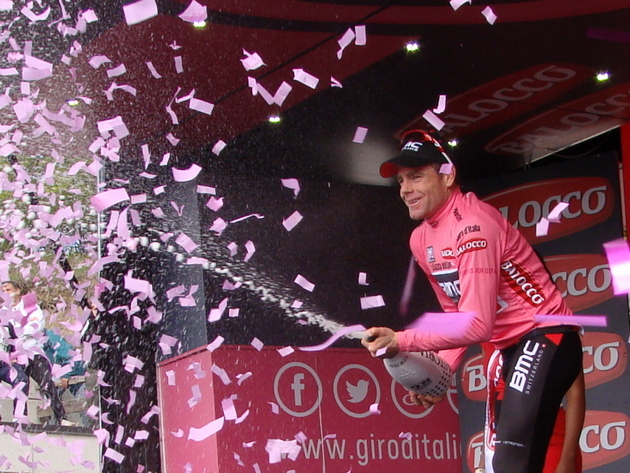 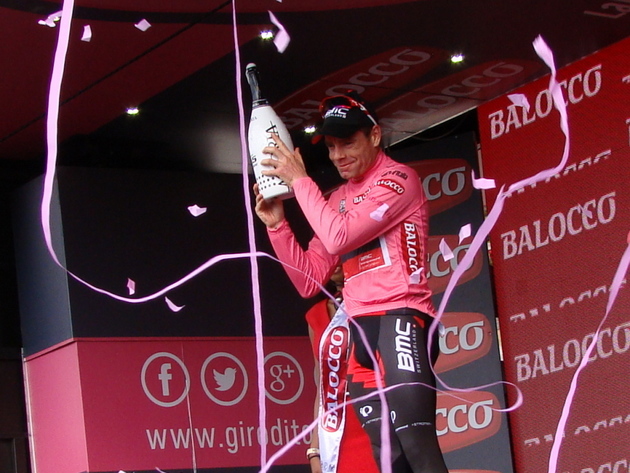 Cadel was very smiley and personable at the press conference.  He answered questions in his fluent Italian, then gave the English translations. 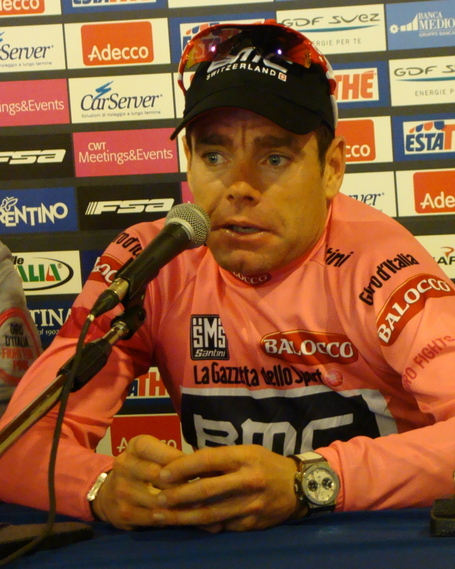