first off, a little music to set the mood.

it's that time of year again, when riders dreaming of wearing their flag on their sleeve (and torso and back) line up to find out who the best in their country really is. on the men's side of things, winning often means showing up at the tour in a distinctive and classic kit. on the women's side, it now means possibly showing up on the last day of the tour to contest La Course on the world-renowned cycling venue that are the champs in late july. but whether or not you show up in paris in the latest patriotic fashions, the pride and honor of racing in a national champ kit is something every racer dreams of, but few manage to achieve.

i'm lucky enough to have lived within a couple hours of our national championships' host cities for the last several years. and since last year, i can now travel to see both the men and the women race for the stars and stripes jersey on the same weekend. the host city since the aforementioned last year is chattanooga, tennessee, a medium sized town just north of the georgia border nestled between the tennessee river and lookout mountain. choo-choos and aquariums aside, it's a fun little town: a downtown with plenty of restaurants, coffee roasters that deliver by bike, museums, a bike share program, superfast internet... not far from attractions such as raccoon mountain and its growing network of mountain bike trails, rock city, the world's steepest railway (iirc), amazing views, a civil war battlefield park... all around, a pretty nice place to spend a long weekend watching the best cyclists this country has to offer. 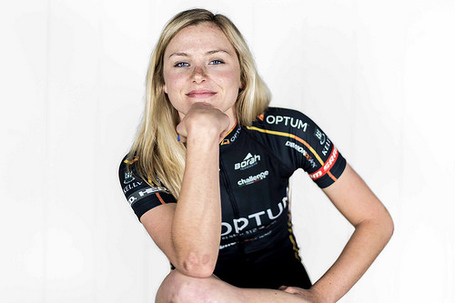 and speaking of great cyclists, let me introduce the star of this show: Maura Kinsella. you probably haven't heard of Maura yet, but odds are you will be noticing her name more and more. she was nice enough to let me ask her some questions about herself and the upcoming weekend of races. a betting man might not put all his money on her winning it all this year, but a betting man would be wise to pay attention to her, this year and in years to come. today we're going to talk about Maura and the TT, on saturday we'll talk about Maura and the RR. let's get this choo-choo train on the tracks...

first things first, a little background on MK. she grew up in st. louis, MO. "It’s Missour-eee in St. Louis… Missour-ah anywhere else," she says. for an additional lesson in the local country grammar, go here. i learn something every day. some days many things. like the fact that she grew up vegetarian, "not because anyone in my family is, I just hated the texture." she managed to maintain a meat free diet until being diagnosed with celiac disease at 19, but there are only so many restrictions you can put on yourself as a bike racer. sacrifices must be made, and adaptation is one of the names of the game. i'll spare you the details in case you're eating right now, but let's just say it wasn't the smoothest transition back to eating meat. she's raced for the iconic Vanderkitten team, NOW and Novartis for MS last year, and is now with Team Optum p/b Kelly Benefit Strategies.

my next question, the usual 'how did you get into bike racing' one, came with an unexpectedly good answer. the basics of it is what seems to be a pretty standard one in the american women's peloton, being "sick of the knee injuries of running and bored with the solidarity of the black line at the bottom of the pool," she replied. i've heard that story, or a very similar one, a few times before, but the way in which she made her debut in the world of bike racing might be a little less usual:

"Anyway, my very first bicycle race was in late February of 2009 for the local junior team, Mesa Cycles. I rode with the Cat 4 women at a race in Columbia, Missouri aptly named "Froze Toes." I crashed three times… literally. I could not stop from taking myself out. However, much to the peloton’s horror, after each brief love affair with the pavement, I hammered and hoofed my way back to eventually win the race! Not more than 24 hours later, a blog-post was written about me in which the author nicknames me "Kaboom… demonstrat[ing] the resilience of a Sherman tank". I’d have probably laughed more if I hadn’t been so horrendously mortified at the time. Moral of the story? There’s hope, gals, that even if you can’t ride a straight line to save your life, that you, too, will one day be able to race in the biggest Pro/1/2 races in the nation."

a little over 4 years later, she would come in 21st at the national TT championships as a cat 1 racer, two months after graduating from university with a biology degree. she's kept at it because "racing bikes is the closest I’ll ever get to flying!" going to school and racing/training isn't easy. nothing unheard of in the women's peloton, but it takes some serious time management; "knowing what your goals are (on and off the bike) and figuring out a way to achieve them" as she told me. she credits her coach, Shawn Heidgen, for helping her focus on quality rather than quantity when training.

we'll talk a little more about Maura's racing later this weekend. let's take a little look at this time trial. the course map is somewhat uninteresting. we've just seen the giro TT take us from one wine region to another, there's nothing quite this nice here. VW sponsors the races and has a plant in chattanooga, and the time trial is held in their back yard. it's an out and back loop, 9.5 miles in length that riders ride twice. it isn't overly technical and wouldn't be considered hilly (judge from afar for yourself here), but that's easy to say from where i sit. i've seen the start finish area, but have not ridden it, and certainly not at the speeds we'll be seeing saturday. so i will let Maura, who has some highly relevant experience on the course tell you a little bit about it:

"It's a pretty cool course; it has nice flow and since you do the same loop twice, it makes it a bit easier to gage your effort. The climb isn't steep and doesn't look too bad but it's pretty significant during your ride and if you're not careful about your effort, you could definitely blow up there the first time around. There's also a few round-a-bouts that will slow down racers who aren't as technically comfortable with that sort of thing. I think that it favors a power rider: just a super strong all-arounder like UHC's Alison Powers, Optum's Brie Walle (who came in first and second respectively at Tour of California's TT), and, of course, last year's winner, Specialized-Lululemon's Carmen Small. It's less hilly than the Gila TT but it also is a lot more technical than a flat, out-and-back course where a track rider might surprise. It's a really nice course for a TT specialist."

how does Maura feel about her chances/can i expect some VDS points? i shouldn't get my hopes up it seems. "I've only been on my TT bike three times since I didn't have it with me when I was over in Europe at the beginning of the season. On Saturday, there will be quite a few displeasing sensations going on..." if she won't be standing on the podium, what are her goals for the day? " it'd be cool to beat my last year's self (time-wise) but we'll see, considering it'll be my first race TT effort of the year!" it's gotta be painful. best of luck. whom does she foresee standing on the podium at the end of the day? " Alison Powers, Brie Walle, and Evie Stevens in no particular order. AP's an easy guess since I don't remember a TT podium she wasn't standing on. Brie's really been focusing on doing well at this race and it shows that her form is there after the TT last week. Evie is coming off a win at PanAm TT and still finished just off the podium at aToC even though her saddle broke during her ride. Of course, you can't discount Tayler Wiles, Carmen Small, Ali Tetrick, or Amber Neben who are all phenomenal TT riders."

on the men's side, i'm gonna say Taylor takes it ahead of the Zs (Zirbel and Zwizanski). and that's all i have for today. i'll do my best to show you some pics and report on the results on sunday, and i'll have some more of my interview with Maura as well as her preview of the road race. if any of you will be at the races and want to do some hanging out, let me know. we can claim the lone switchback on the lookout mountain climb as the pdc corner.

thanks to Team Optum p/b Kelly Benefit Strategies for permission to use Maura's team pic.