The week long Critérium du Dauphiné begins Sunday June 8th.  It will have eight stages including a short Time Trial, three possible sprint stages, and 4 mountain stages - three with uphill finishes. I am particularly excited about the "Queen" stage #7 with a visit to a couple of challenging and beautiful climbs in Switzerland that you may not know.

As usual it's a star studded field as most Tour de France participants race either here or the Tour de Suisse (the following week).  Defending champion and Tour de France favourite Christopher Froome heads the start list.  As usual, I am supporting Jérôme Coppel.  Feel free to use the comments telling me who will come in second.

Television:  Note:  most stages are scheduled to finish fairly early.  15:00 CET or so, perhaps to avoid conflicts with the French Open?  France 3 and Eurosport will have TV coverage. As usual go to Steephill.tv for all viewing options.

I like this course a lot.  Plenty of hills, but nothing too crazy - we should see some racing. Several chances for sprinters, but the "flat" stages are relatively tough - they'll have to earn any victories.

This 10 kilometre "near-prologue" with one small uphill stretch, will be in Lyon. The twist?  A 1.8 kilometre stretch called "Le Tube," a new cycling route through a tunnel.  It's not your ordinary tunnel: Video.

What do you need to know?  The route runs beside the confluence of the Rhône and Saône rivers.  Expect lovely city shots when they are not in the tunnel - perhaps even of the two well preserved Roman amphitheatres here.

This should be a beautiful mountain stage in the remote Massif Central. It includes four categorised climbs so the GC contenders should reveal themselves here. Col du Béal is probably closer to a Category 1 climb but it is supposed to be quite interesting.

What do you need to know? Col de la Croix de l'Homme Mort mean Pass of the Cross of the Dead Man - so that's fun. 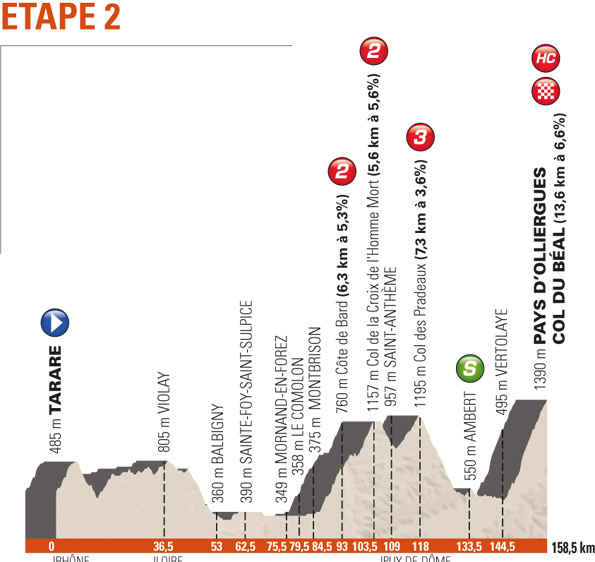 Only a couple of easy Cat 2 climbs on the first possible stage for the sprinters.  But this is a route "casse-pattes" - with endless ups and downs as it heads through the Haute-Loire and Ardèche towards the Alps.  Perhaps the flat final 35 kms will allow the sprinters to survive to the finish?

What do you need to know? The stage finishes in the Rhône river valley next to Montélimar, the home of nougat! 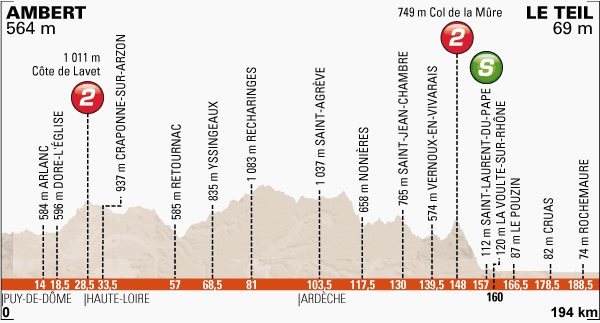 From the land of nougat into the Hautes Alpes department, this is maybe a good day for a successful escape?

What do you need to know?  At the top of Col de Manse is one of 6 Refuges Napoléon - perhaps the best known near the summit of Col d'Izoard.  Ordered to be built by the original Napoléon after his escape from Elba, they were actually built by Napoleon III in the middle of the 19th century. 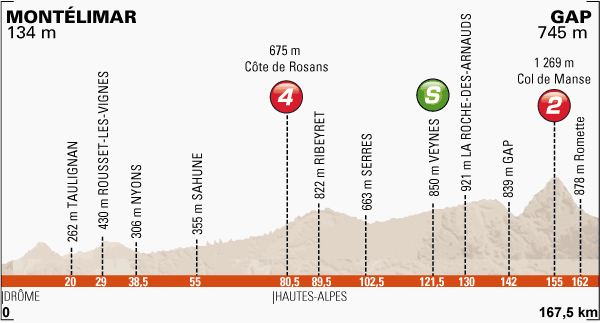 A tough mid-mountain stage.  It will climb the easy side of Col de la Morte (Pass of the Dead - notice a theme?). Between Grenoble and Alpe d'Huez, the side of Col de Morte that they will descend is a superb 15km climb sadly ignored by most Alpe d'Huez visitors.

What do you need to know?  The Côte de Laffrey is famous as the most dangerous stretch of road in France over the last century (bikes are banned).  But the Dauphiné will actually climb a tiny, forest-covered, alternate road starting near Séchilienne.

La Mure and Laffrey are at the end of the "Route Napoléon."  This 325 kilometre route starting from the Mediterranean was used by Napoléon after escaping from Elba as he mobilised a new army, leading to his ultimate defeat at Waterloo. 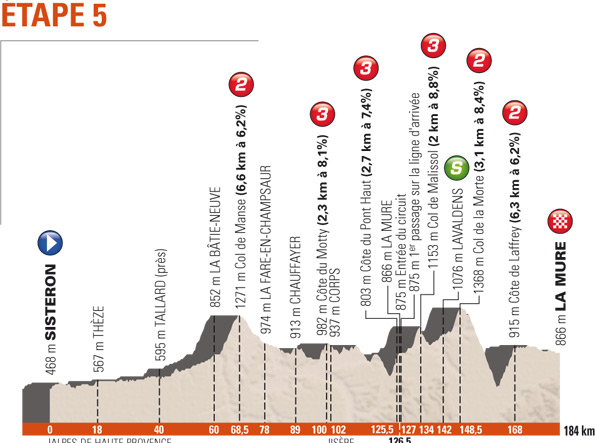 This seems like the easiest stage of the week, apart from the initial Time Trial.  But it's still probably bumpier than we think.

What do you need to know?  The organisers are working hard to avoid mountains here.  Boo!  They will pass by the Vercors Massif, under the Chartreuse Alps, below the fearsome Mont du Chat, and finally beside Le Semnoz - the biggest climb near Lake Annecy - before finishing in Poisy, basically a suburb of Annecy. 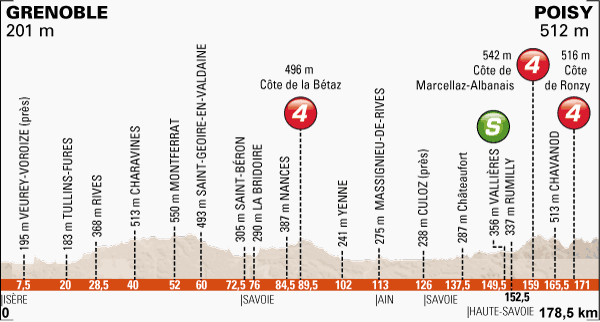 The UCI mafia is so strong that even French races now have a stage that passes nearby to Aigle.  In fact, this makes the 2nd year in a row that the Dauphiné does so.

I'll spend a little more time here as this is the must-see stage of the race, certainly the most beautiful.  The route visits some smaller French climbs including the steep Col du Corbier -- a recent Dauphiné regular. It then heads into Switzerland via the Pas de Morgins (recently in Tour de Suisse) for two truly superb climbs. 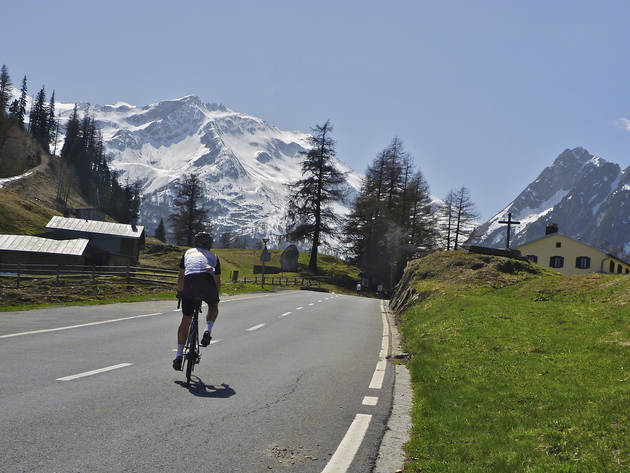 As thebongolian has pointed out, this is a very steady climb, a tribute to Swiss engineering. 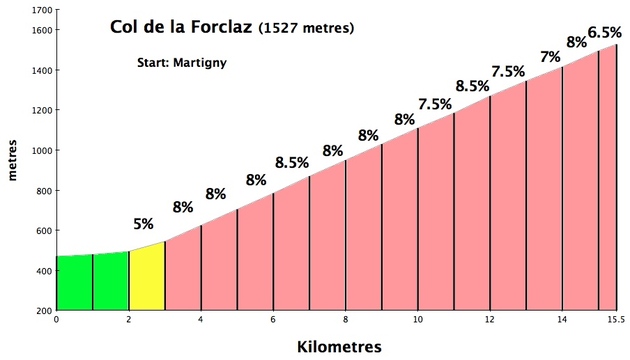 Finally -- woohooo -- the stage will climb to the barrage d'Emosson.  One of the biggest and most beautiful alpine dams in an area that has quite a few beautiful climbs to stunning alpine dams.  This is a tough, steep climb that also happens to be drop-dead gorgeous.  Looking at the altitude on the stage profile it appears they will finish just past Col de la Gueulaz at the parking lot just above and slightly before the dam.

For me, this is a surprising and exciting choice for a stage finish - truly paradise.  If you want more information here is an old blog post about cycling Col de la Forclaz and Barrage d'Emosson. 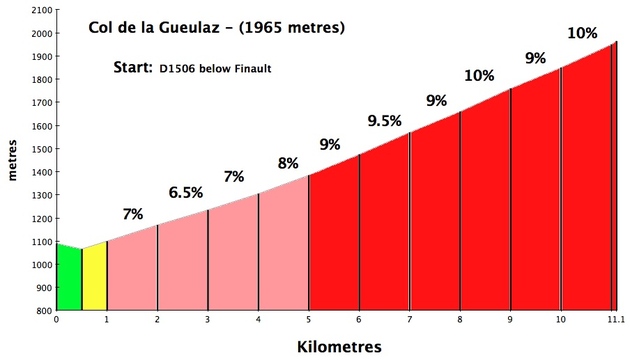 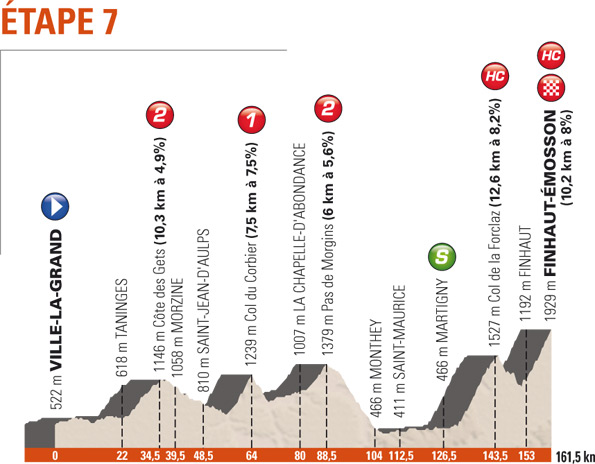 What do you need to know? The original dam here provided the electricity to run the Swiss railroad.  At roughly 2000m of altitude, the current dam is a joint Swiss/French project producing 870 Gwh of electricity a year.  There is a beautiful smaller dam/lake even higher.  By the way, the trails above the smaller dam are famous for well preserved dinosaur footprints, but this is another story. 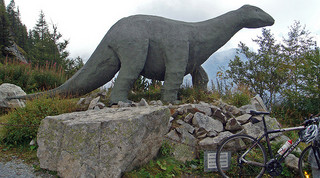 Stage 8 is nice and short but has plenty of bumps.  Of interest to some might be the inclusion of the Domancy climb (small monument here) -- site of Bernie the Badger's World Championship victory some decades ago. Saisies is a nice, scenic ski-resort climb, and ultimately, to end the race we will have a gentle uphill finish.

A fun stage without being ridiculous.  If the GC is still close, one last chance for a decisive attack. 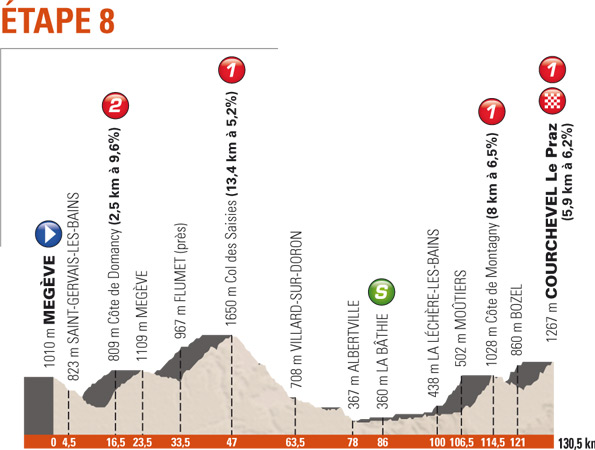 What do you need to know?   This "Courchevel" finish at 1267 metres is sadly well below the main town of Courchevel and well below the high point of the paved road at the famous alpine "airport for the rich and famous" (signs in Russian) at 2010 metres  Oh well.

However, the stage finish at Courchevel Le Praz is precisely where the 1992 Albertville Olympics ski jumping was held: 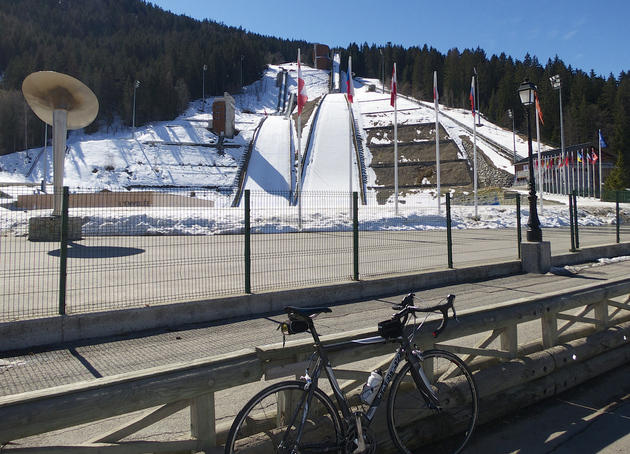 Again, I think this is an interesting Dauphiné route.  Plenty of mountains, but no ridiculously huge stages.  Some sprinter opportunities, but only if they work for them.  Few of the old stand-by climbs and hopefully some new roads that will interest cyclotourists (hint:  visit Emosson).

So who are you sending to this race?  Me?  Team Moo is sending 8 riders including Demare for the sprints and Coppel for the heart-break.

Here is the official route video: