Our man Patrick was in Diksmuide last week for the time trial which would decide the Baloise Tour of Belgium, a/k/a Ronde Van Belgie. Yes, we were all distracted by the goings-on in Italy, and for good reason, but the Belgians were putting on a rather lovely race, now that the weather is nice. Here's a little sampling of the stars on the road. 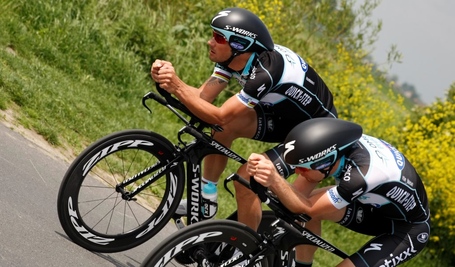 OK, out on the road now. The crowds weren't overwhelming, but Belgium is generally a quiet, lovely place.

And heeeeere come the riders! 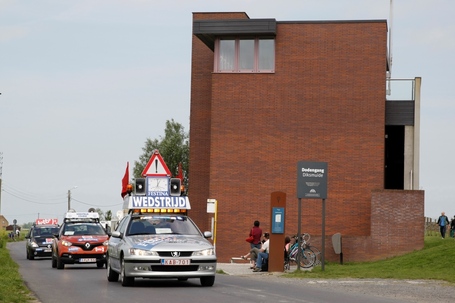 Did  I mention spring has sprung? Not that this Veranclassic Doltenicini rider has time to notice. 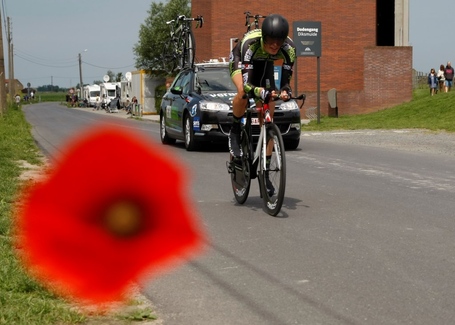 Hey, it's Texan Chad Haga! Chad finished middle of the pack on GC. 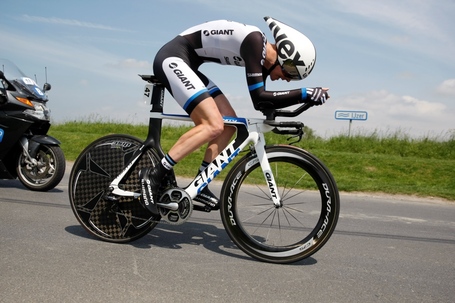 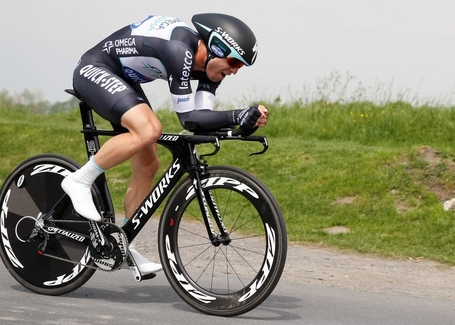 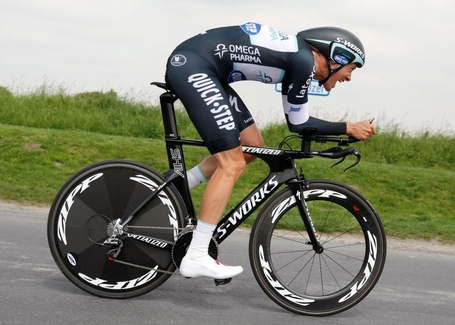 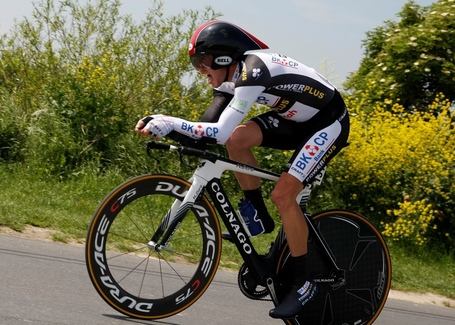 Oh, and Sep Vanmarcke is back in the saddle from his post-Classics break. 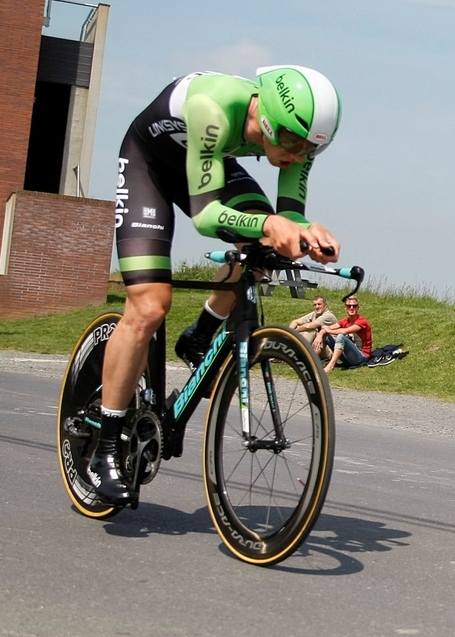 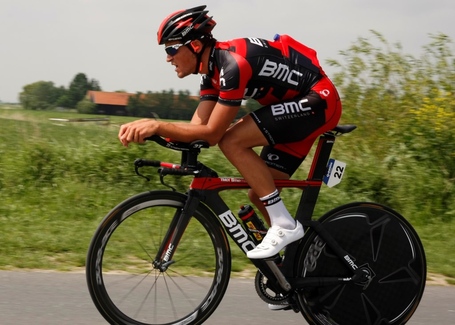 Overall leader Tom Boonen, getting ready to pass along the jersey: 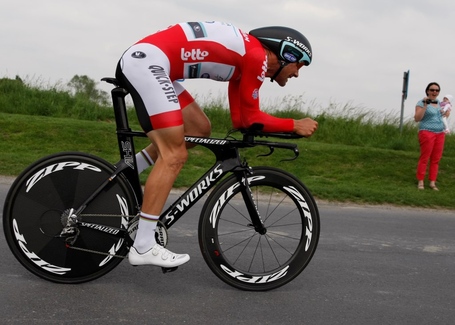 Philippe Gilbert, not a stranger to his time trial rig: 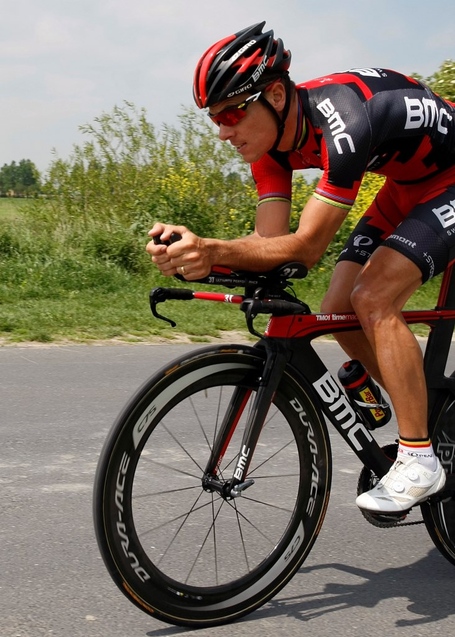 Mathias Brandle, on a top-5 ride: 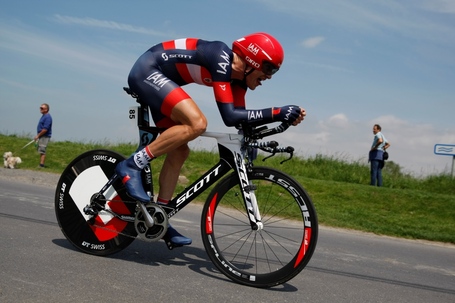 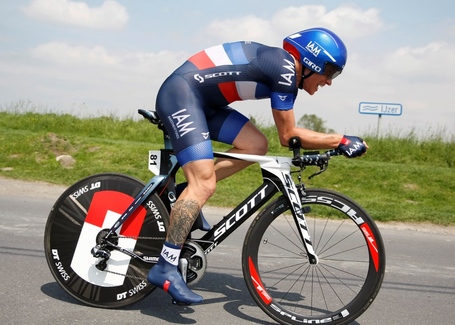 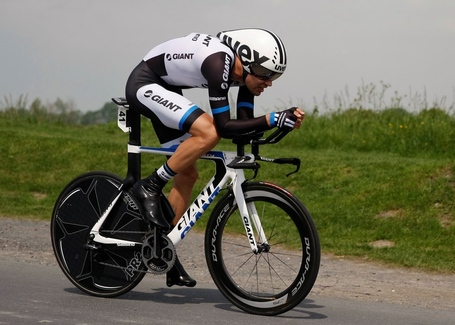 And your winner? Die Der Panzerwagen, not really leaving any doubt. 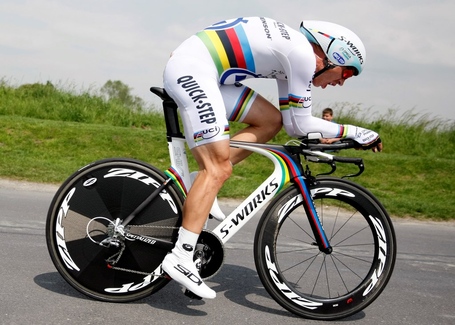 Dumoulin and Chavanel were both within 26" on the day, but everyone else said adieu to their chances when Tony Martin rolled up another win. Chapeau!