This stage was always going to be the most predictable of the race - completely flat, with a small climb in the middle, and nice, wide roads for a sprint finish. The only thing we wondered was what would the wind do... All the results from the hot day on the coast - and we look ahead to tomorrow, and the first big climbing day - what do you think will happen? Video and photos to follow later

Share All sharing options for: Giro Rosa Stage 5 - the last day before the mountains - and Marianne Vos

Sadly, no echelon action - but the fact it came down to a sprint finish wasn't through lack of trying. Before you do anything else, read Chloe Hosking's blog about the day, it has really great insight into how teams ride on days like this.

and the full highlights from Italian tv - click through to watch, we can't embed.

Lots of riders tried to change the script and get away, but with the pace staying really high, especially with tail-winds in the first part of the race, there wasn't much opportunity.  Once more we saw Hitec Products do their best to animate the stage, with Audrey Cordon trying to escape - and when it was coming up to the climb, Roxane Kentemann (Rabo-Liv) and Valentina Scandolara (ORICA-AIS) attacked - but Anna van der Breggen (Rabo) crossed the climb first, with Scandolara behind her, taking enough points to keep her Queen of the Mountains jersey for one more day.

There were cross-winds, but not enough to do damage - and despite attempts to get away throughout the race, once it came into the end of the race, once again we saw ORICA on the front making it very fast - and trains forming, the Rabo team working perfectly, to take Vos' third win of this year's race.  Here's their video with Marianne Vos describing the day in English

Here's Wiggle's video, with second-placed Giorgia Bronzini, who was very disappointed in how she started her sprint early - and their new DS getting his first taste of how the roadbook at the Giro is sometimes a loose interpretation of the race!

There was no wifi last night, but Valentina Scandolara very kindly answered some questions for us this morning, on Stage 5, keeping her Queen of the Mountains jersey, studying on Tour, marching in the Italian army, and more - read them here!

Update! Lovely photos from Wei Yuet Wong, on his Tumblr

If you want to catch up with the first five stages of the Giro Rosa, omnevelnihil and I did a podcast-recap of the race so far - listen to it on our blog.

Of course, tomorrow, everything could change - it's the first day with big climbs, including some rough, narrow roads, where mechanicals could play as much a part as skill. 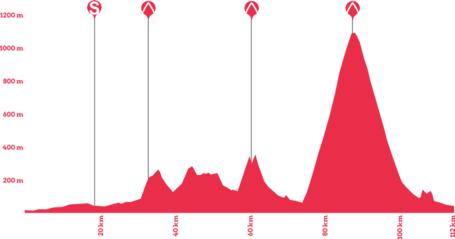 That looks like a great day for GC change - lots of little climbs for riders to escape on, and if the top climbers escape on the big mountain, a good descent for riders like Vos to catch up and overtake.  So far we've seen a lot of action from Rabo, of course, and Hitec, and ORICA in the sprint stages - but will everything change tomorrow?  What are your thoughts?  This one's going to be good!

In the meantime, Rabo are spending the evening getting excited about the football...

and given it was a LONG transfer day yesterday, here's Rabo's profile of bus driver/soignie Gerben de Boer