Today in Sponsorship and Ownership...

Cannondale and Garmin, together at last! Also, bribery is bad and Oleg Tinkoff is worse

Share All sharing options for: Today in Sponsorship and Ownership...

Couple items that need their own real estate and, while they bear almost no resemblance to each other, I'm tossing them in together anyway.

Today, one of the industry's worst-kept secrets was confirmed as the current Garmin-Sharp team announced its deal with Cannondale the sponsor, as well as some remaining portions of the former Cannondale/Liquigas team. VeloNews covered this one rather thoroughly, since I think they park in the same garage as Vaughters. So I don't want to repeat everything, but know:

OK, that's the positive note... on to the negative!

Today comes word that Alexander Vinokourov and Alexandr Kolobnev are being accused of bribery by virtue of Vino's alleged EUR150k payout to Kolob in exchange for the win in Liege-Bastogne-Liege in 2010.  Investigators have documentary evidence of a monetary transfer that Vino calls a "loan." Done laughing yet? Apparently the Belgian police are.

This story is just so... weird. OK, it makes complete sense that in Belgium the need to protect the integrity of cycling results (seriously, stop laughing) is a prosecutorial priority. Is there any precedent for going after one of the most honored traditions in cycling? And why exactly is this a crime? If I'm at Zaventem Airport and I pay someone $5 to let me cut in line at the Tintin Store because my flight is leaving soon, is that a crime? I thought bribery only mattered when you bribed someone into violating a public trust. Are cycling results a public trust? Should professional wrestling get out of Belgium before it's too late?

Sponsors Behaving So Incredibly Badly That They Should Be Banned... Or, Today in Oleg Tinkoff's Twitter Feed

So this happened. [Marginally NSFW or thoroughly nauseating material ahead; you may not wish to read on.]

Here's a snapshot of the twitter feed, to give you some context: Pretty outrageous. 100% inappropriate. In fact, If you asked me to think of something less appropriate to utter in public as a snarky putdown than citing the mass-murder of innocent children by a neo-nazi lunatic, I wouldn't be able to (nor would I offer to try). To be clear, he isn't laughing at the mass murder of Norwegian children. He's merely using it to taunt a Norwegian fan who objected to another stupid thing Tinkoff said.

Here's a snapshot of the cycling journosphere reacting to an obviously explosive story: 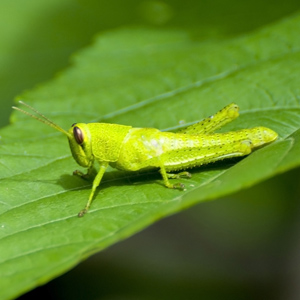 Courageous. How is this not something that should start a conversation about banning Tinkoff from cycling, at least for a little while? Maybe it's the American response for me to say that -- after all, the NBA just successfully kicked out a racist cretin owner for making racist cretin remarks. Part of the outrage had to do with the fact that being racist in a league of predominantly black athletes was a losing strategy on so many levels. One would like to think that racist comments by a team owner in an all-white sport would also lose his franchise... and one would probably be wrong. Who knows. Another major caveat is that kicking out Donald Sterling meant that they could sell the team to Screaming Microsoft Guy for $2 billion, with a b. The parallels to cycling start fading pretty fast.

That said, the UCI has its sporting criteria to consider when licensing World Tour teams, and while Tinkoff hasn't said anything racist (that I know of, in the last 48 hours), he has said presumably the worst thing possible to say to a Norwegian right now, while presiding over the sport's most prominent Scandinavian team. I don't really know what should happen here, I'm not an expert on the integrity criteria. But I know a few things:

Here's an exceptionally weird wrinkle: this whole stinking mess began with Tinkoff going all Tinkoff about his feelings for the progress of negotiations with Edvald Boasson Hagen, another Norwegian demi-star. Now what does Eddy Boss do? Does he still have an offer from Tinkoff? Can he accept it while maintaining any dignity? Let's be real: outside of the mega-money sports, where the difference between $150 million and $160mil really doesn't matter, athletes earning something closer to real-world dollars have to capitalize on their physical gifts and maximize their earnings over the short window of their pro athlete lives. If Eddy Boss doesn't have a better offer, either monetarily or competitively (working with Sagan makes some sense), then he could find himself at Tinkoff-Fuckoff next year despite the owner's attempt to demean his country. And I wouldn't blame him. But I hope he has other competitive or even better offers out there.

In all, I guess I can't expect anyone to do much over this, but I know this for myself. I will not root for their guys, if I can help it. [Majka man-crush aside.] I wouldn't even think of buying anything with Tinkoff's name on it. I hope the cycling world will condemn him into shutting his hateful mouth for once, and that over time we won't need owners like him at all. I hope the UCI thinks about whether it finally has a responsibility to stand up for the integrity of the sport and deal with this awful human being. I can hope.