Share All sharing options for: Vuelta Stage 6: Ready For Takeoff!

Theme of the Stage:

Just when I thought I was out, they pull me back in!

Climbing. Well, more stunning scenery... just Málaga and Granada, two more gems, if you're scoring at home... and a long occasionally climby run-in to THIS! 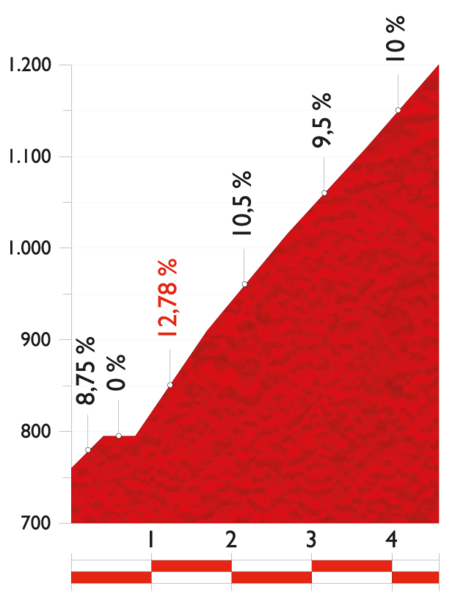 Ladeez and gentlemen, dames y herren (my Dutch is also spotty), it's your first mountaintop finish (MTF) of the Vuelta! This beaut, the ascent to La Zubia, averages about 8% for 4.6km, and comes at the tail end of a stage that wouldn't seem difficult if not for the blazing Spanish sun. So, cold-weather guys might be in for some misery, but then what the hell are they doing at the Vuelta in the first place?

La Zubia is nothing dramatic in cycling terms, though it is a 3000-year-old human settlement that has gone through Moorish occupation (Go Moors!) and the usual Catholicization stuff, to the end that there's some sort of convent around here. Anyway, it's a hilltop village, and what's not to like about hilltop villages?

Not so much the GC guys, or so you'd think. I am not up for a history scan, so I'll just say by memory that I can recall times when a not-terribly decisive ascent like this nonetheless drew out an early GC guy making a play for World Domination. Question for Nairo (speaking of impending world domination), do you play the patient game or the intimidation one? My guess is the former... but if this were 2% steeper, you might see the latter. So, if La Zubia grows overnight into a 10% climb, there will be GC implications.

Barring that, I would peg this as a stage-hunter's game for climber types. There's a long list of riders in need of some attention and points. Samuel Sanchez? Amets Txurruka? Alex Kolobnev? [Needing a change in the type of attention he's getting.] Johan Chaves? Chris Anker Sorensen? Take a wild guess.

Someone in a Belkin uniform. It's just early and inconsequential enough for these guys to break out.