I like to think that over the years I've developed a good track record of occasionally tracking back to earlier predictions for the purpose of seeing if any of them worked out, for good or ill. It's a fun exercise. It's even more fun when it's someone else's predictions. 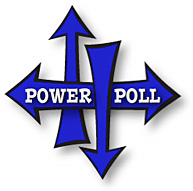 The She-Bear is all about Spanish cycling, if you hadn't noticed. So when the rest day arrived last week, she (actually he) went all in on the GC rankings. Let's see how that panned out...

Why he might not win- A couple of reasons. First he's an okay chronoman and there's a couple of borderline great chronomen breathing down his neck. One can't expect him to be in red after the TT on Tuesday.

What Actually Happened: Well, he certainly did relinquish red after the TT. I think he may have even left a little red on a guardrail that day. Sadly he crashed out for good the next day.

Grade: Incomplete. Ursula was bullish on Quintana's chances, as was I. So since he agreed with me, I guess he must have been right.

Guy's got a new nickname: The Shoveler. Cause he's shoveling a whole lot and it ain't sand folks. Until his crash in the Tour he was having a great year: vintage Bert. And it looks like the crash has only slowed him down a little. ( I say the pre-crash Bert would have finished off yesterday's attack.) He should produce a very good TT, somewhere in the vicinity of Froome and either be first or second going into the serious mountains. And besides, he doesn't need to be the best climber of the GC riders to win a Grand Tour. Ask J-Rod what happened two years ago. Or ask Froome today because Contador's attack on the last stage happened when Froome started showing weakness. The Shoveler is the best racer of the GC guys and probably only Nibali and maybe Valverde can rival him in that regard.

What Actually Happened: Contador crushed the time trial and watched the rest of the competition slowly unravel over a few days in the Picos de Europa.

Grade: A. Bert's race savvy has put him head-and-shoulders above the field.

He's got a killer TT and a good enough climby team around him. This rest day may benefit this guy more than anyone else.

What Actually Happened: Something along these lines. Froome was slow to get started and didn't produce the special day we thought he was capable of in the time trial, but he's been the second-best rider ever since. By default, but still.

Grade: B+. It's not like only a genius could see him beating Valverde.

Basically Al knows how to conserve his energy which dovetails nicely with his superior Classics riding skills. And he does this while not being the best climber. Yeah he won the first MTF but that mountain was short enough to be in his Classics wheelhouse. He knows how to limit damage better than any of the other riders here.

What Actually Happened: There's a fine line between limiting the damage and being damaged -- at least as far as how you describe what a rider is doing. But since Valverde is still clinging to a soon-to-evaporate 3" lead over Froome, I can go with Ursula's description.

Grade: A-. A moment of weakness on my part? Won't happen again.

His TT tomorrow for one and the TT on stage 21 for another. And the jury's still out as to how good a climber he is in this race. While better than his Tour form he's not where he used to be.

What Actually Happened: No stage wins, no major moves up the chain. Yep, J-Rod ain't what he used to be.

Grade: B. All Ursula did was throw up his/her hands and predict the status quo. Which means s/he is qualified to be a network TV sports announcer.

In the Age of Specialization, Aru might be leading the way towards even further specialization. He's not just a stage climby specialist like say Contador or Froome but he's pointing towards an Andy Schleck model of just concerning himself with the Grand Tours.

What Actually Happened: Ursula continues to nail the pecking order, minus Nairo, as Aru sits fifth, behind those other guys. His development has been tremendously interesting, and he pocketed a stage win along the way just to make sure you noticed.

Grade: C+. It was an A- until the Schleck comp. That was uncalled for.

Until his breakaway win yesterday he looked to be ticketed for the same finish. But maybe today will give him the needed boost to land in the top 10. Something to watch for.

What Actually Happened: He sank out of the top ten, now at 20th. We've been watching, that's for sure. What, I dunno, but we're watching.

Grade: B. You can sense the reluctance to stick his/her furry neck out on this one, and with good cause. What Ursula really meant, but was too nice to say it, was "he just burned himself up on a stage win and won't be heard from again."

Not off to a great start, since there apparently is no #8. Which is particularly inexcusable since you can count to nine on two paws.

Since the Giro he's only ridden de l'Ain, finishing a not so robust 22nd. I like the Big Rig. But he's not a top tier GC guy.

What Actually Happened: Uran imploded yesterday, surrendering a likely top-5 placing and plummeting all the way to 16th. This really has been a shitty Vuelta for Colombians.

Grade: B-. A bit more definitive in the pessimism props up a reasonable effort.

What Actually Happened: Martin has a stage win and is hanging on to sixth place, albeit with far more risk of plummeting and no real hope of moving up.

Grade: B. It's not entirely clear what Being Bauke translates into, but one version is "sixth in a grand tour," as Mollema was at the Tour de France last year... which as a name-check here is not too shabby! But he probably meant something else. We'll never really know.

Man with a heart finding some decent form. Let's see how he handles the big mountains though. We know he has the talent for a top 10 finish but does he have the form?

What Actually Happened: Yes, he apparently has the form. Gesink is 7th overall, making this a better race for Dutch riders than Colombians.

So far mission accomplished. Might even keep a top 10 place; top 15 seems very realistic. Very nice step up in class.

What Actually Happened: Sitting ninth, a quantum leap in his performance, which of course is foreshadowing doom to not just him but all of French cycling.

Grade: A. Yeah, maybe WillJ influenced this vote, but the last sentence was spot-on. There's some potential that Barguil's performance turns out to be one of the more memorable ones from this lot.

Looking wobbly on the last stage after a good finish on the first MTF. Gut check time-should score a decent TT to move up the ranks again. Top 10 though is looking difficult. Take off the Buy order but keep it at Hold.

Grade: A. I can't think of too many people who were as bullish about Kelderman's chances, so props for calling a nice result for the young fella.

Chaves is easily the standout of these kids.

Slipped a lot yesterday though. Realistic chance at a top 20 finish. If he can find his legs, top 15 easy, top 10 maybe.

What Actually Happened: 30th, almost an hour back.

Grade: F-. Why was Ursula so in love with all the Colombian riders? Oh, and by "this really has been a shitty Vuelta for Colombians" I also mean "Carlos Betancur is the Lanterne Rouge."

Grade: Incomplete. Props for acting like we shouldn't care, since we don't.

EVERYONE OFF THE PINOT TRAIN! THIS IS THE LAST STOP!

Grade: D. Not that he was wrong, just that I don't want to hear it. Actually, the reality is that Pinot was only ranked out of a sense of "hey, what's he doing here? I bet something good will happen because he rocks." Well, he does rock, or he did, very much so, in the Tour de France. But the chances of a Frenchman saving something for the Vuelta after finishing on the podium of the Tour, at age 24, are -100%. So no, it wasn't gonna happen.

8. Samuel Sanchez: He's got Cadel running bottles to him. Also racing rather nicely, for an old dude.

10. Damiano Caruso: Slightly encouraging performance, insofar as he's marginally improving on his best grand tour results from past years despite reconfiguring his season after crashing out (? getting sick?) of the Dauphine.

11-14: Navarro, Moreno, Nieve, Sicard: Someone has to finish here. The fact that Ursula didn't mention any of them probably reflects the difficulty any of us would have had in trying to sort people from this pack.

B+. I'm in a good mood today. Also, name another woodland creature who did a better job of calling the Vuelta GC.