It's becoming a tradition, I've been there almost every year, and once again it was a beautiful day perfect for race watching

Got there before the start, but it seems that the Jumbo guys didn't want to see me 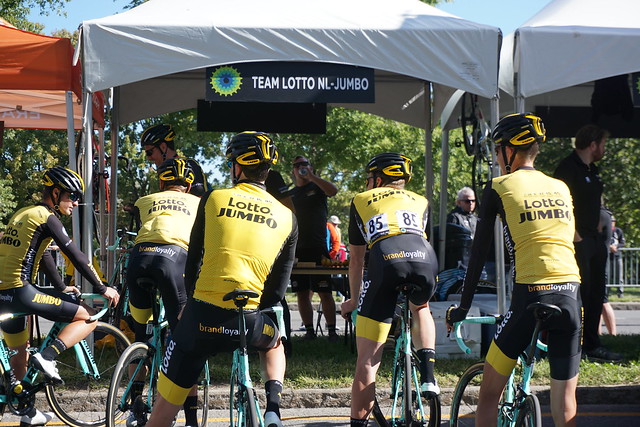 Toms Skujins was there as well 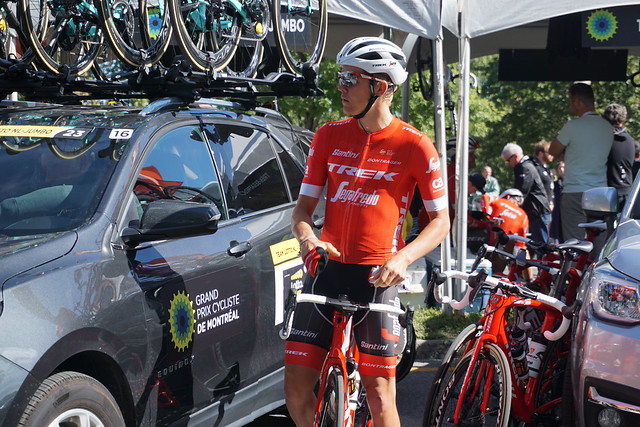 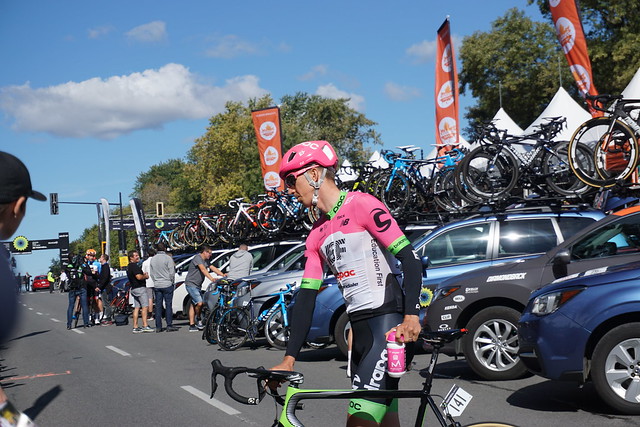 Probably not enough cobbles here for him 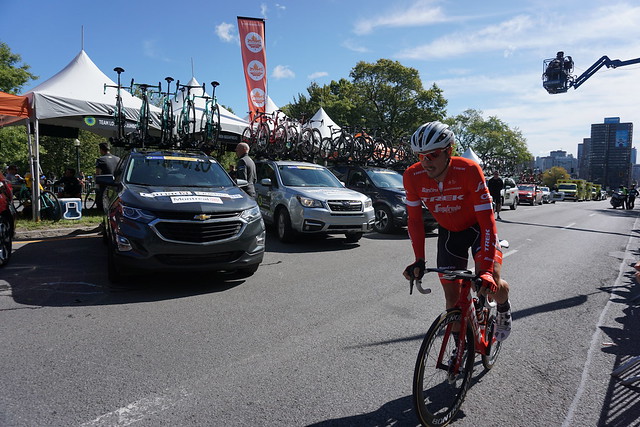 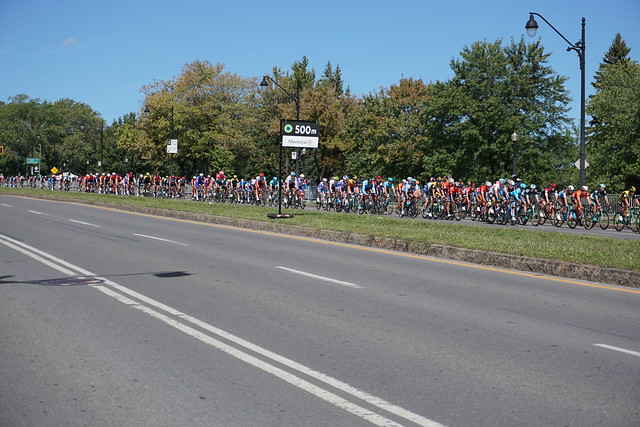 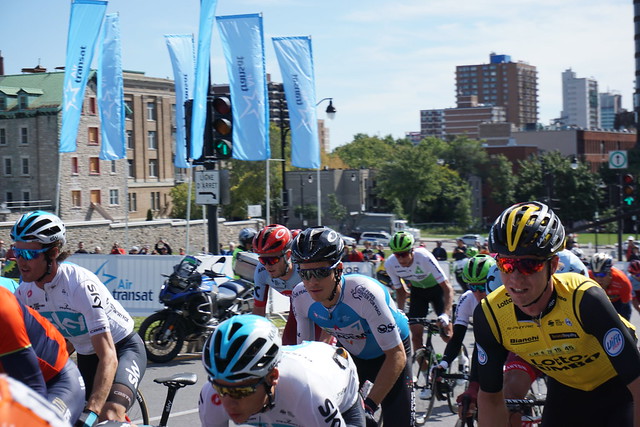 Course was slightly redesigned. A long boring part was replaced with a little more climbing (and a much more fun street to walk on). Good change. 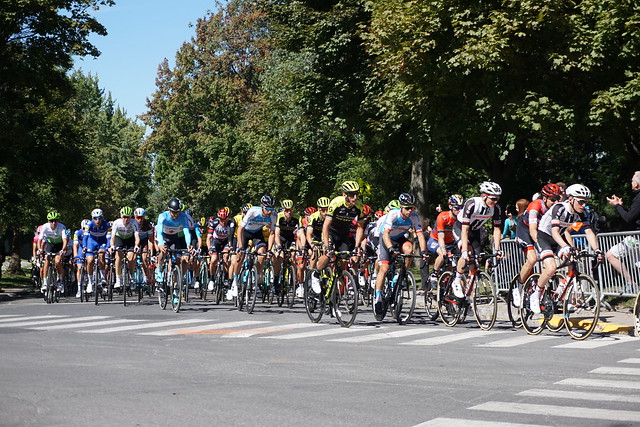 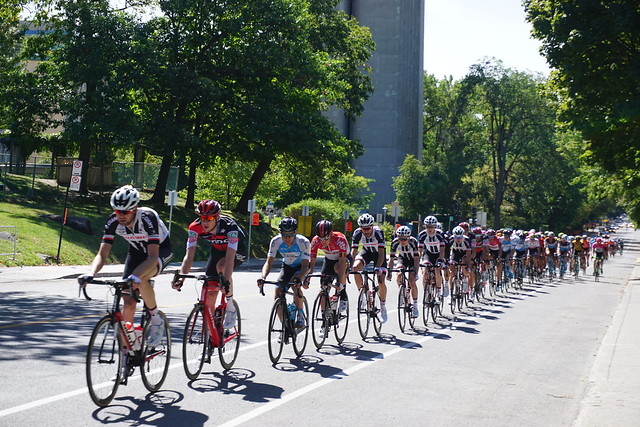 Hugo Houle in the break had massive fan support all day 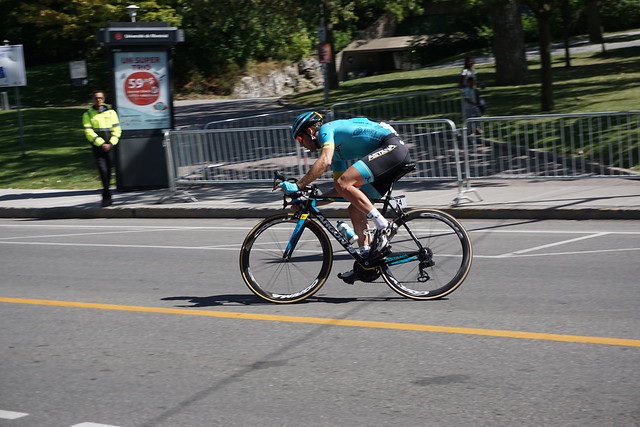 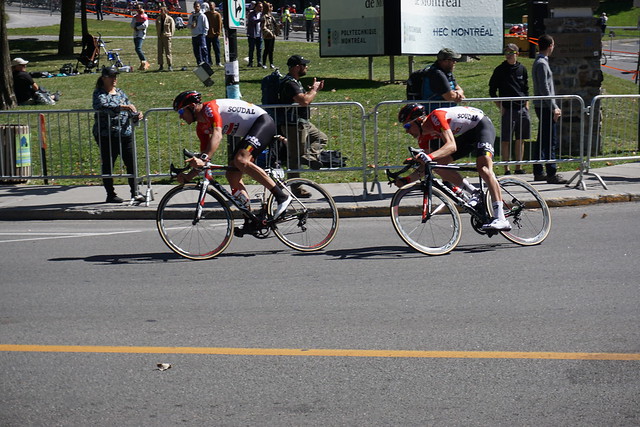 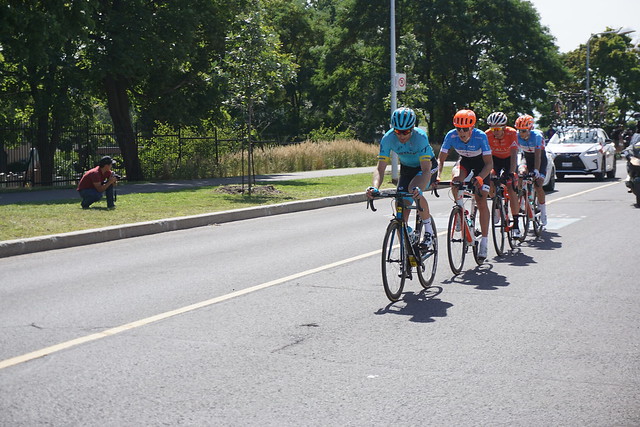 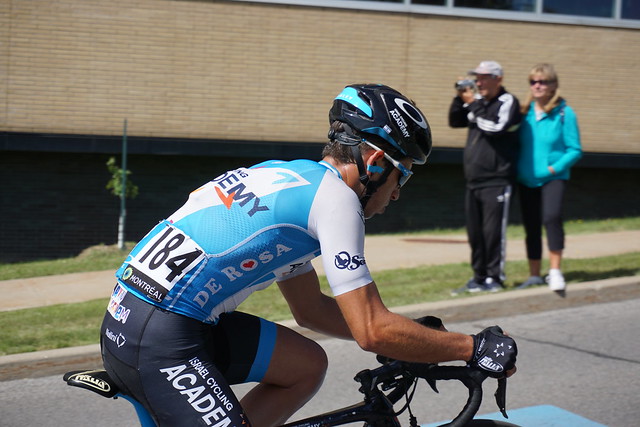 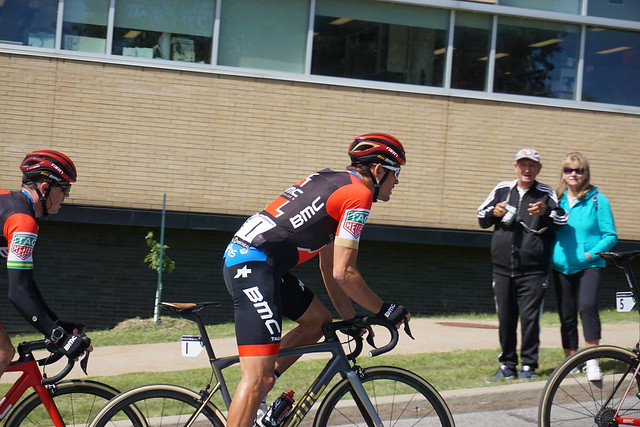 Faster than the bus 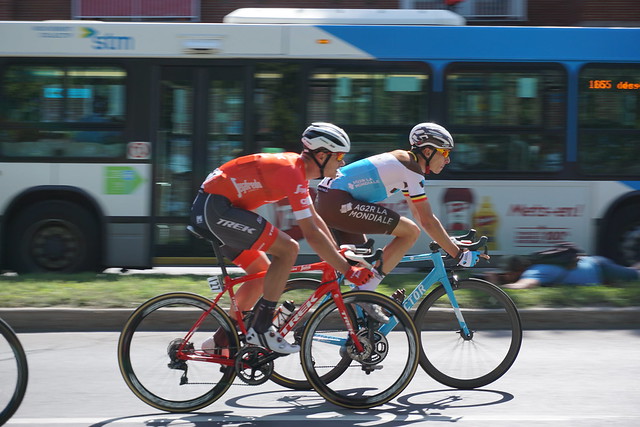 If I did this, I would crash so badly 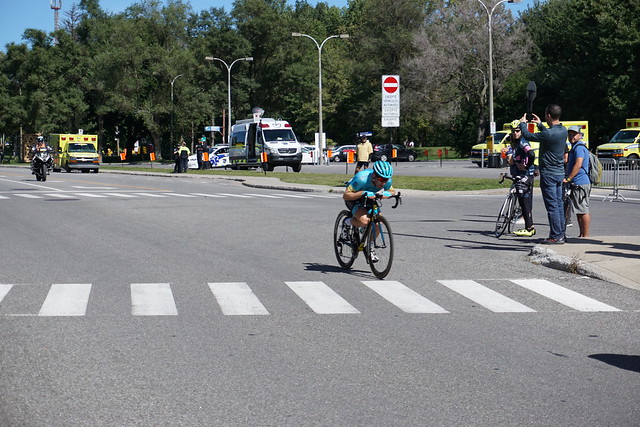 Going much, much faster than 40 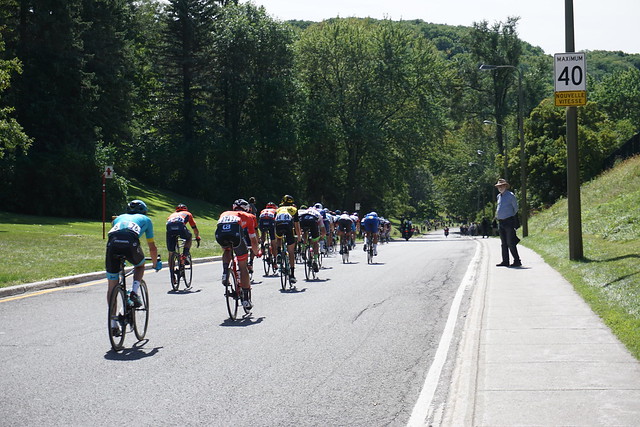 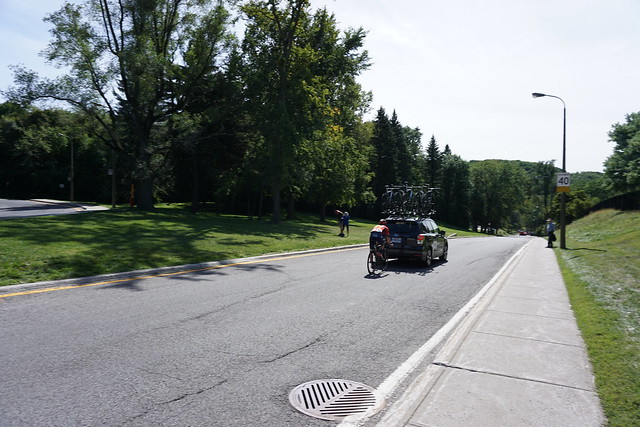 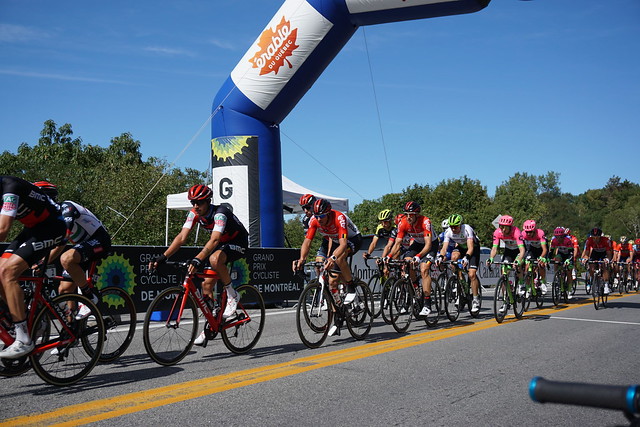 Charles-Étienne Chrétien, 19 years old, looked good in the break all day and now I feel so old 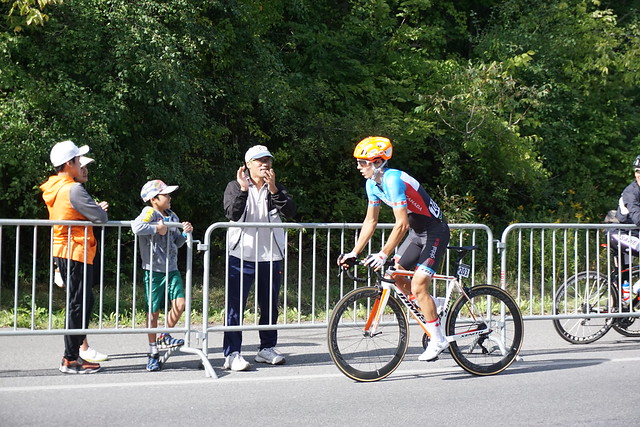 The peloton starting another climb 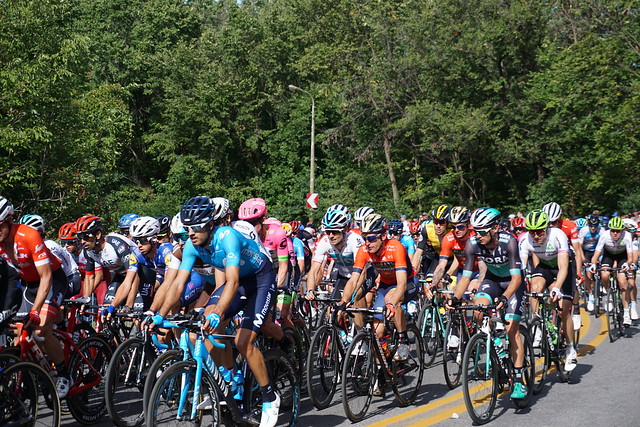 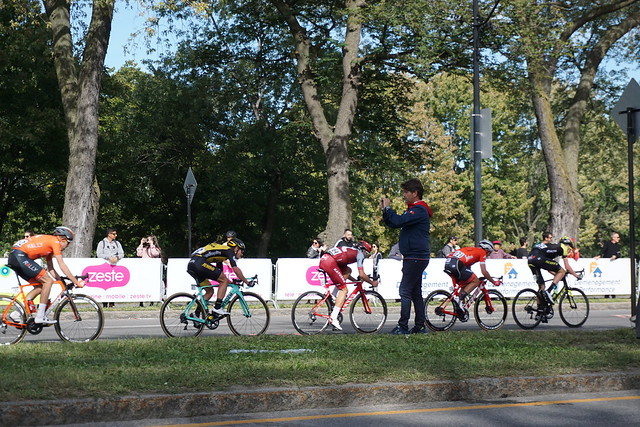 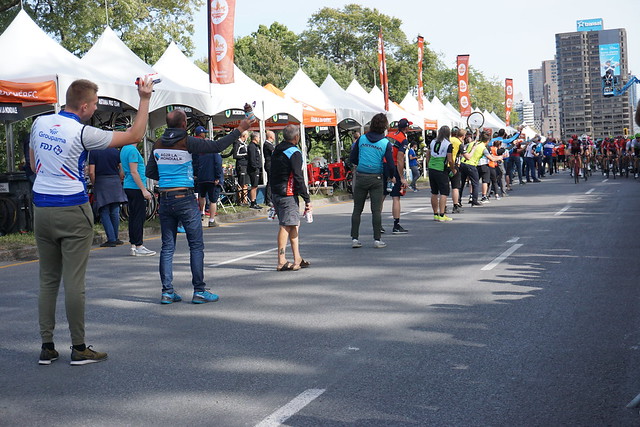 110m to go, a very blurry Colbrelli leads and Matthews doesn't look like he'll make it (incredible how these guys are fast in a sprint) 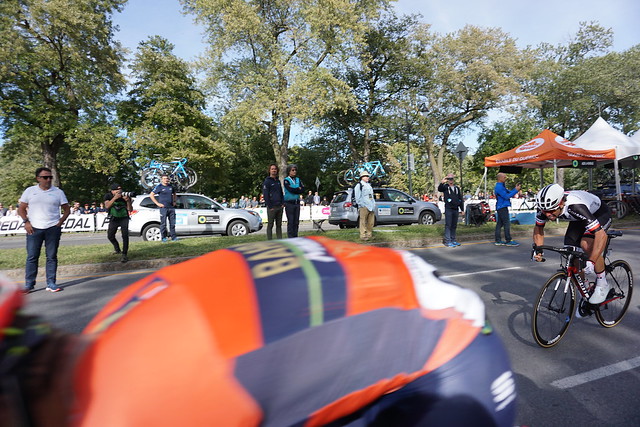 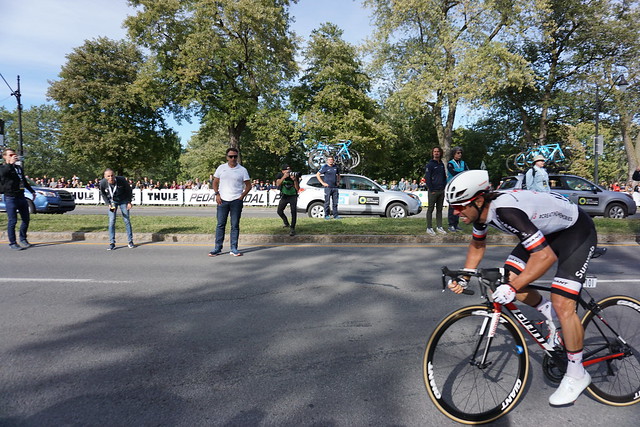 But as we found out later, Matthews indeed made it, passing Colbrelli right before the line 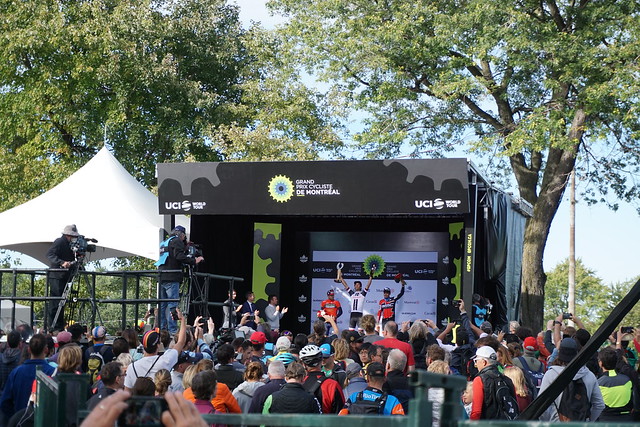