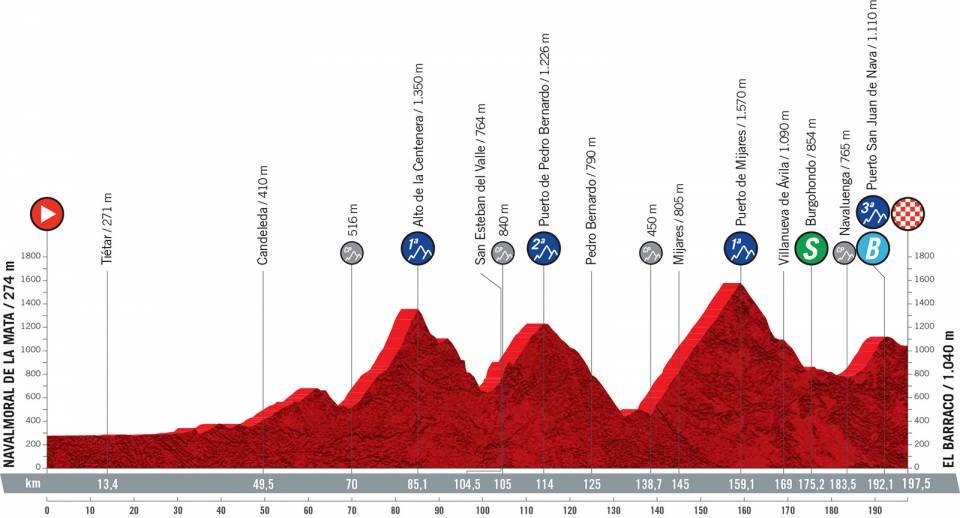 Mas climbing por favor! But the real action is probably in France.

Looks like another stage GC riders won't give a shit about. Let a safe group of semi-plonkers up the road to fight for the stage and then Cofidis can pretend like they're seriously trying to get the jersey off Odd on the last two climbs.