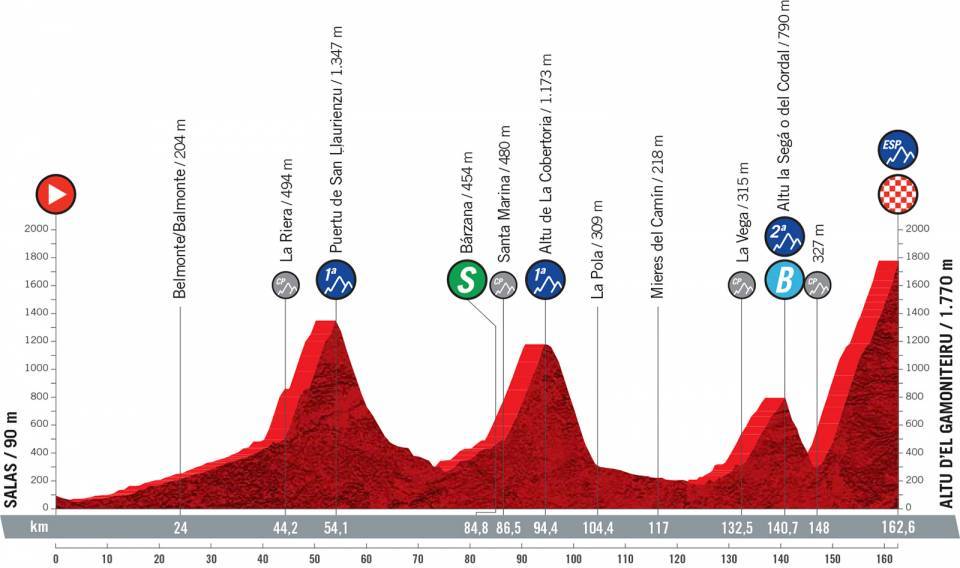 I dunno, if yesterday was the queen stage then what do we call this? It looks like the Vuelta has found another Asturian beast to torture the peloton with and it comes after two other brutes earlier in the stage. Rog better not be feeling yesterday's adventures in his legs or this could be a rough day.