196k, just over 4500 metres in altitude gain (that’s a lot…) and hardly a flat bit of road bar the first 40k. Monte Scuro (6.1 kilometres at 9.7%) is the hardest climb of the day but none are easy and as Sean will no doubt say on comms, it will be a build up of the fat-eeeg that will play the biggest role. The finish has the last 350 metres at 8%.

That finish says that this is for the type of guys that were there on stage one at the pointy end as there’s a climb of 2.3k at 4.9% just 7k from the line. The overall parcours though point to a breakaway day. Still, a win in a GT is a sort after thing and it may well depend on who is in the break. Teams that miss out or if they don’t like the chances of the rider they have there, might decide to put their man in play. IWG and Alpecin being the obvious ones. With no one to look after on GC, they could ride and keep the break close enough.

An intriguing stage really. The GC teams with Blockhaus on the horizon will be happy if it’s a day for the break though so there’s unlikely to be any help from then. The sprinter teams won’t be interested either so a win to the break is the most likely option but I wouldn’t rule out MvdP and Girmay liking their chances in a reduced bunch sprint. The other possibility is they go in the break but then stage 8 is another chance for them too and will they want to waste energy? The one prediction I will make is if one tries to get in the break, the other will follow.

Assuming it is a day for the break, then they’ll need to not be a threat to Pink. They’ll also need to be able to climb and though this isn’t monument length, LBL type riders would be the best bet. There’s also a lot of KoM points on offer so Lenny will be wanting to pad out his lead and after Tuesday he’d probably start as favourite if it wasn’t for the fact that he’s second overall! Hard to see Trek letting him go, harder still to believe he won’t try. Should be worth watching the start.

Fwiw, it’s a flat start so it won’t be easy for some of the lighter climbers to make the break but otoh, teams will try to keep it in play till the Cat 2 climb and then you’d expect a strong group. It’s a big chance to make up some places on PG so I’ll keep my cards close for the moment. I’ll make up my mind at home or in the car…

Of course if you don’t trust me (and who would) have a look at the startlist and make your own minds up. 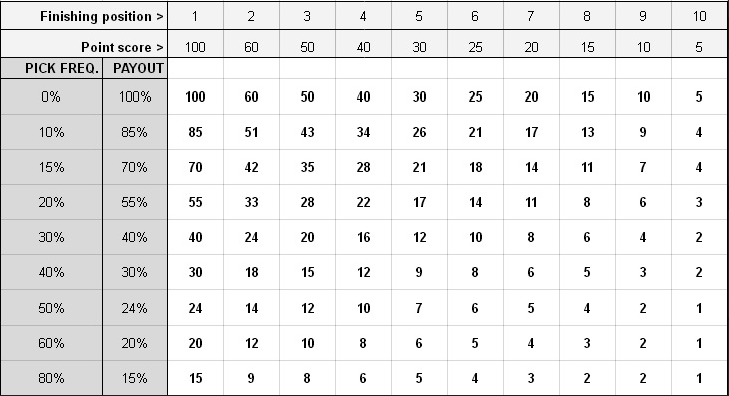