Well, I went to a bike race today. It's been a while. First since the pandemic started anyway. We really did think twice. It's a 2 and a half hour drive down to Castle Douglas and the weather was minging. But we kind of new that bad weather, a fairly remote location and a bike race not that many folk are bothered about would mean small crowds and we could get up close to the riders pretty easy. So we went for it. And yeah it was not busy. A couple hundred folk only when we arrived I'd say. We were just in time to see the ladies take the bell. This lass Alice Towers comes through first. Never heard of her. I heard Georgi and Henderson were chasing so I guess she has no chance anyway. Good effort though. 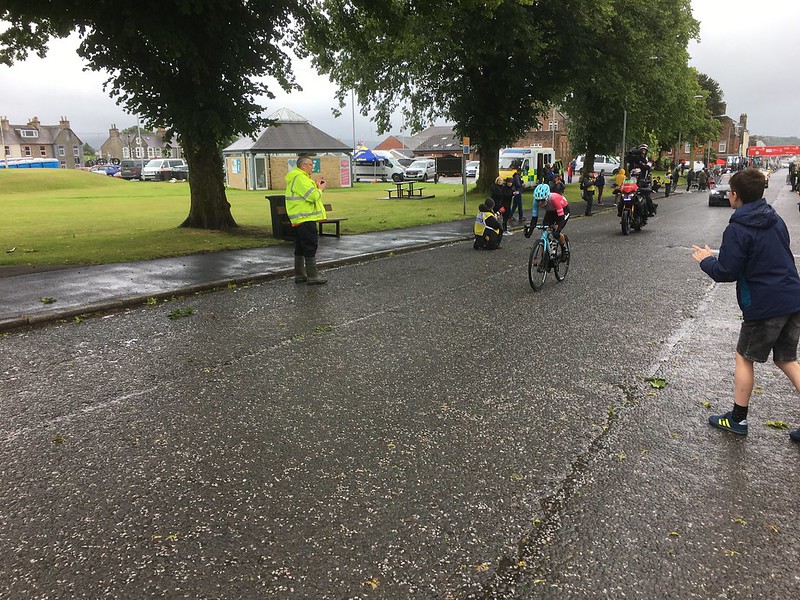 But actually it's a full 2 minutes before the chase comes by. Eleanor Backstedt is in this group. Just the 3 of them chasing and it's 15km to go. This girl Towers is going to win, no? 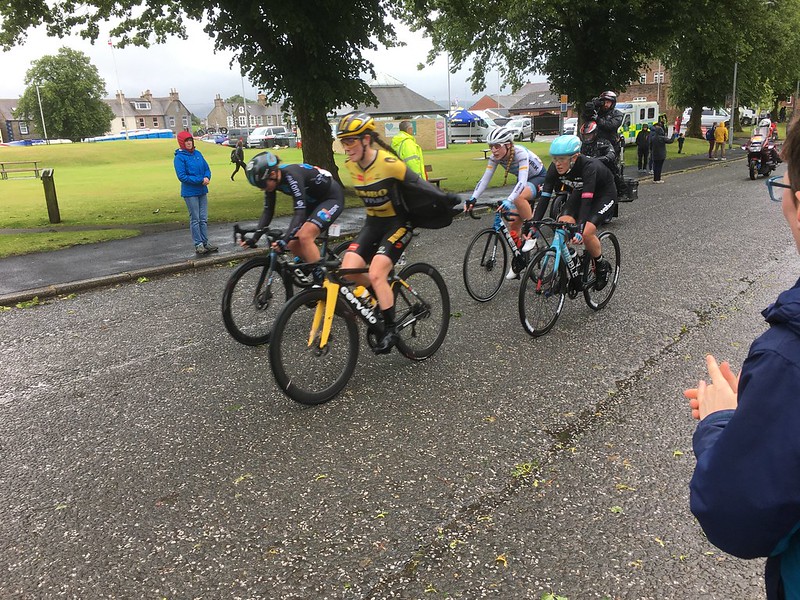 And win she did. Very strong through the final lap and they were still more than a minute behind at the line. Towers attacked with 40km to go on a real attritional day of cycling. 40km (50km gusts) winds and heavy rain on a circuit with a long horrible false flat and 1 tricky short climb. It really was some riding to stay away from those better know names who sure were cooperating to try to bring her back. 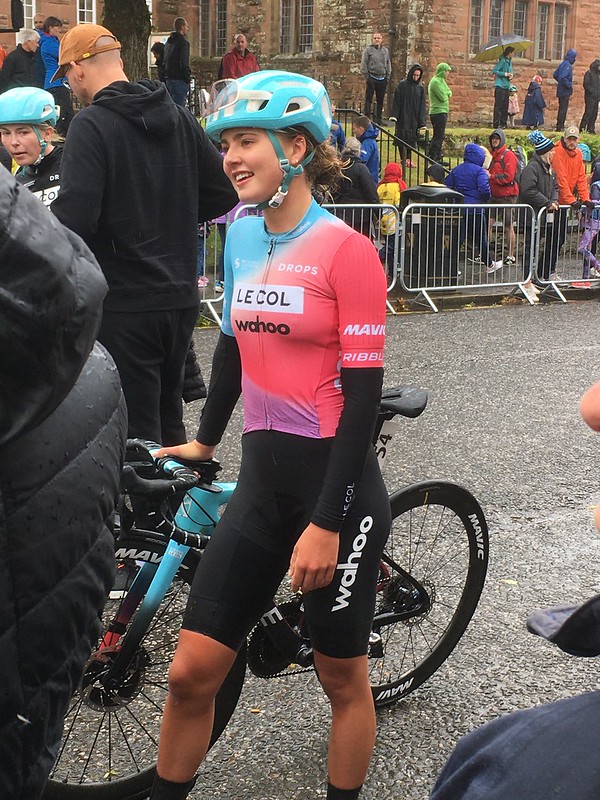 It was my ignorance of course. Towers is only 19 but has some very respectable finishes this year at Omloop, DDV, Flanders, FW, Amstel and LBL. She recently finished 12th on GC at Thuringen Runfahrt. So for sure she can ride. She was flanked by Pfeiffer Georgi and Anna Henderson on the podium. 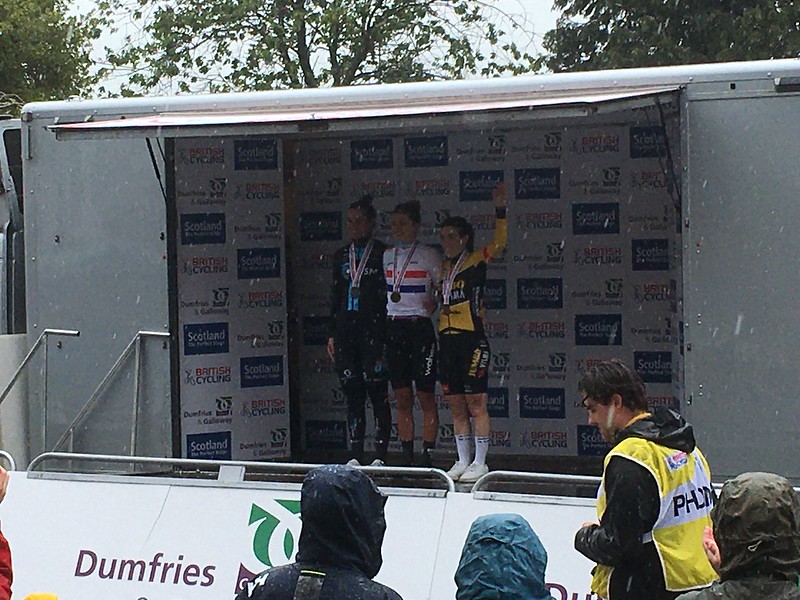 I then did the dad thing of using my kid as an excuse for asking for photos. To be fair though Ed really leads me on this charge now and recognizes more of the pros than I do. 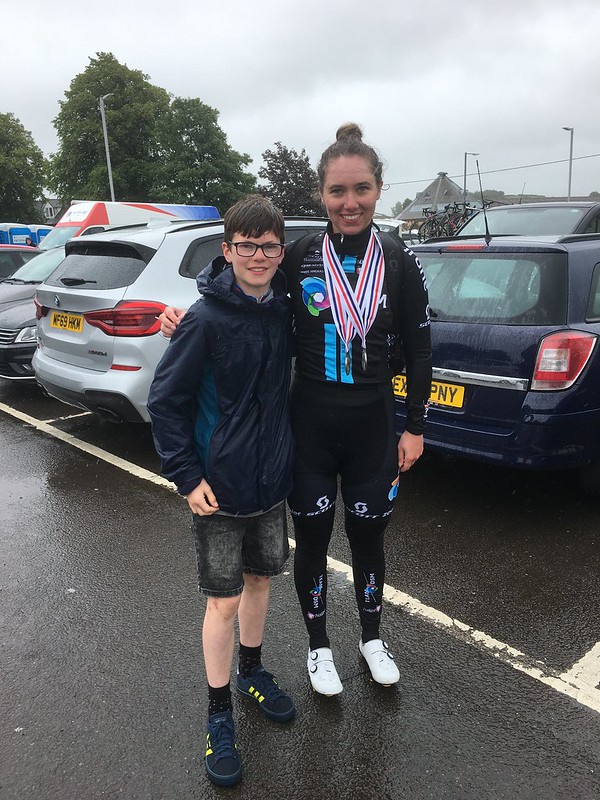 Pfeiffer Georgi is bound to be a big star if she isn't already. 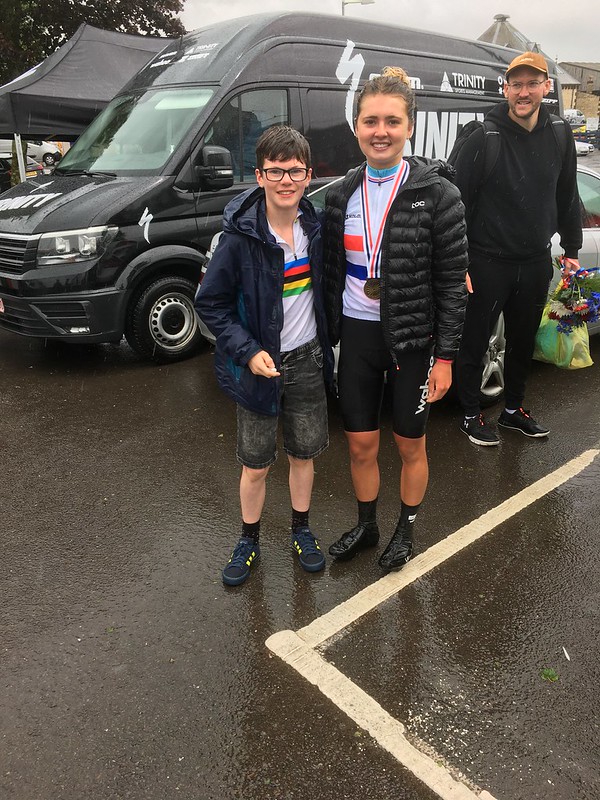 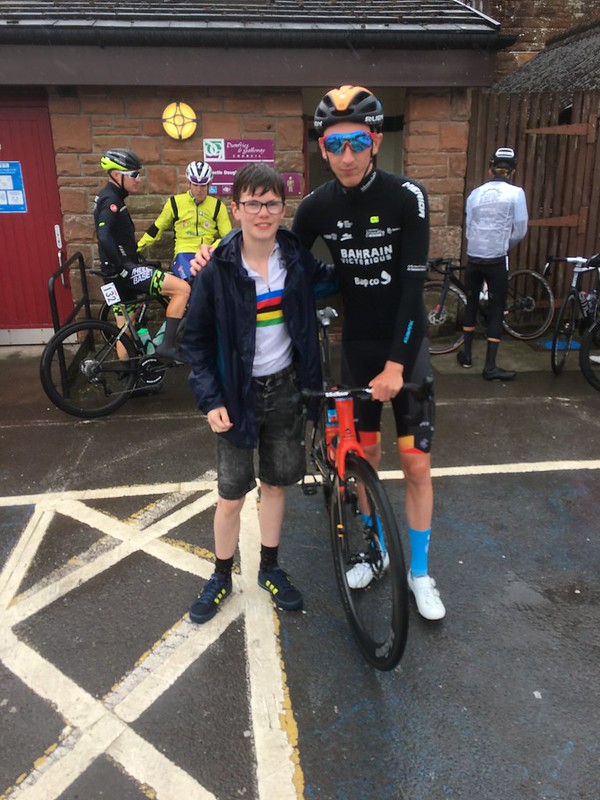 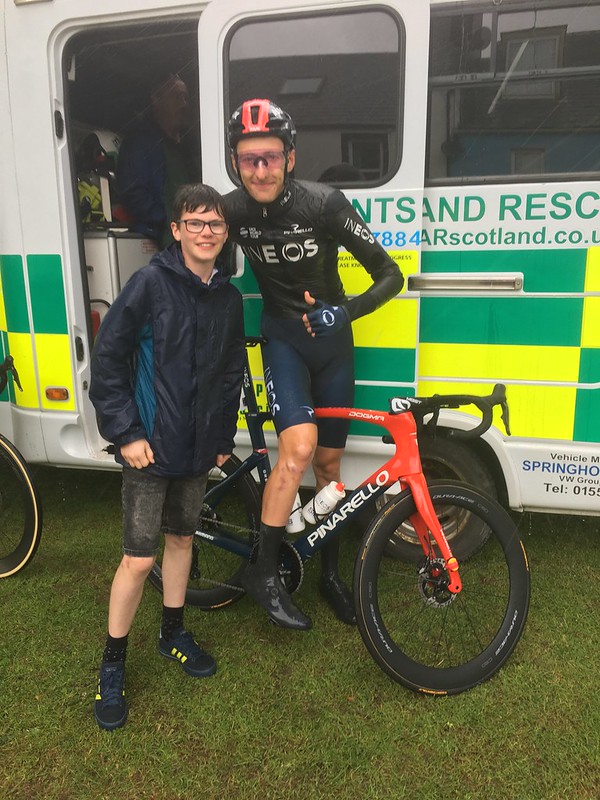 Ben Turner was very friendly. And possibly the most cheery rider at the start in the driving rain. 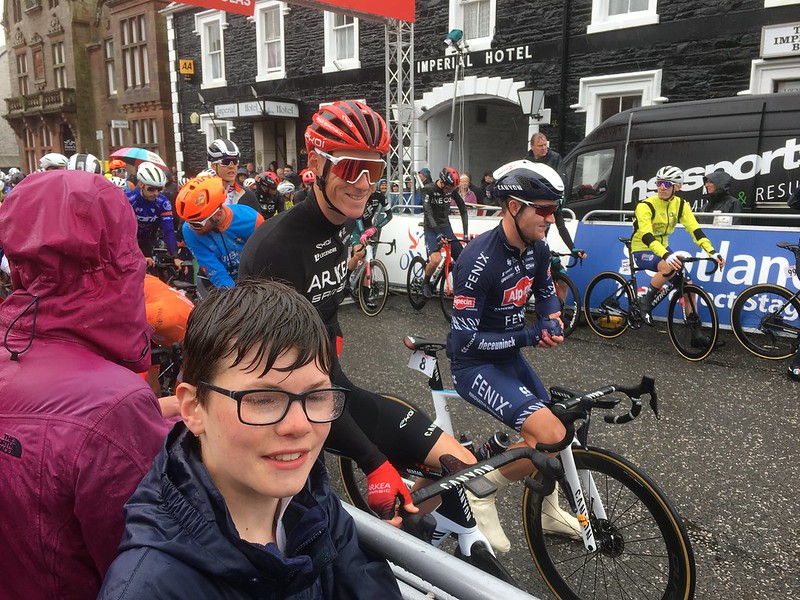 Conor Swift and Scott Thwaites were both active in the final. Cav was nowhere to be seen and absent on the start line. We thought he hadn't bothered. But he rocked up at the back 1 minute before the start. We watched them leave and then headed home to see the rest on telly. Cracking attritional race. The British Champs often is like that with a small elite group knocking hell out of each other until the strongest emerge at the front. We were backing Turner after meeting him earlier and he put a huge dig in for the win on the last lap but it didn't work out. Cav rode smartest all day. Followed every move. Made sure the right ones stuck. And took the sprint easy at the end. Sam Watson was very impressive in 2nd as was Alex Richardson in 3rd. Ed just DMd (whatever that means) Patrick Lefevere on Instagram begging him to start Cav at the Tour. It might work.