I just wanted to draw everyone's attention to the state of play with the weekend report before Tour related stuff takes over. It looks like Pablo is going to stop posting the monthly weekend reports, possibly continuing some posts relating to his own PablosTours rides around Andalucia. This is sad news.

I traced back the weekend report and as far as I can see and think the first post was February 2014. Unfortunately the comments on that post no longer appear since the system switch so I haven't linked it. 8 years + though... It has been a monthly staple on the cafe since then. Occasionally a little more or less frequent. But one of the longest standing recurring fanposts we have. I guess Feargal's book reports would trump it. As someone that does not go out with a regular bike club due to busy life issues and difficulties making a regular commitment the weekend report became my bike club online. It really was quite something in its hay day. Felt like a global community of like minded cyclists with no judgement on ability. Enthusiasm was the key. We had Will with his mesmerizing tales and photo's from the Alps; Blitzer with his sea scapes from NZ; the Bongolian with his incredible feats of endurance; Broerie with his near pro level racing stories from Belgium; Yeehoo always had a cracking photo from the hills around Nice; TNelson with stories from California; and of course Pablo with his regular rides around the olive strewn hills of Andalucia. There were many more so sorry for not mentioning everyone. These guys come to mind. My own posts were far more low key - usually damp looking photos of rides around Scotland. But I always got loads of encouragement. The weekend report really did enrich my cycling life in that way. A real sense of community. And I never got to meet any of these folks except for the great man, Pablo, himself. I enjoyed a couple of wonderful rides with him round his area when I was on my holidays a couple of years back. So I really am very very grateful to Pablo for all the hours, the work, the positive energy he put into this over the years. I think the cafe as a whole owes him a huge thank you.

The weekend report seems to have naturally wound down over the last couple of years. I can't place the reason. Maybe social media is where people do this stuff now. I'm not sure. But the regular contributors have slowly drifted away. Pablo has tried some ways of encouraging new contributors but it hasn't really happened. I hope it's not the end. I'd love to see a rekindling. But I guess you can't force these things and maybe all good things must end... 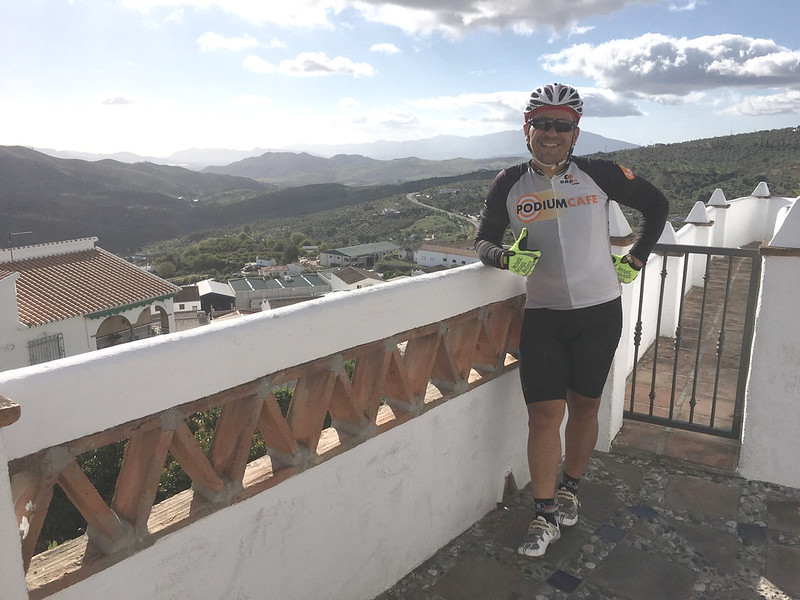