The first Maryland Cycling Classis is in the books, and I think it was pretty well received. About 40,000 fans watched the race live, which could have been better, but it was the first race, on Labor Day weekend, and media coverage didn't really start until that Friday. Probably the best description of the course came from Samuel Boardman, L39ion of Los Angles, who described it as a combination of a bucolic (my word) European tour stage and a gritty American criterium. Due to some previous commitments I wasn't able to catch any of the racing in the county (next year) but I did in the city. Lets get to the pictures. 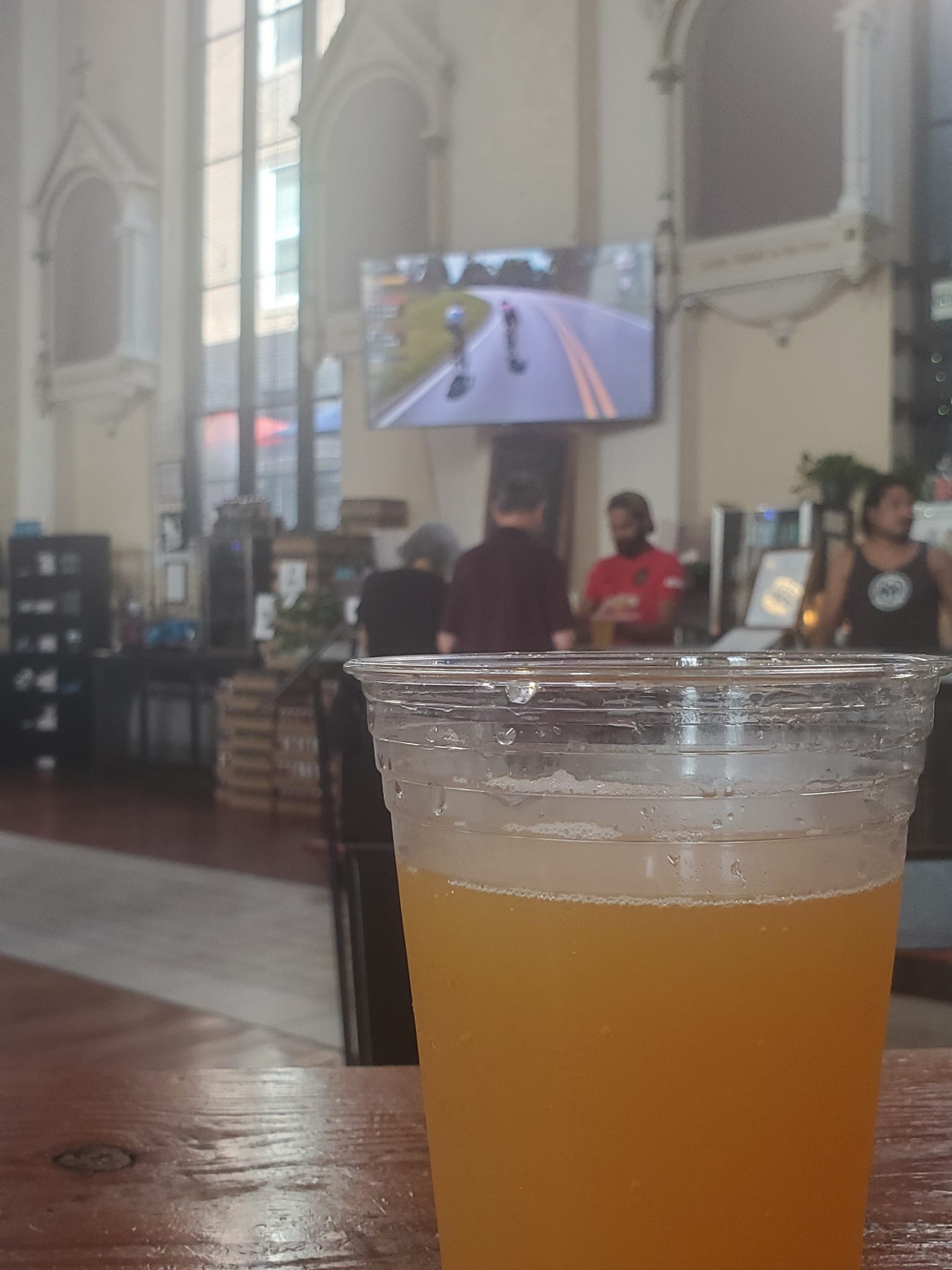 While we were waiting for the riders to hit the city, a refreshment stop was necessary. Nice to see the race up on the big screen via our local CW affiliate. 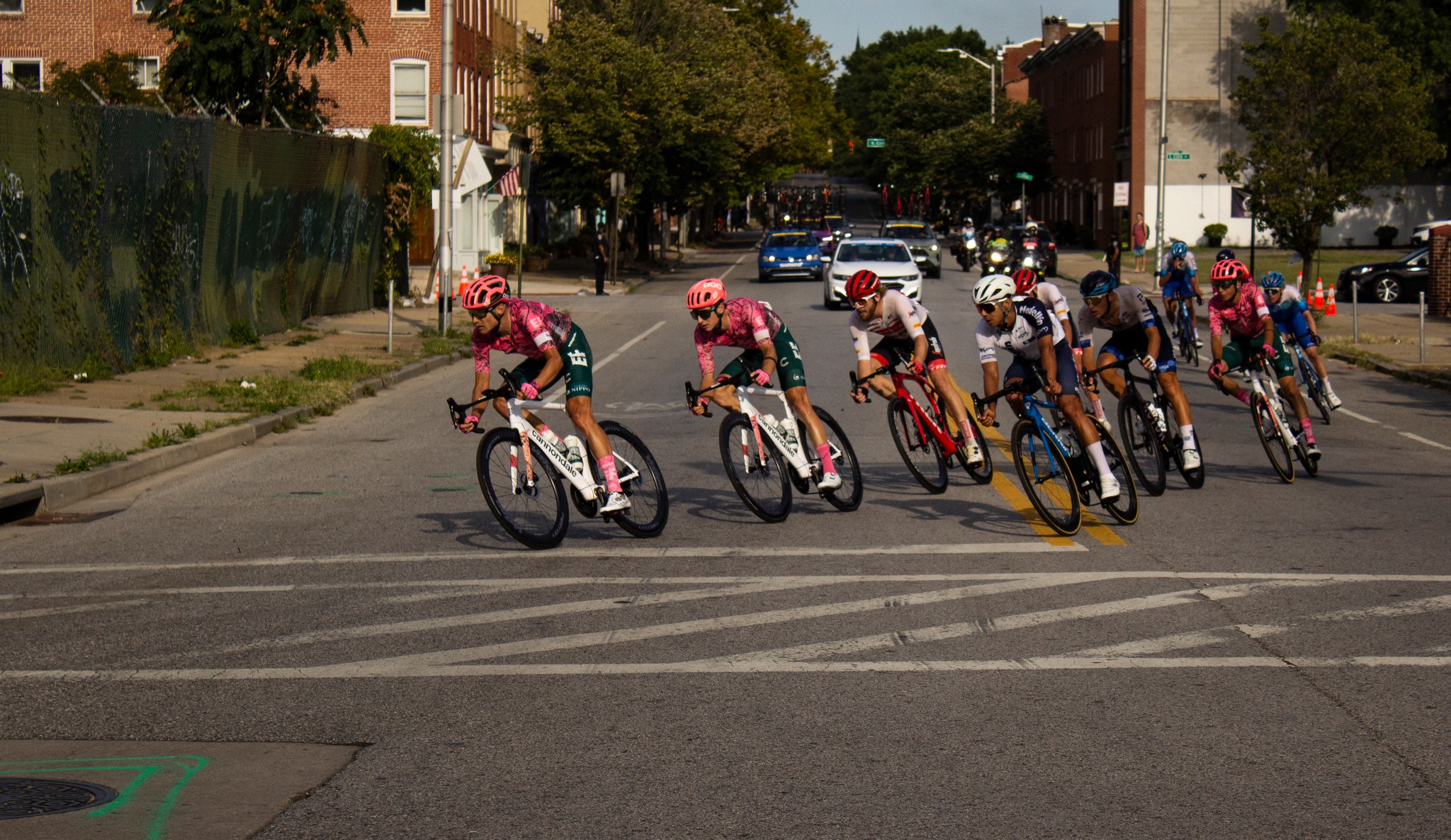 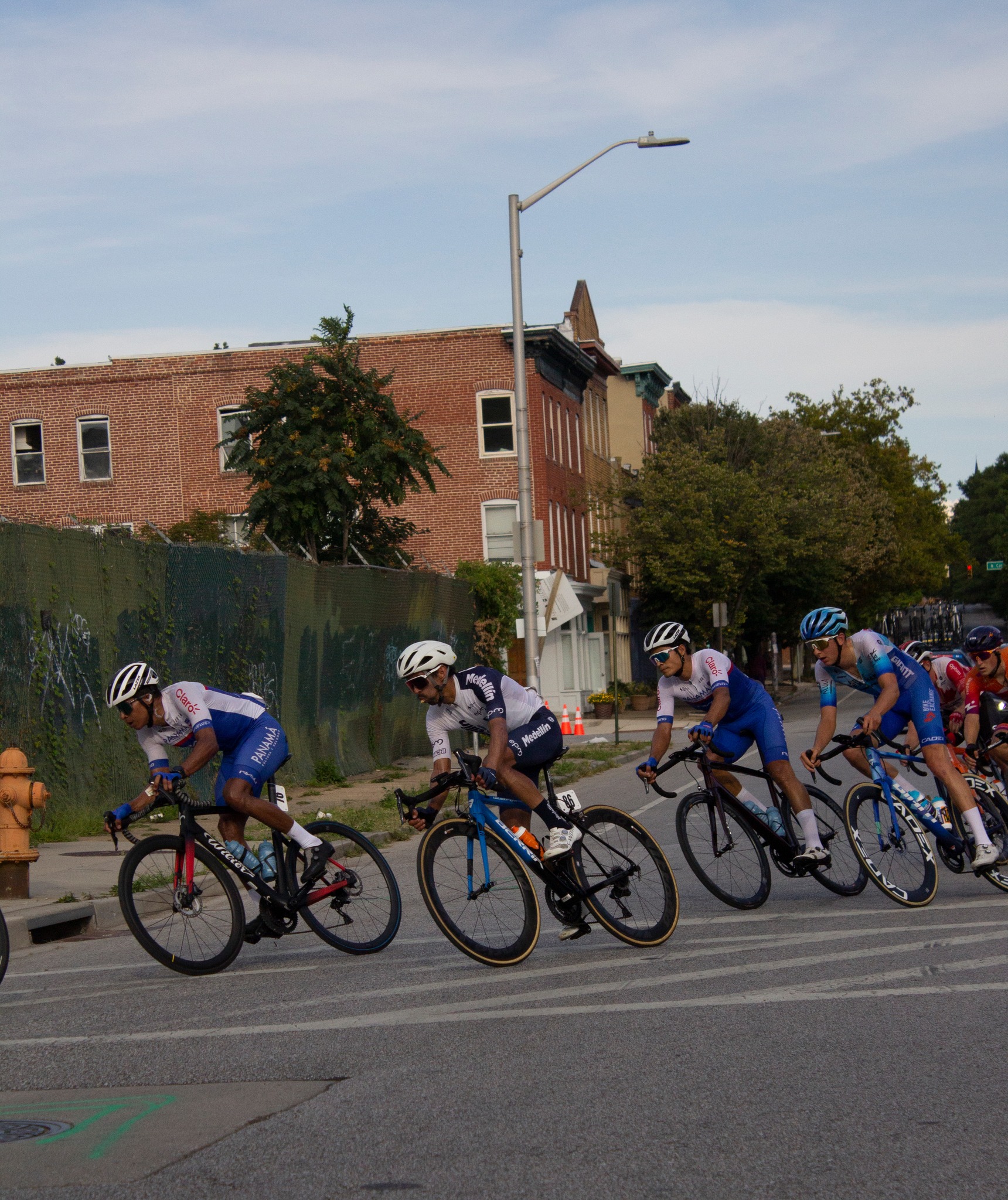 A couple of shots from the corner of Baltimore and Central on the east side of the Downtown Circuit. 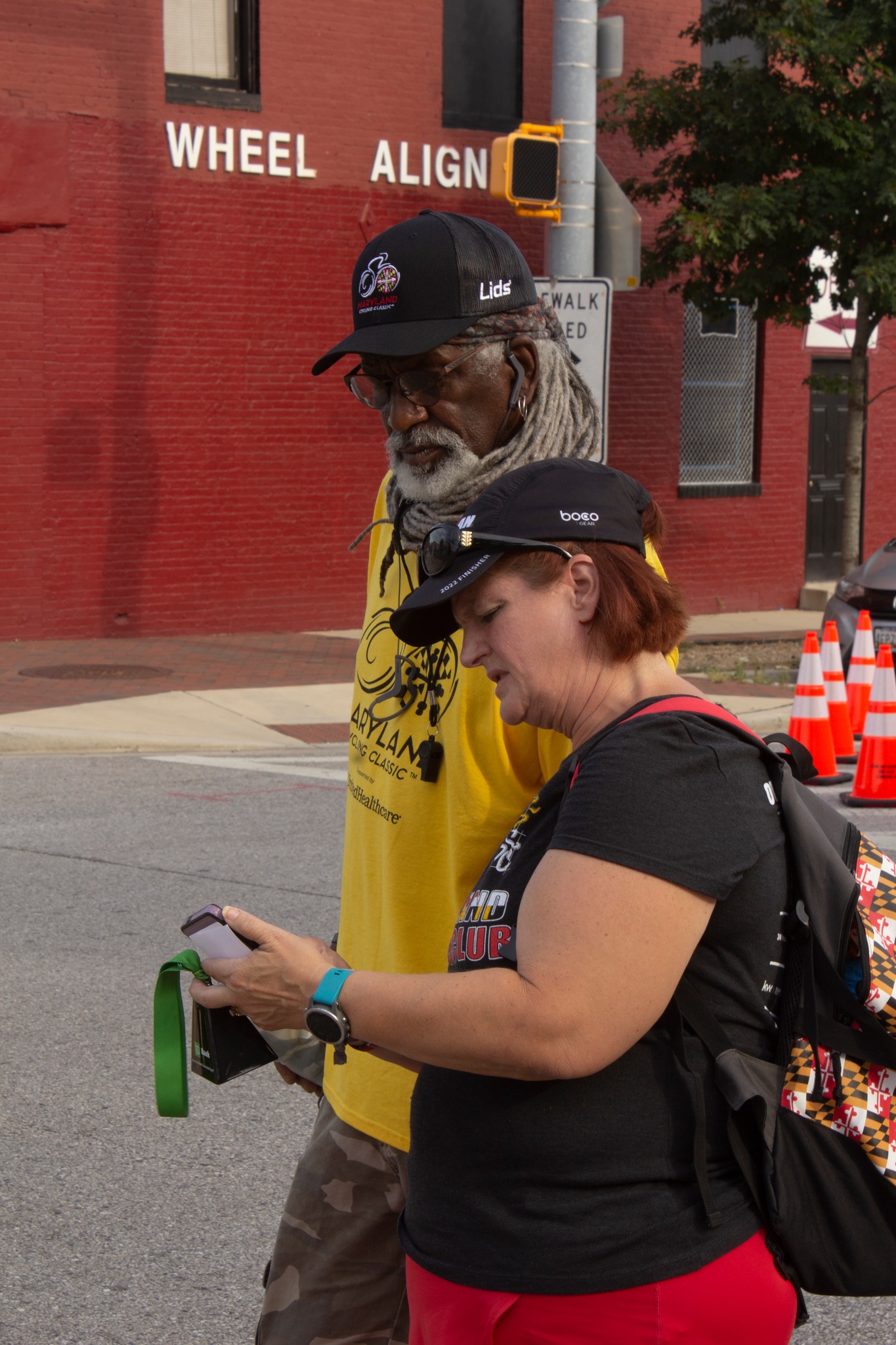 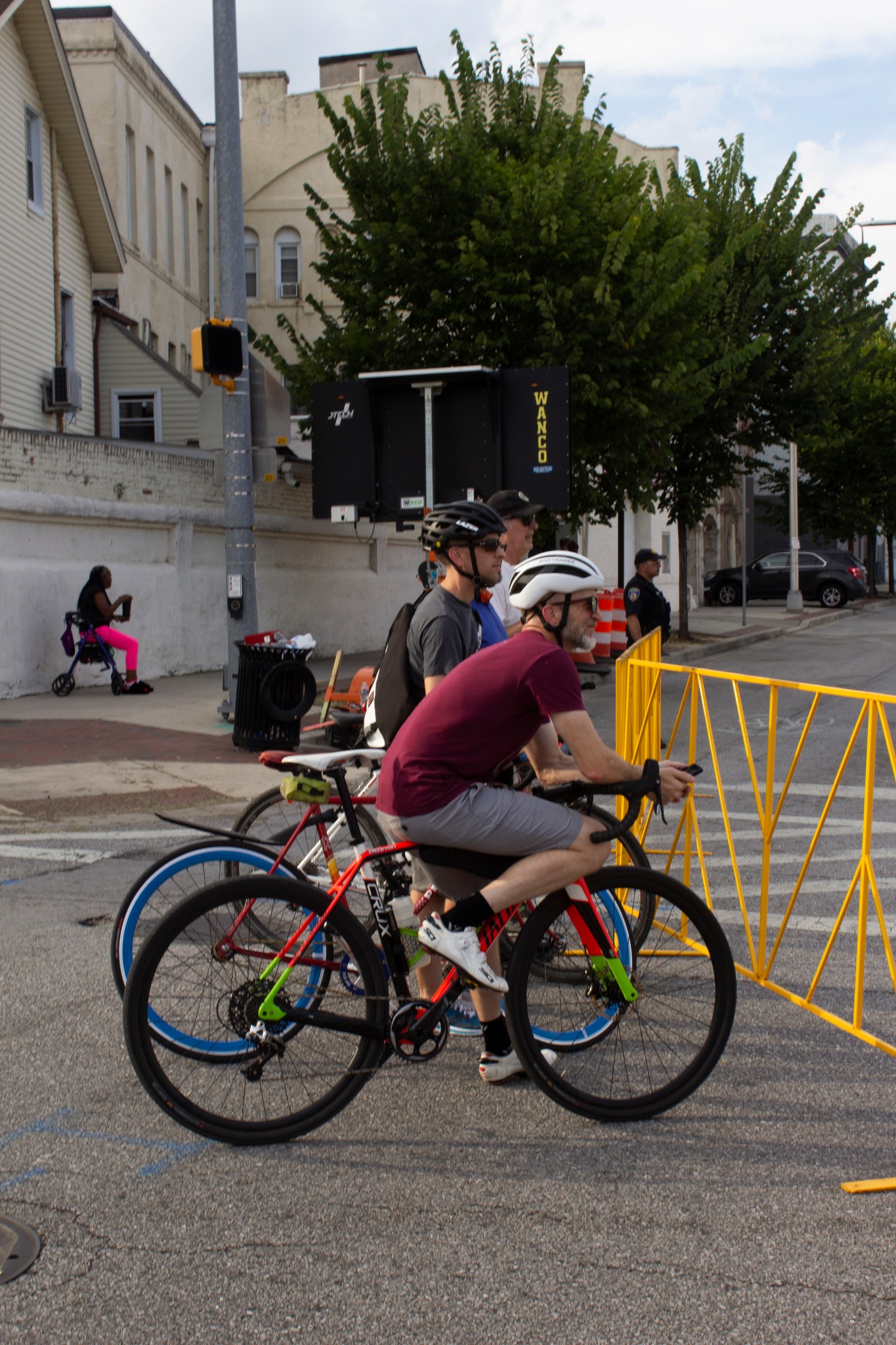 A few fans riding around the circuit.

About two blocks south, the corner of Pratt and Central, still on the east side of the circuit. 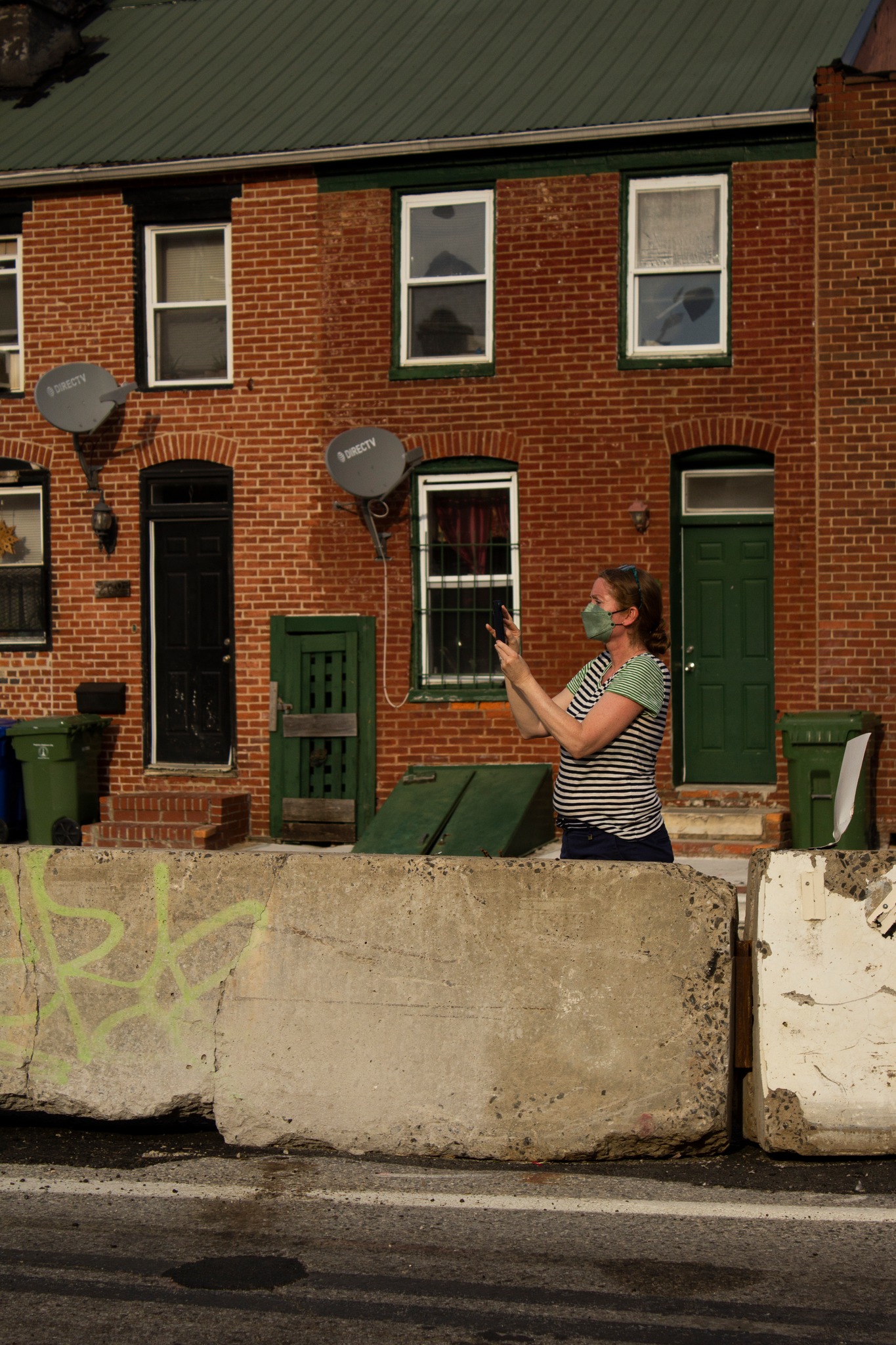 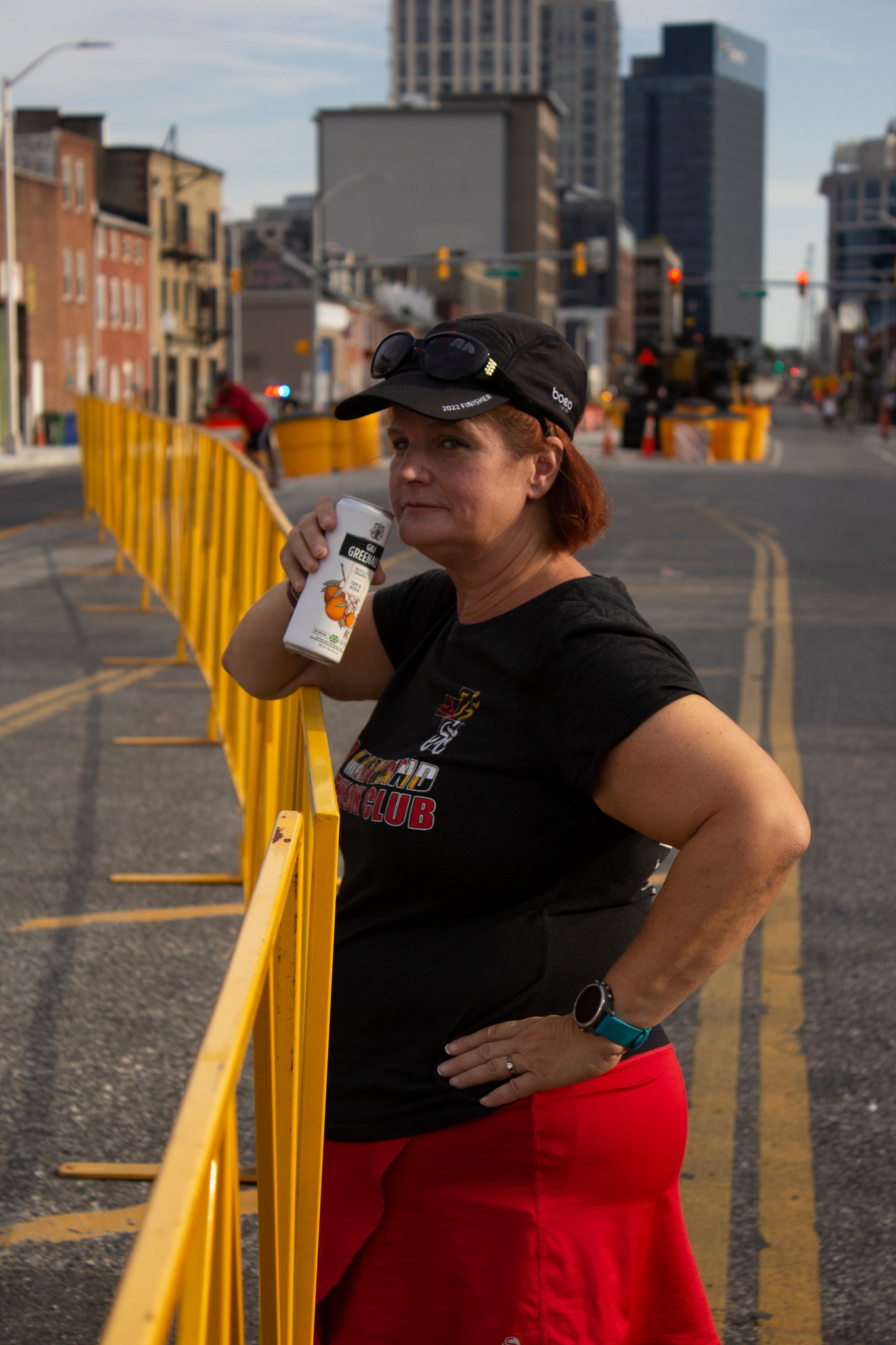 Got to keep hydrated. Also the city did a good job of barricading the circuit. 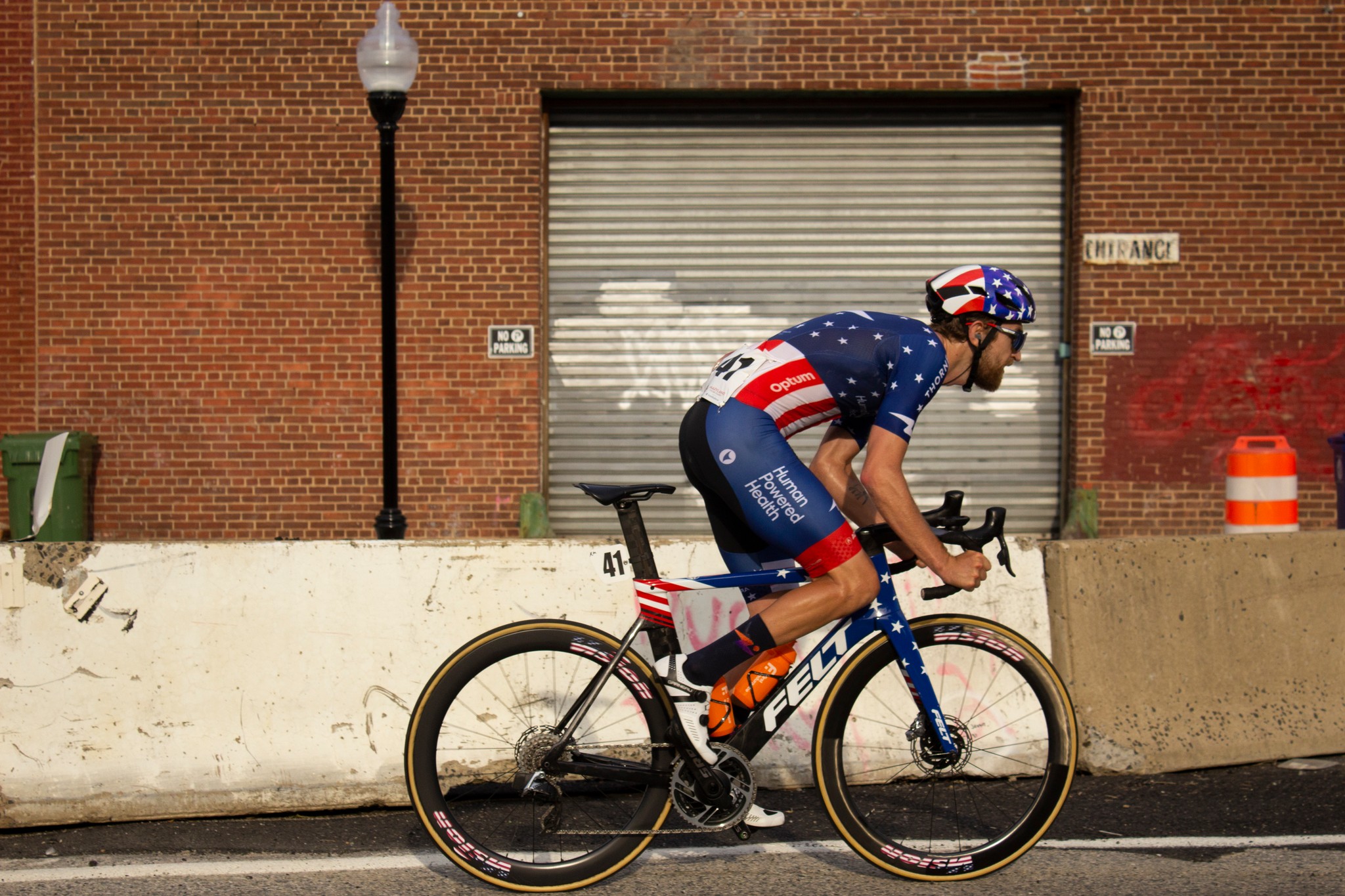 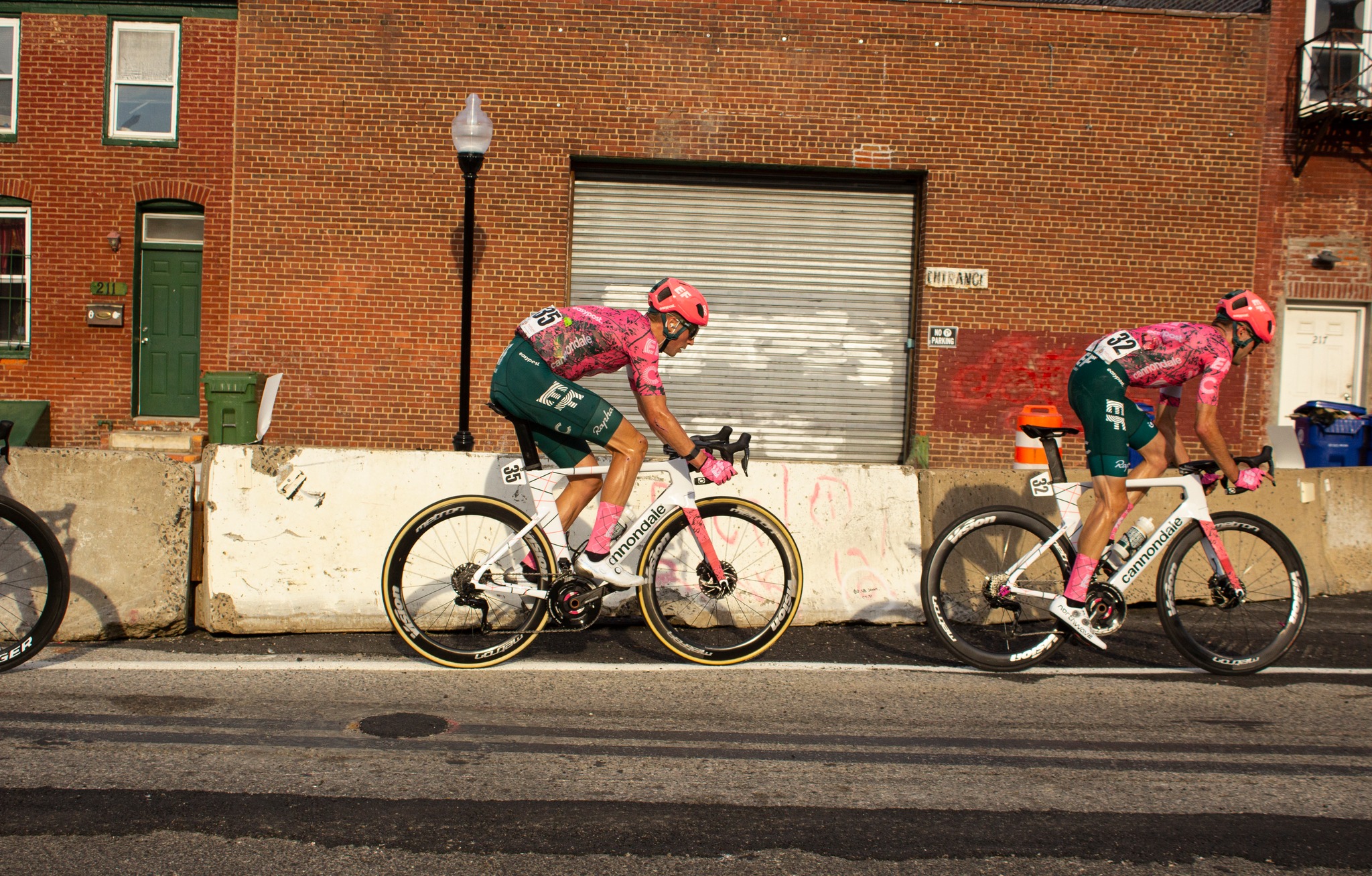 If I trust the posted MCC roster list, we have EF's Simon Carr and Sean Quinn 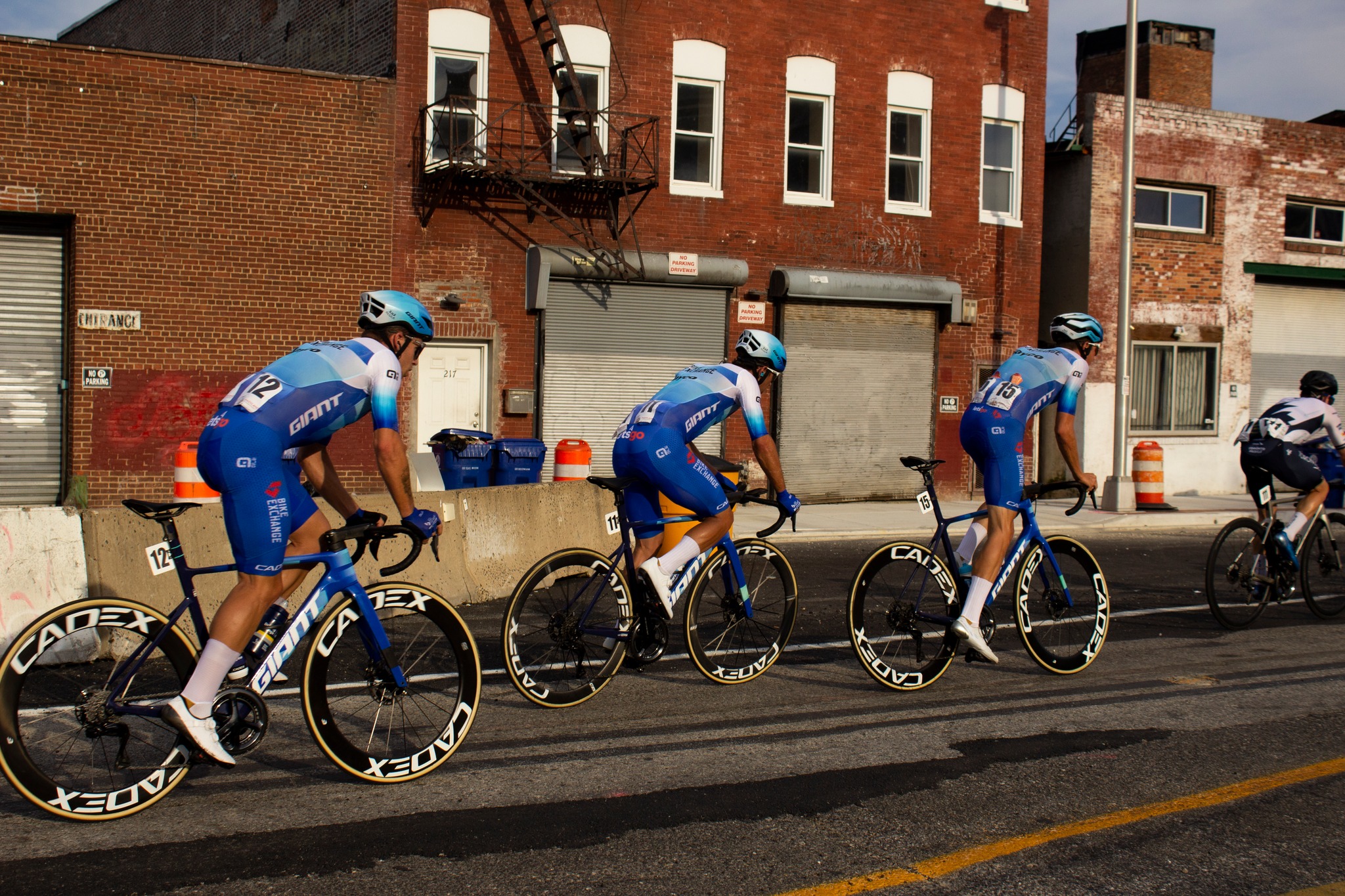 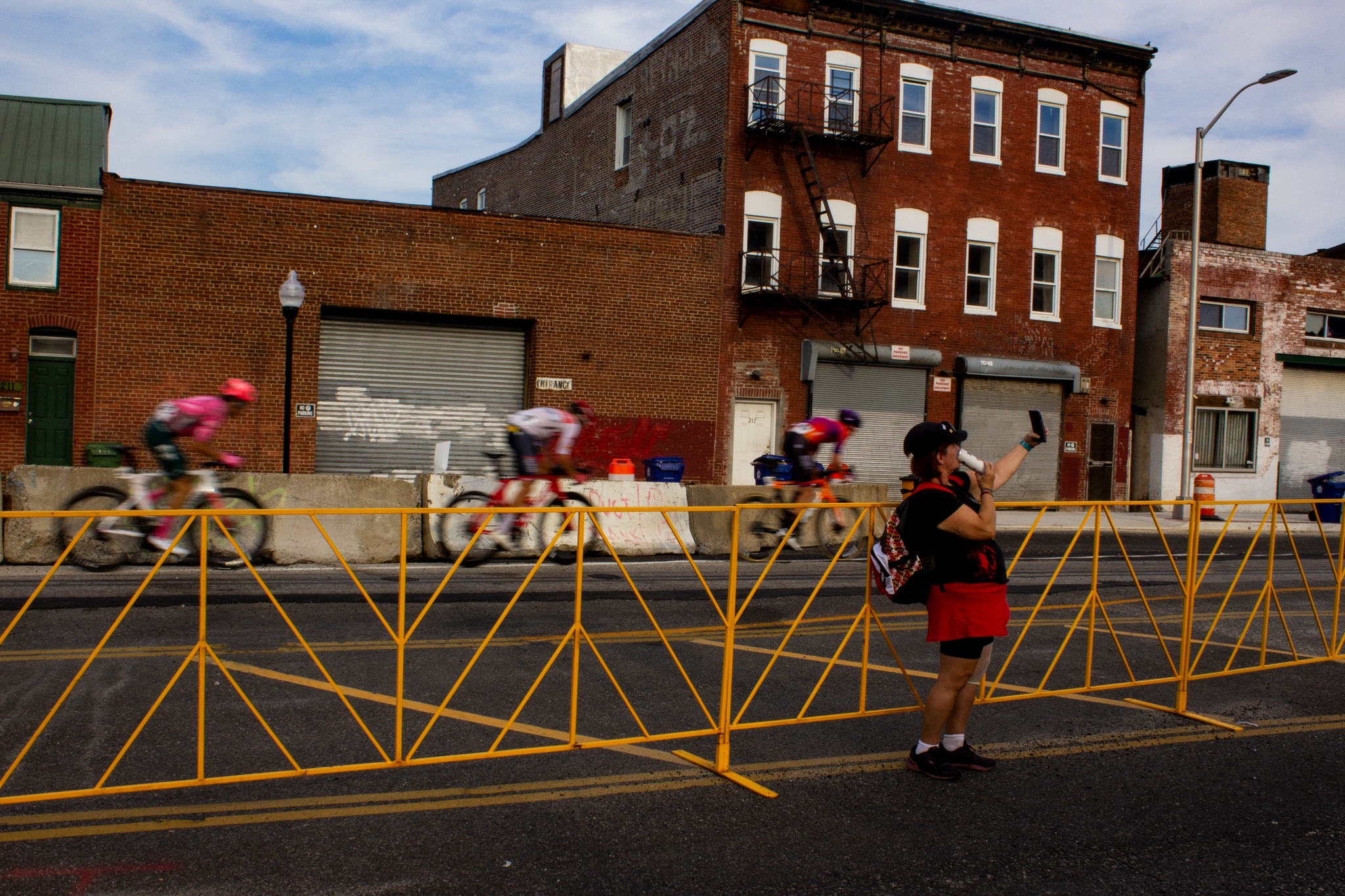 The proper way to work your selfie game, keep those body parts inside the barricades. 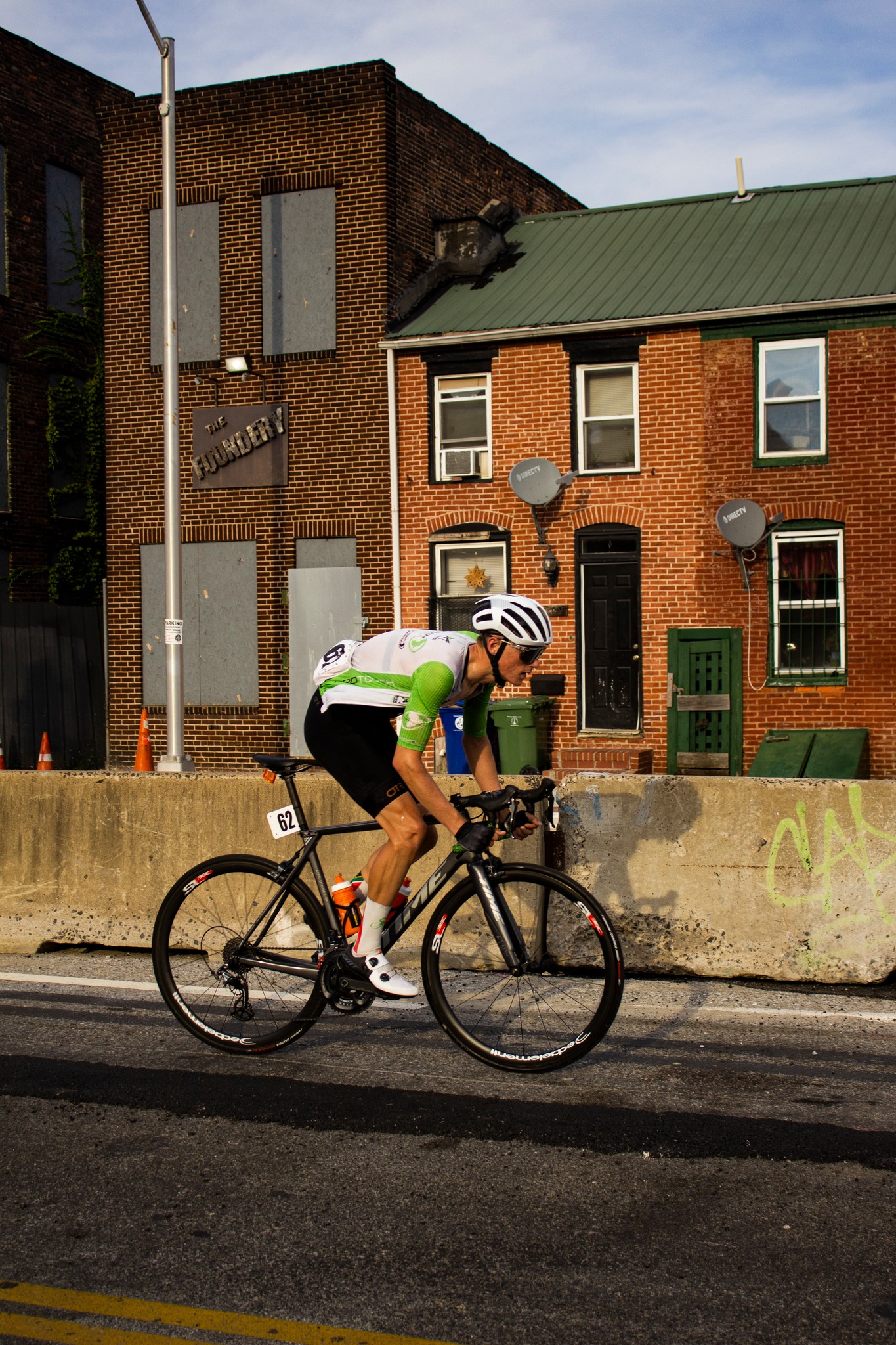 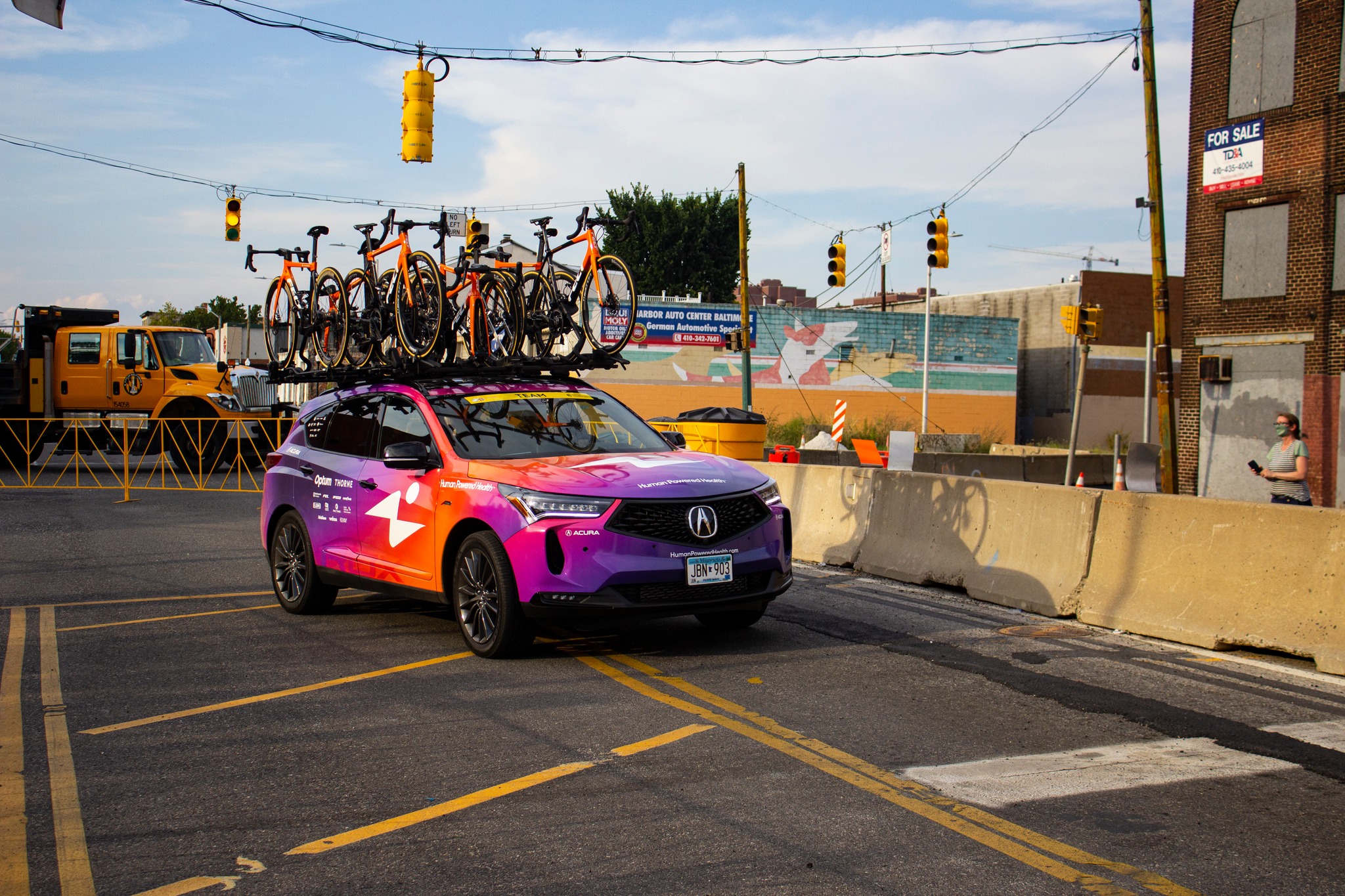 Not going to miss the Human Powered Health car 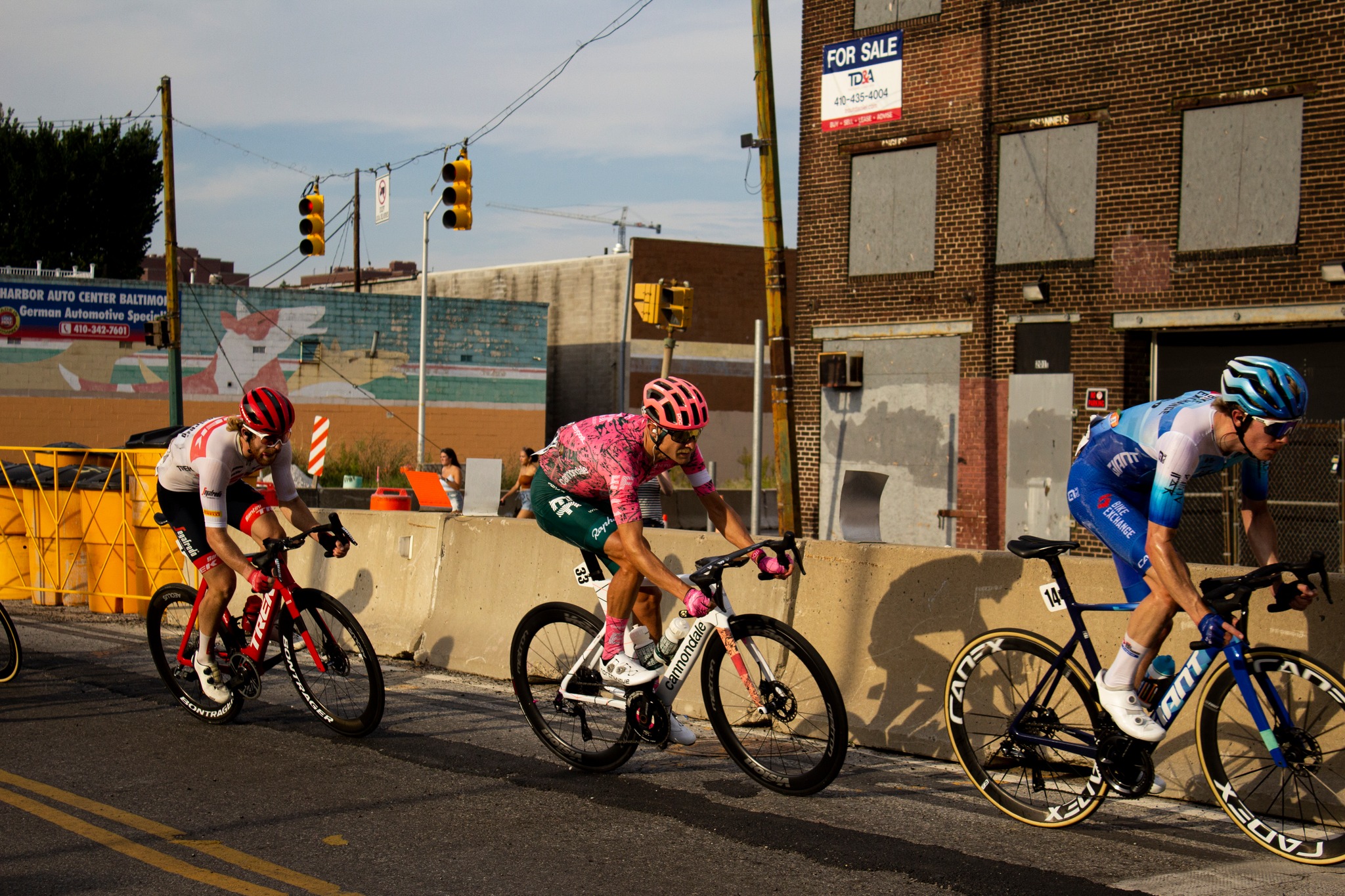 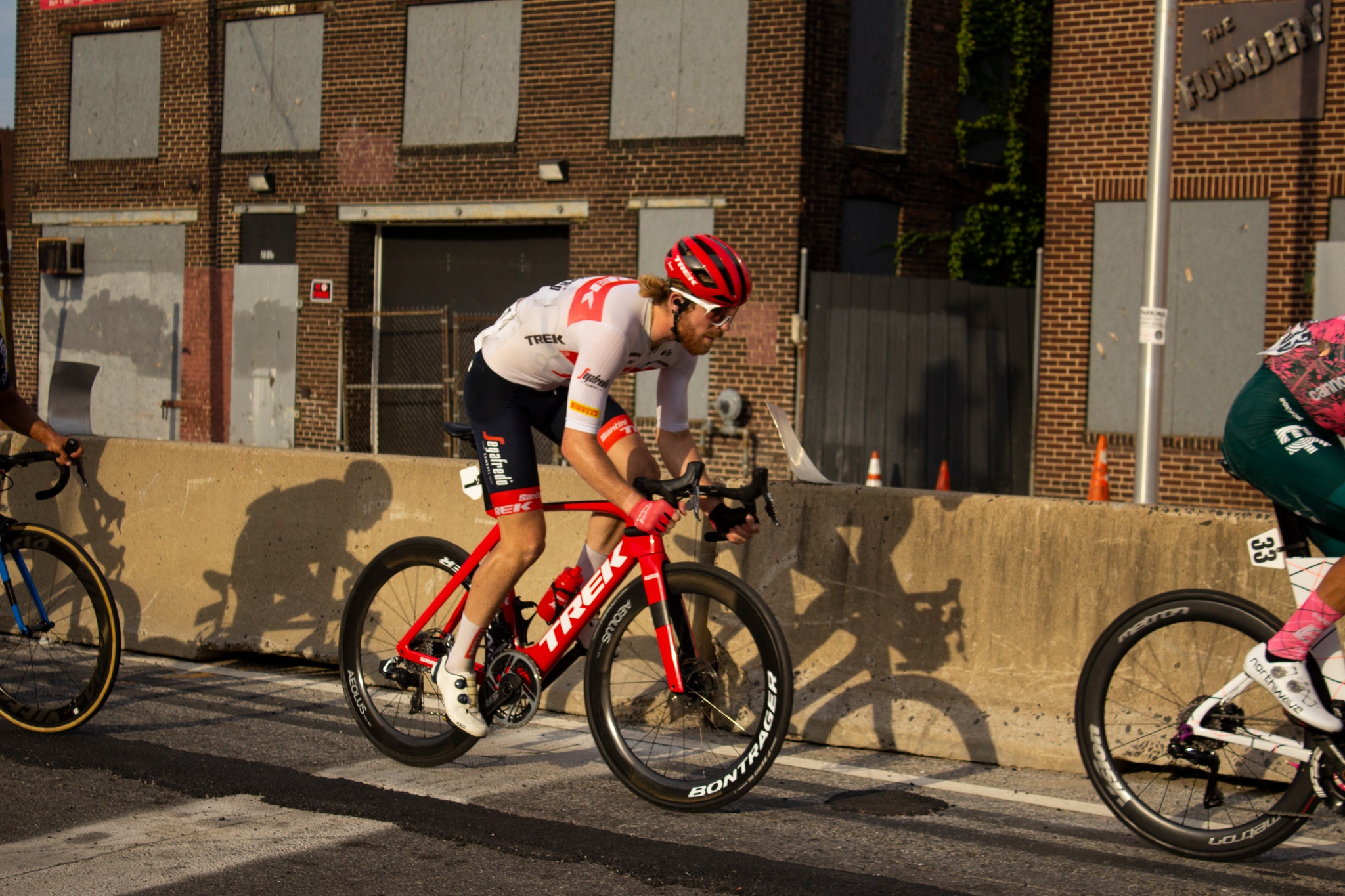 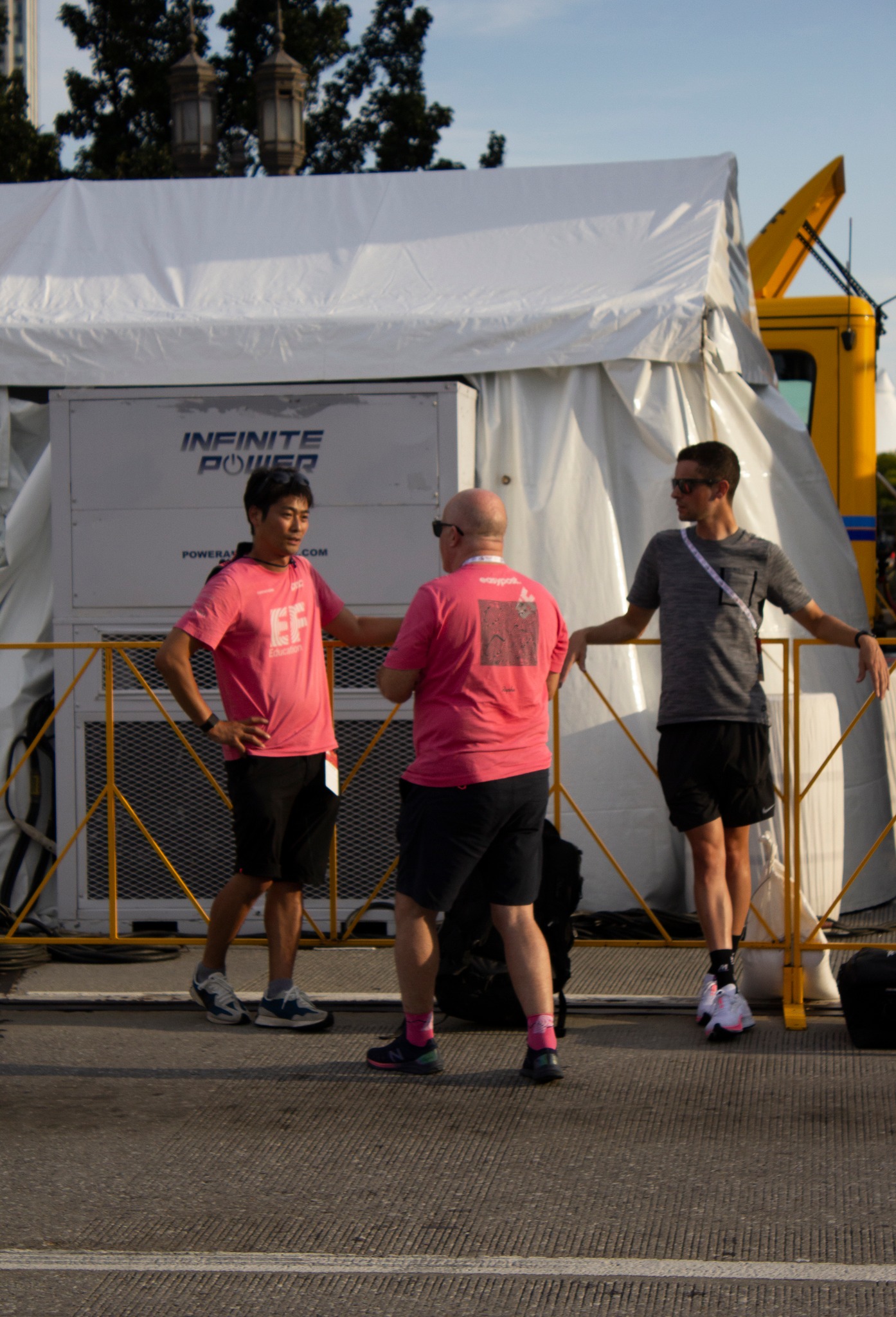 Pratt Street at the finish line, some of EF support. 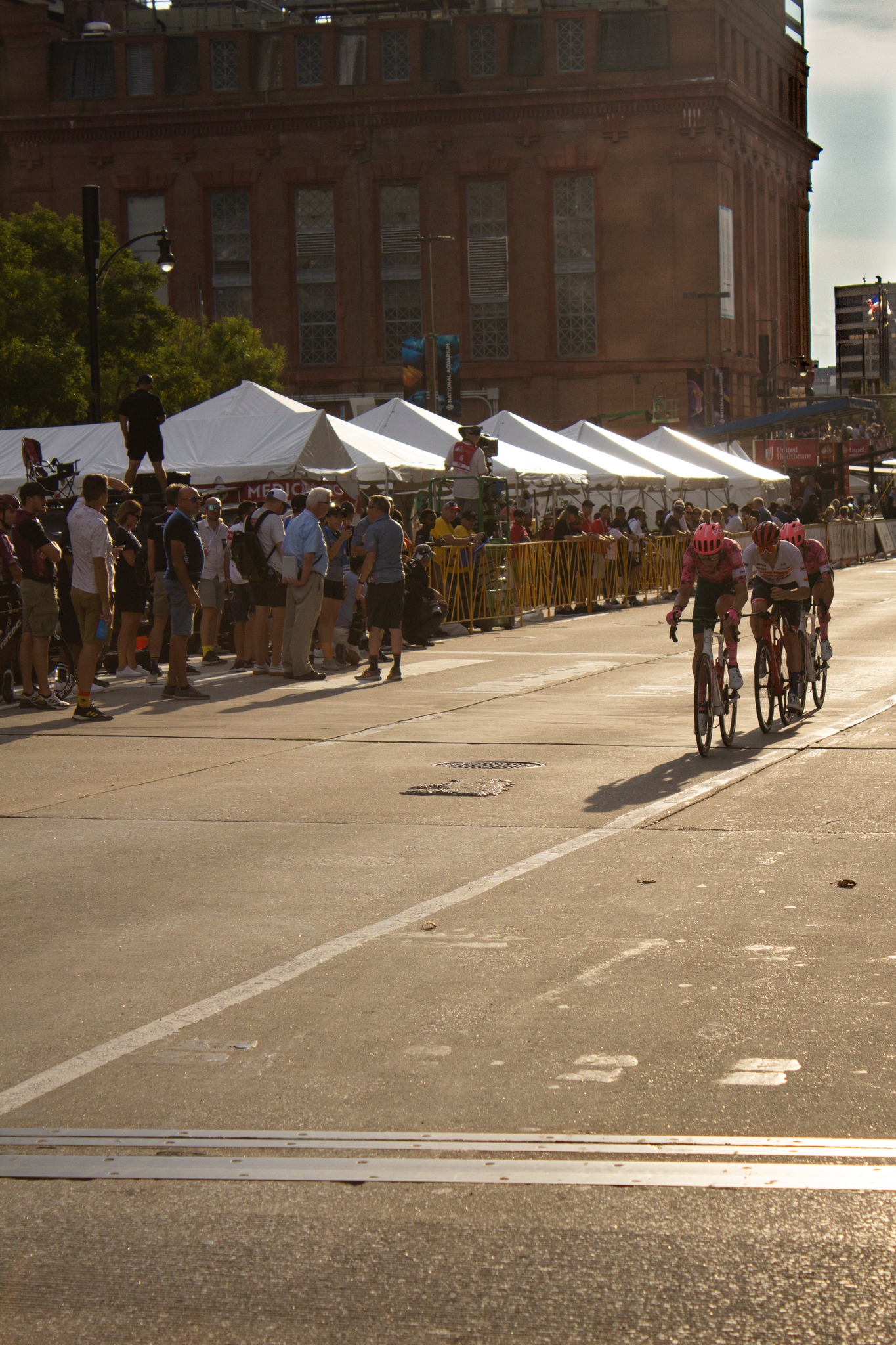 Three riders coming in for the bell lap....honestly I don't remember hearing the bell being rung. 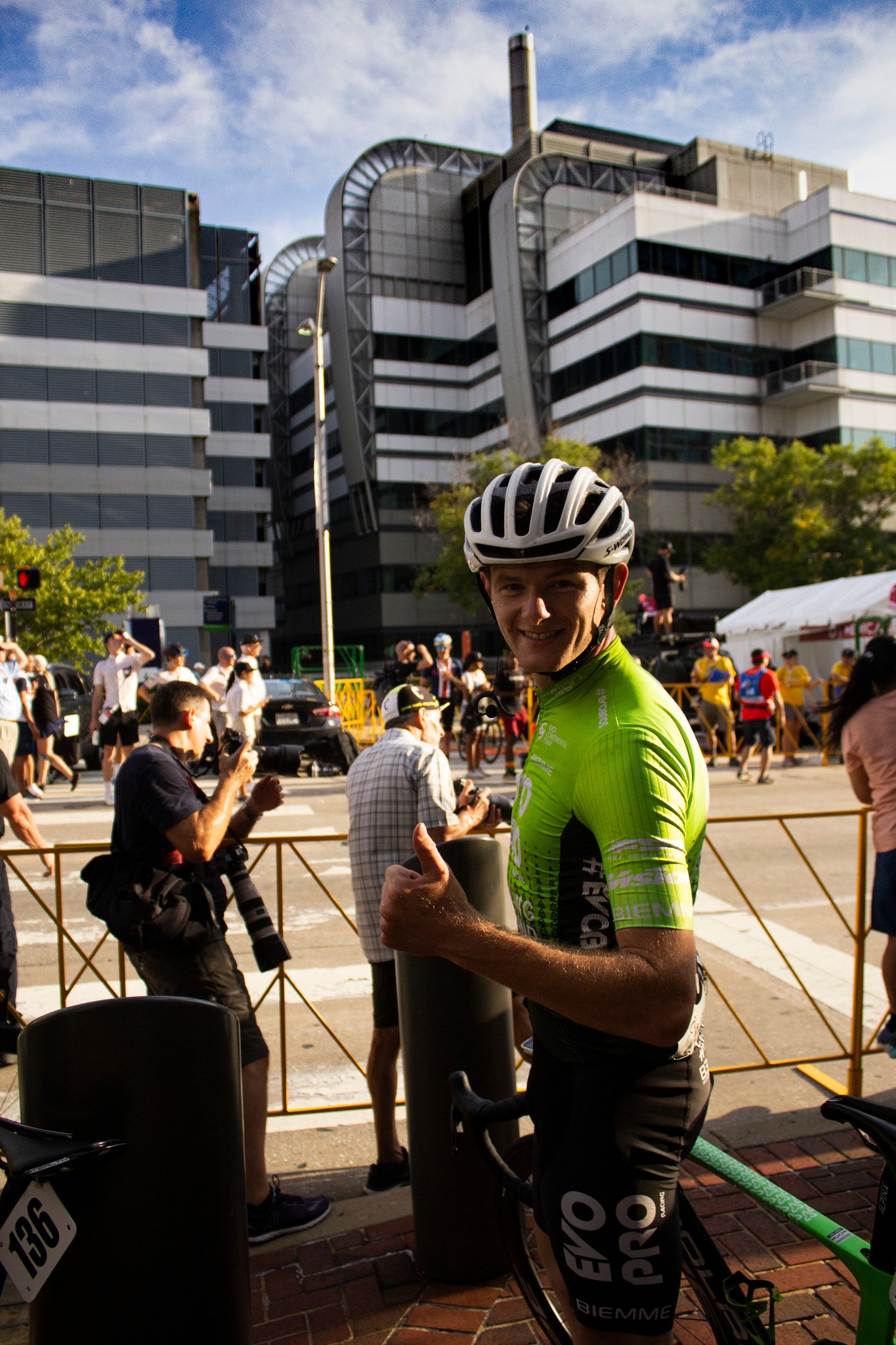 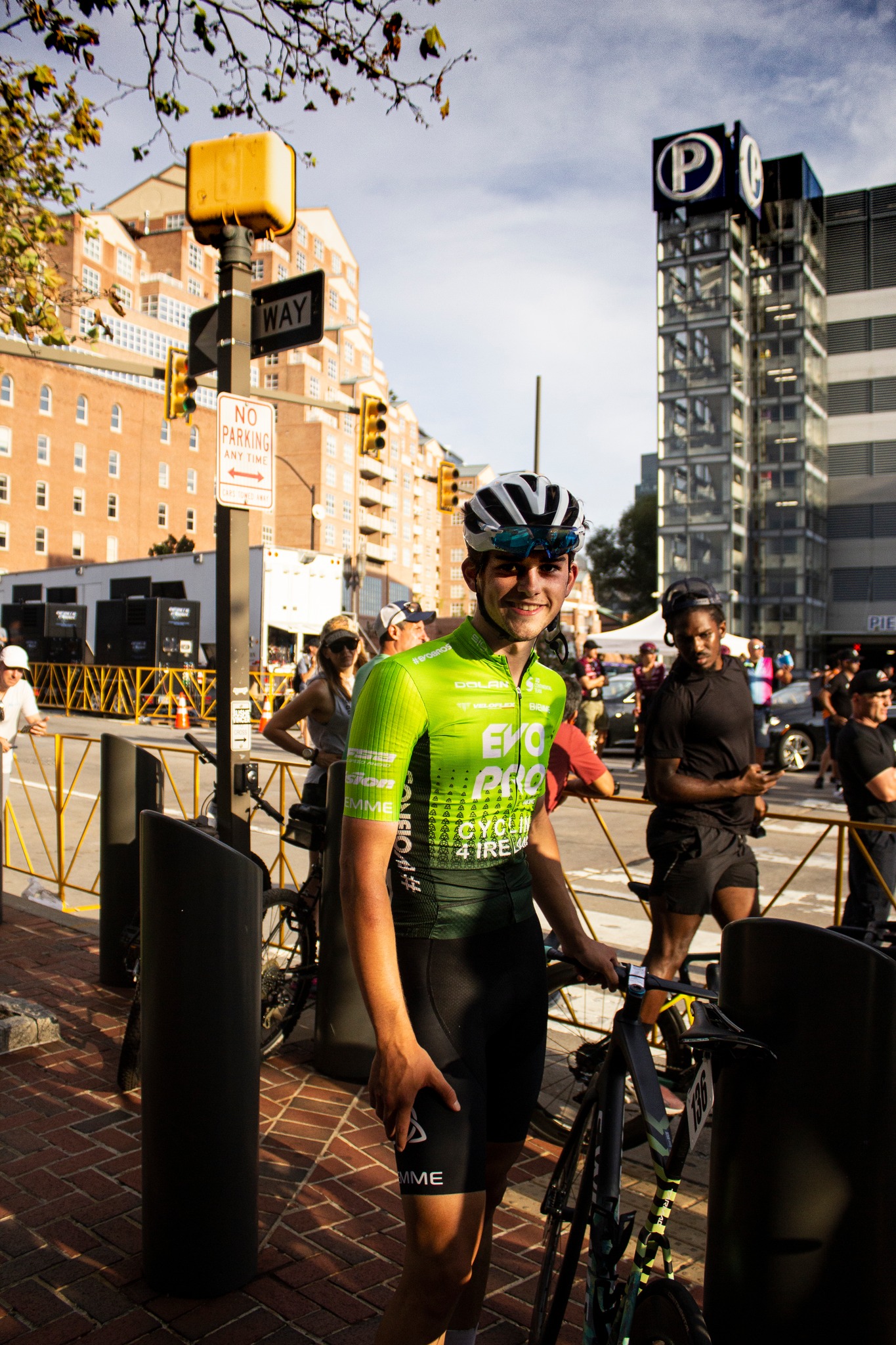 There was a time cut for when the riders hit the city to begin 4 lap circuit and more than a few riders missed the cut. Two riders who missed the cut were from the Irish team Evo Pro. They came in Baltimore on Thursday and were flying home on Monday, that is a tough turnaround. 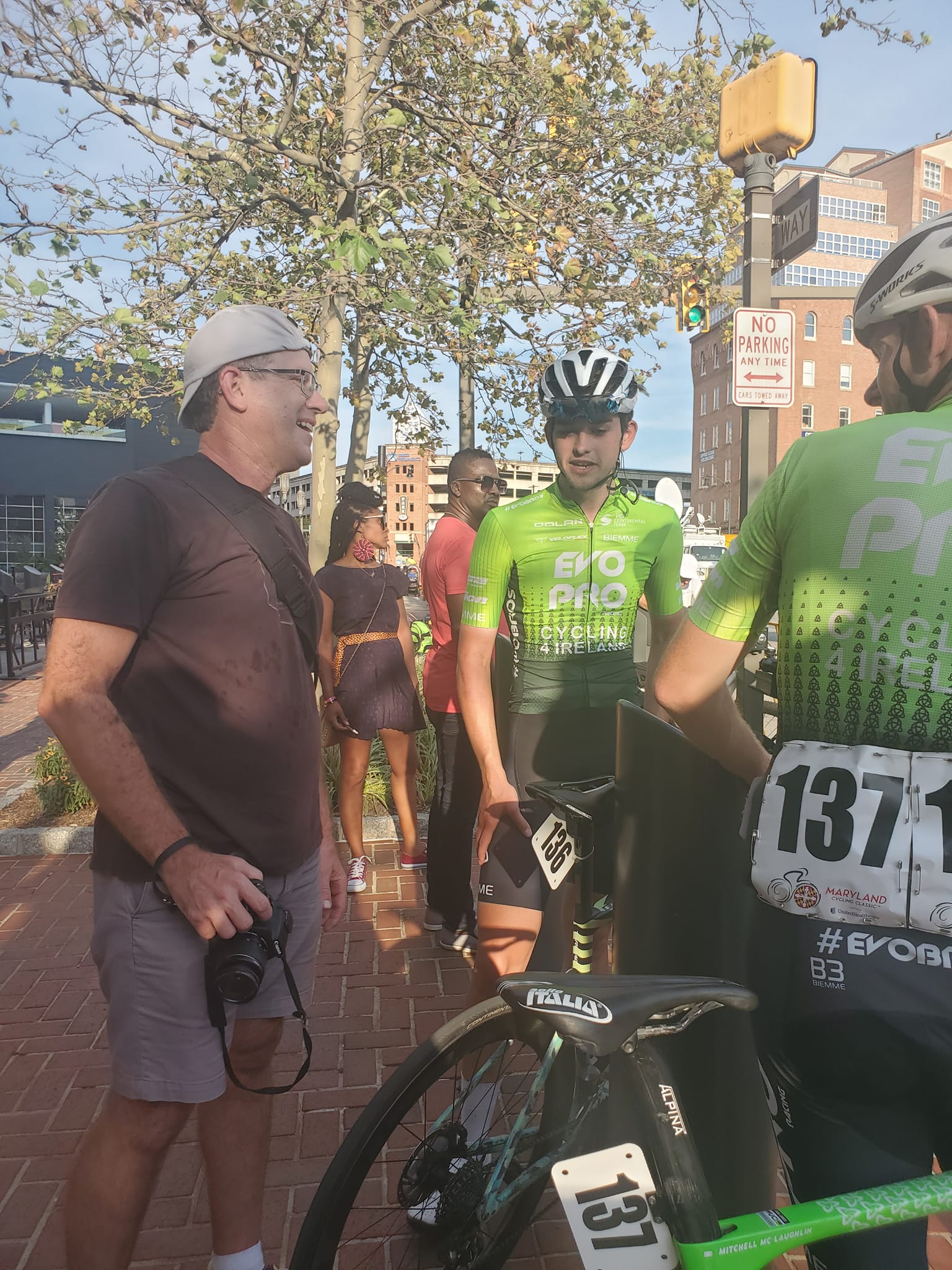 Said Evo Pro riders happy to chat up with your sweaty author and photographer. Note to self, probably bring a zoom lens along next year, the 18-55 was serviceable but it could have come in handy a couple of times. 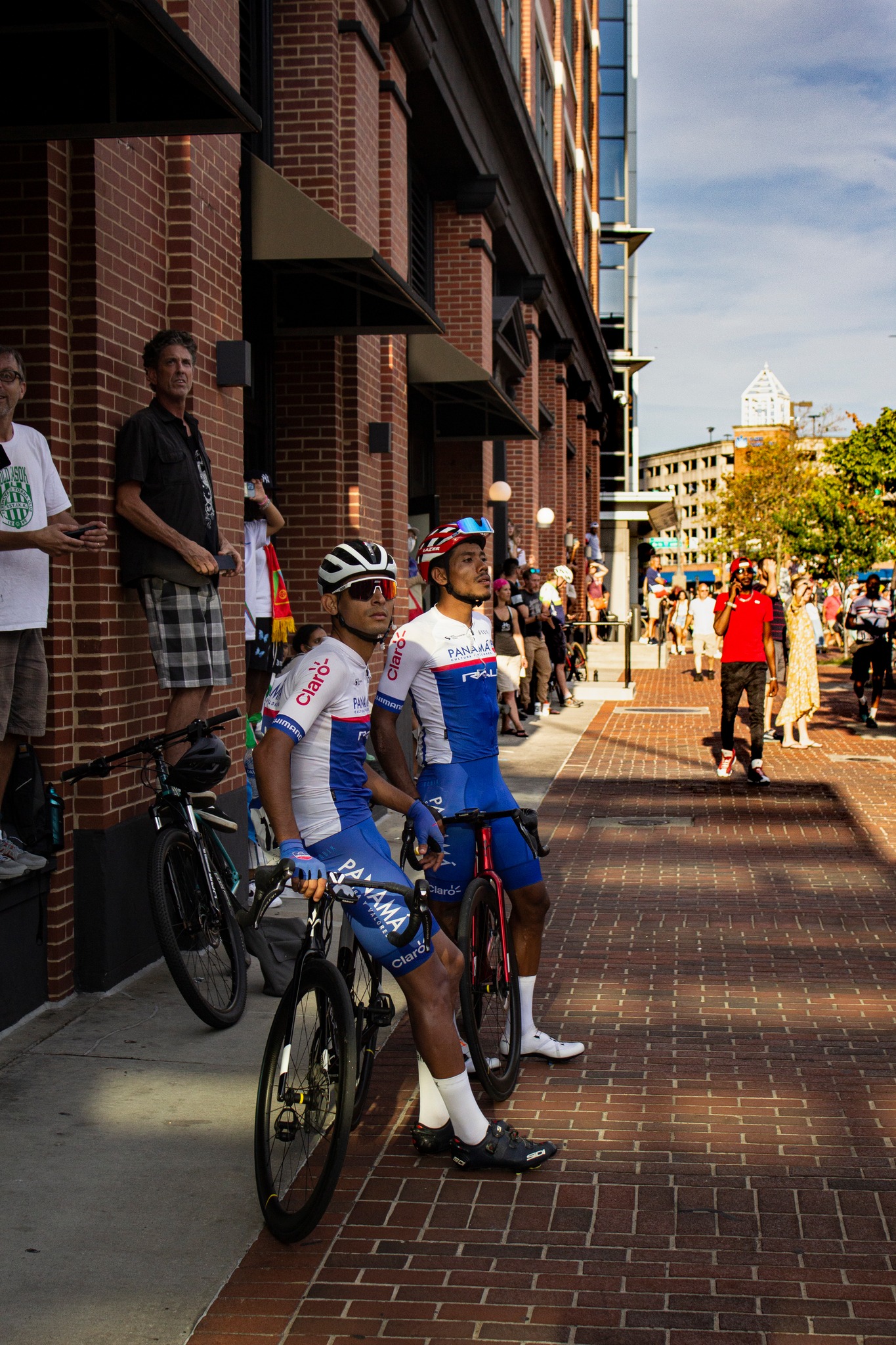 A couple of riders from Panama es Cultura y Valores checking out the finish, two more victims of the time cut. 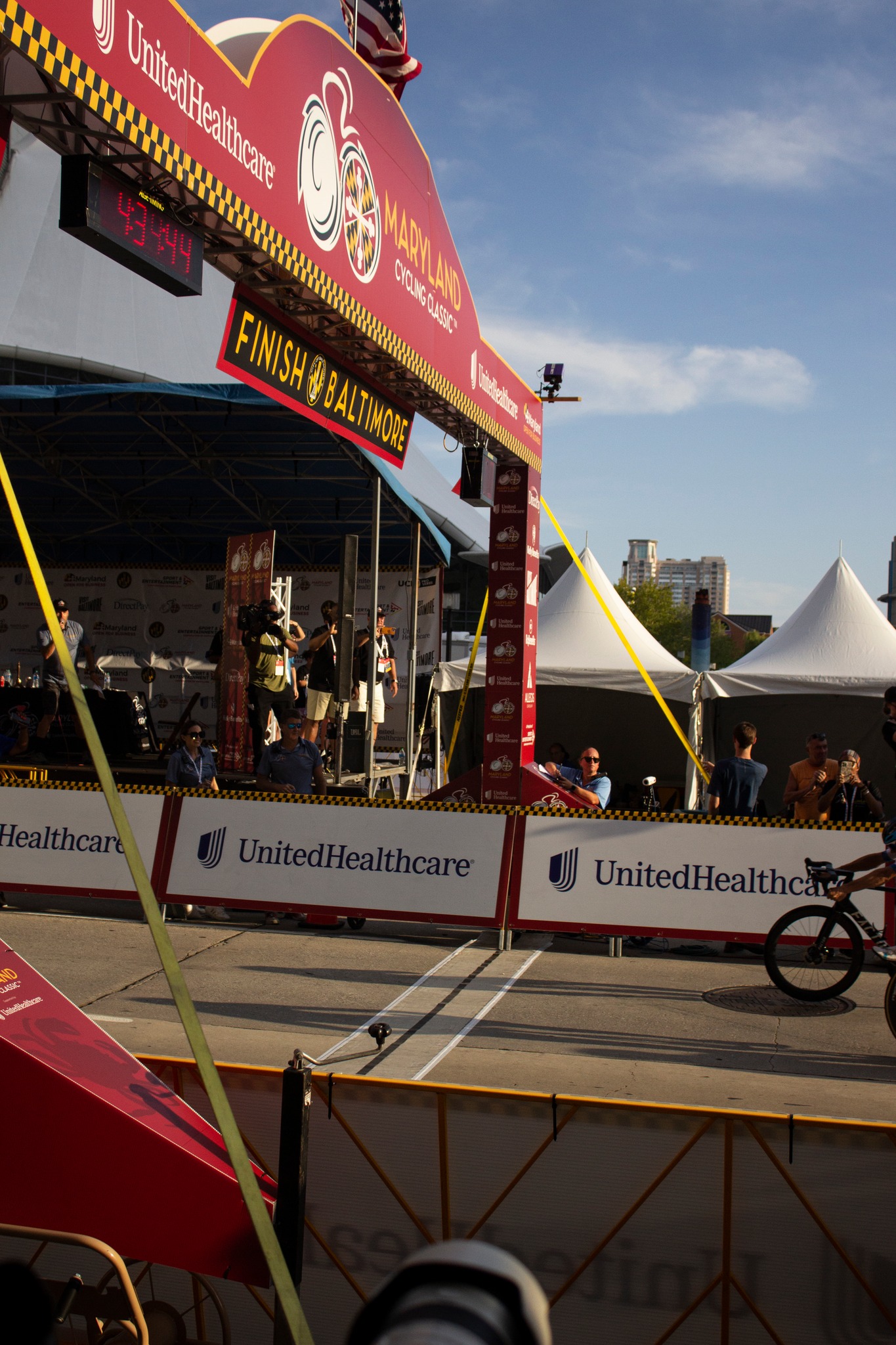 Sep's wheel! Lots of credit to the pros who are able to get us the money shots. 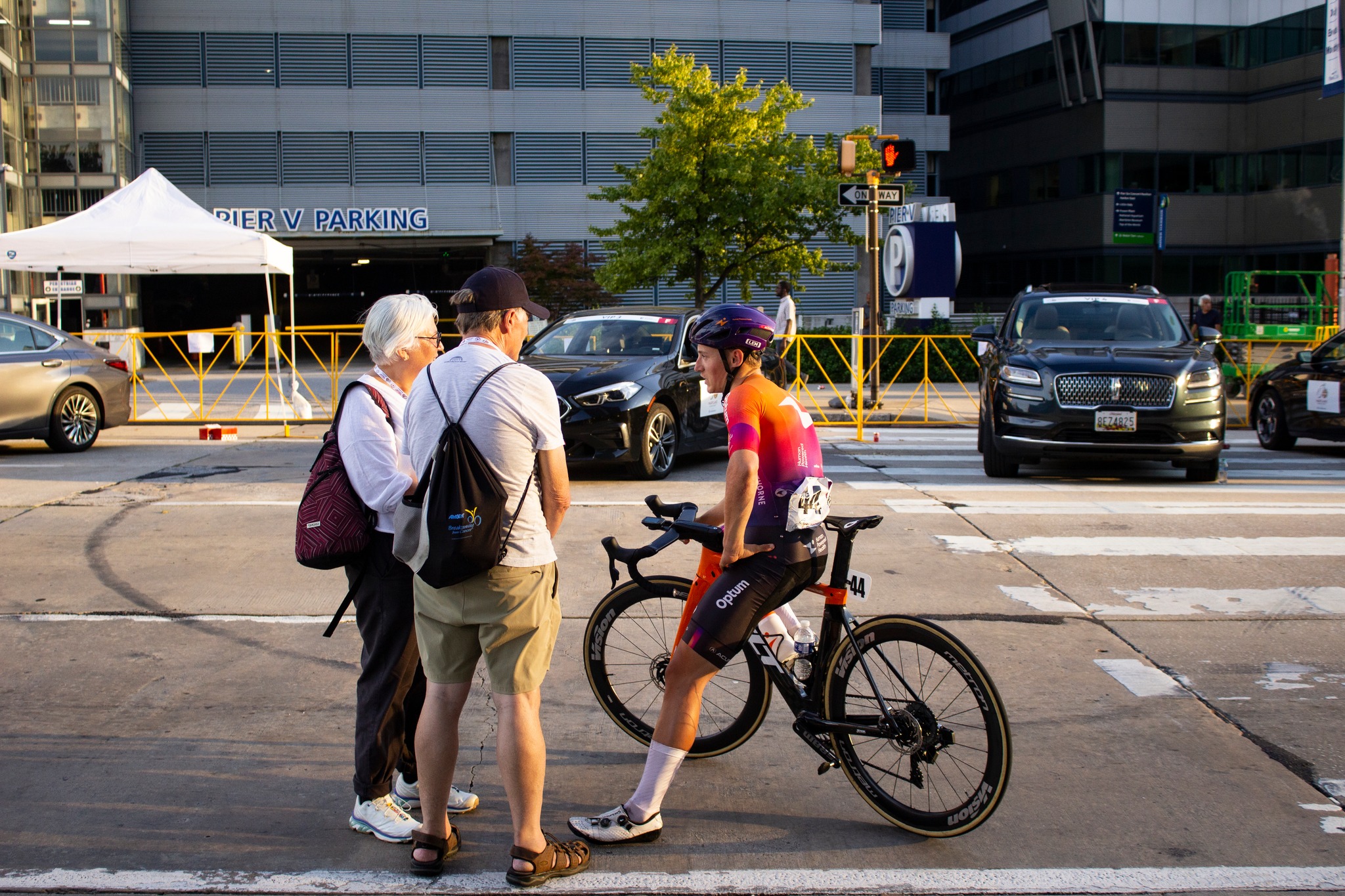 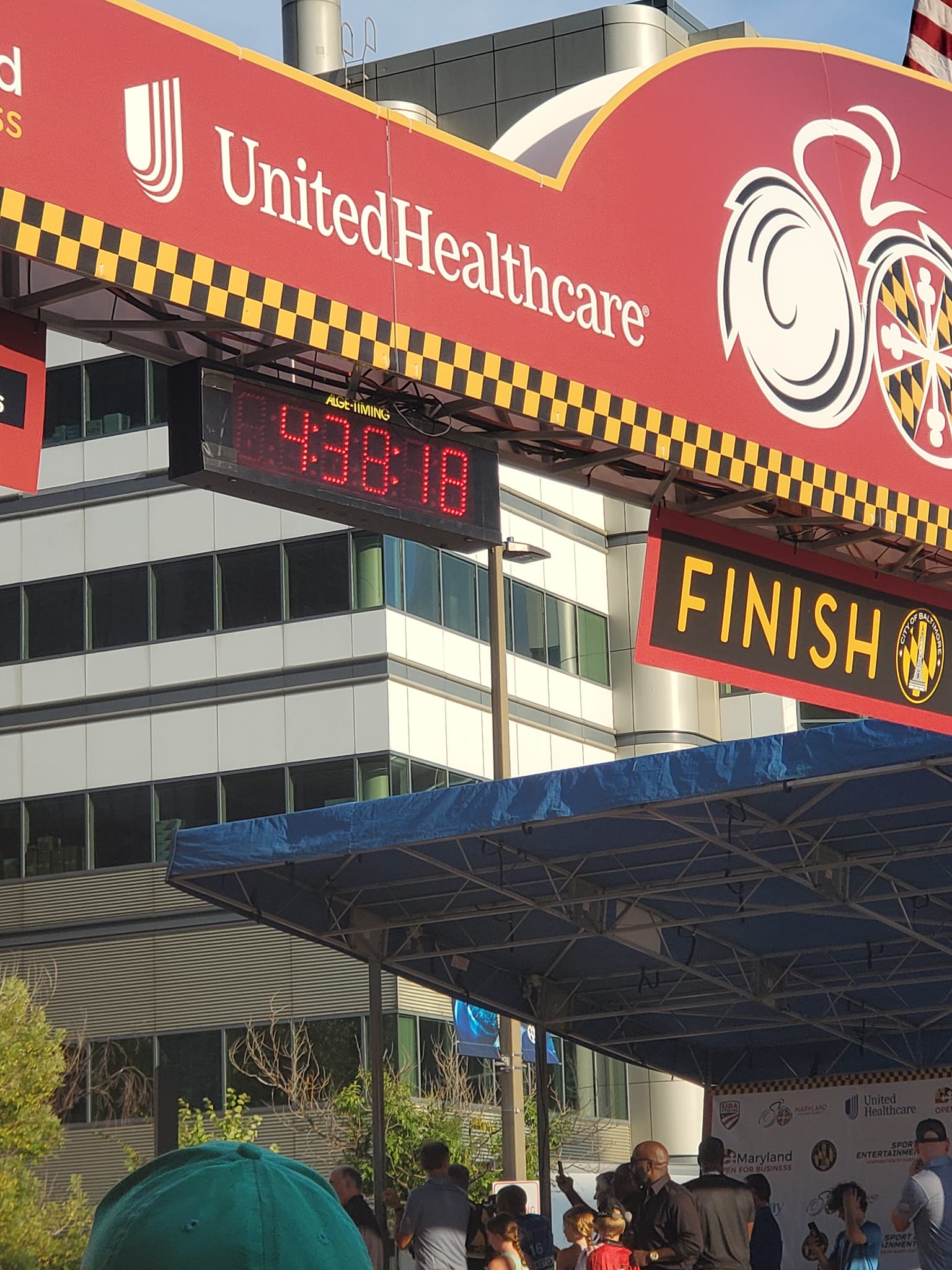 This was my wife's first in person race and I loved her comment "these guys rode 120 miles in 4 1/2 hours and it took me 3 hours 40 minutes to ride 56 miles and mine were all flat [author's note-she had just swam 1.2 miles, and still had 13 miles to run - triathletes, right] and this course was not flat". More than a few facebook friends we impressed at how fast these guys ride.

Final thought, do you think there is any interest in Podium Cafe t-shirts? Mine died sometime after the Richmond World Championships, I wasn't sure if wearing my Podium Cafe jersey was glamour don't since I wasn't riding my bike. That said I did see a couple in matching Garmin jerseys, so maybe?

See you next year