Daniel Friebe and Pete Goding team up once more to provide more words and pictures of another fifty of Europe's cycling climbs.

Share All sharing options for: Mountain Higher, by Daniel Friebe and Pete Goding 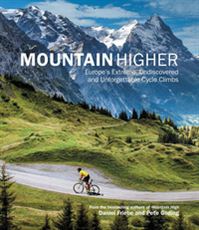 Title: Mountain Higher: Europe's Extreme Undiscovered and Unforgettable Cycle Climbs
Authors: Daniel Friebe and Pete Goding
Publisher: Quercus
Year: 2013
Pages: 223
Order: Quercus
What it is: Mountain High part II - another fifty classic climbs
Strengths: Gorgeous photography, lively text and a selection of climbs that is full of pleasant surprises.
Weaknesses: As always with these things, readers will quibble over some of the climbs included and some of the climbs left out

The Oude Kwaremont is made famous by and has in turn made famous Kuurne-Brussels-Kuurne, the Omloop Het Nieuwsblad, the E3 Harelbeke and - not least - the Ronde van Vlaanderen. The Madonna di San Luca has featured in the Giro d'Italia and is now a star of the Giro dell'Emilia. The Côte de Stockeu's fame is built upon Liège-Bastogne-Liège. The Col d'Èze is a little corner of France that will forever Irish be, because of Paris-Nice. On and on I could go, with the Arrate, Monte Farinha, the Col de Marie-Blanque, the Xorret de Catí, the Grand Colombier and many more of the mountains that form part of the selection in Daniel Friebe and Pete Goding's Mountain Higher. These mountains and their races have gone hand in glove, each lending something of itself to the other to create theatre within the sport and temples for the sportive outside. They are cycling, for it is upon their slopes were crafted some of the greatest stories this sport has produced.

Waiting in the wings, for the time when the stars fade out, are climbs like Monte Crostis, which has become famous because it didn't feature in the Giro d'Italia, despite a scheduled appearance. Or there's the Rifugio Calvanico, which has been tipped and tipped again to make an appearance in the Italian Tour but is yet to receive its Equity card. Again, the fame of these mountains is tied to races.

But there's more to riding uphill than following in the tracks of others, more than merely taking your own pulse and counting in you someone else (to borrow from MacNeice). There is the challenge of the particular climb, or its beauty, or even the less significant role a particular climb may have played in cycling's history. In this, the second volume of Daniel Friebe and Pete Goding's selection of Europe's climbs, it is these mountains, more so that the ones closely associated with races and riders that were the core of Mountain High, that feature strongest.

Consider, if you will, the Prelaz Vršič climb in the north-west of Slovenia, up by the Italian and Austrian borders, in the Julian Alps. The Vršič has never been visited by the Tour de France or the Giro d'Italia, not even the Tour de Pologne has yet thought to detour to take in its slopes. But the Vršič gave the Tour - and, sometimes, the Dauphiné Libéré and other races - something important: the numbers on the bends of Alpe d'Huez. It was while on a holiday in Slovenia that Georges Rajon, the man most responsible for turning the Alpe into the Tour's most famous mountain shrine, stumbled upon the Vršič and its fifty - yes, fifty - numbered (and cobbled) hairpins, counting upwards from one at the base to the half century before the summit. Rajon went home to the Alpe, turned the Vršič's numbering system on its head and when the Tour made its second visit they became a part of cycling lore. The Vršič then is a shrine to a shrine (it is also a shrine to three hundred Russian prisoners of war who died in an avalanche on the mountain in the Spring on 1916). 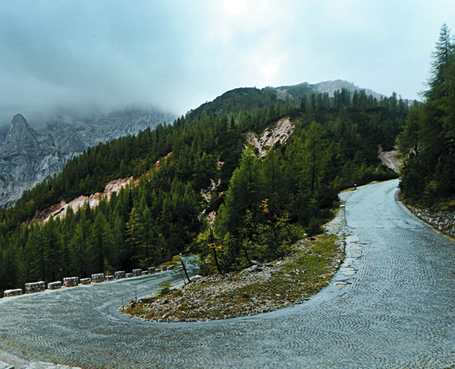 One of the Prelaz Vršič's cobbled hairpins. (Photo: Pete Goding)

Or there's the Sventi Jura in Croatia, down on the Dalmatian coast. Most of the racing in Croatia happens up north, closer to Italy and the Sveti Jura has - so far - been somewhat ignored by the larger Croatian races. But (as Friebe notes here) Robert Kišerlovski wants to change that by reviving Croatia's national Tour, the Kroz Hvratsku, as a pre-Giro leg-loosener and making the Sventi the jewel in the crown of its Queen stage. Friebe likens the climb itself to a Ventoux on the Côte d'Azur: it is two hundred metres lower and eight kilometres longer but - here's the kicker - has its own wind, the Bora, that can leave the Ventoux's Mistral looking like a light breeze.

Or - if you want a real challenge - there's the Grüntenhütte in Germany. It's only five or six kilometres in length, but in that distance you gain a cruel six or seven hundred metres at an average gradient of twelve to fifteen per cent and - this is its real delight - a maximum gradient that tops forty. That's two-in-five in old money. Here's how Friebe describes climbing that slope: "No analogy really does the folly of the exercise justice - besides, perhaps, the image of a kittten trying to haul itself onto an elephant's back." 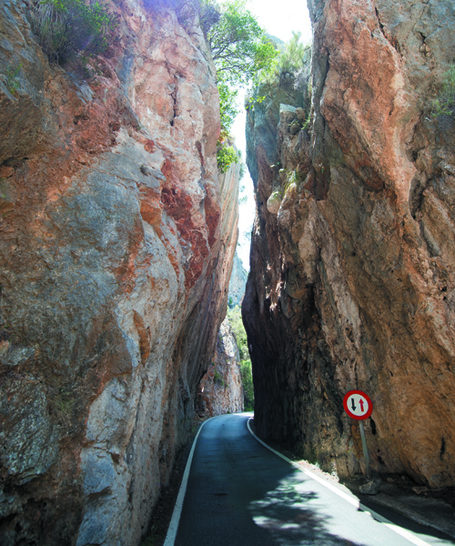 Such 'undiscovered' climbs are the revelations of Mountain Higher. An important point to remember here is that even before the great races started adding to the geography of certain climbs, many of them were already famous among cyclists. We all know about the Tour de France 'discovering' the Pyrénées and some even know the name of the man in l'Auto most responsible for that, Alphonse Steinès. But even before the Tour and Steinès, two-wheeled pioneers were tackling the mountains.

In this regard Friebe makes reference to Charles Freeston, "not a name commonly whispered among the great pioneers or fêted exponents of cycling in the mountains." A newspaper sub-editor (at the Observer and then the Sunday Times), Freeston explored the Alps and in 1900 published Cycling in the Alps: A Practical Guide, a guidebook to climbs in Switzerland and the adjoining Tyrol area. It would take another decade before the Tour 'discovered' the Alps, and that only happened partly as a response to the arrival of the Giro d'Italia on the scene.

Freeston was, sort of, an English Paul de Vivie (the Frenchman who, styling himself as Vélocio, was a pioneer of cyclo-tourism and climbed the Col de la République a long time before the Tour did) and it is useful to recall the role played by men such as he. Surrounded as we are by the myth that the Tour de France invented everything from stage-racing to riding in the mountains, it is refreshing to see reality allowed emerge.

While these 'undiscovered' climbs are the true stars of Mountain Higher one should not overlook the contribution of some of the sport's staples. Take the Cormet de Roselend, which Friebe tells us is a climb Stéphane Heulot tackles every year. What's so special about that? Well it was upon the slopes of the Roselend in the 1996 Tour that a yellow jerseyed twenty-five-year-old Heulot climbed off in tears and went home. Once you hear that story how can you not but think of Heulot in future whenever you hear of the Roselend, still climbing the mountain that ended his yellow jersey dreams?

Other stories come from within races: Jan Ullrich almost grinding to a halt on the Rettenbachferner; Louis Ocaña and the legend of the Col du Noyer; the failed mutiny on the Timmelsjoch (the Passo del Rombo) in the 1988 Giro, just two days after the epic snow-on-the-Gavia stage; Marco Pantani's training rides on the Monte Carpegna; and on and on and on. As with Mountain High there is no shortage of racing lore here. 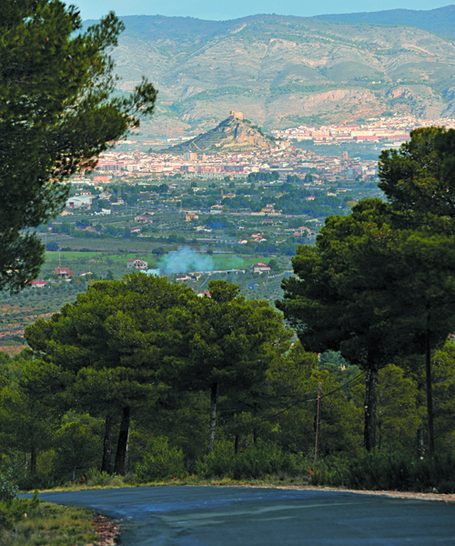 Between the two - the old and the new, the 'undiscovered' and the well ridden - Mountain Higher finds a nice balance in its choices. For sure, yes, it challenges the reader by opening up Europe beyond cycling's traditional heartland, venturing into Norway, Poland, the Czech Republic, Croatia and Slovenia. Having grown up believing that real mountains should be called the Col de This or the Monte That names like Prelaz Vršič, Grüntenhütte or Lysá Hora don't exactly trip off the tongue. But the stories Friebe tells of these mountains - and, of course, Pete Goding's photography - dares you to open your mind and accept there is a world beyond the old borders of the sport. In widening its - and our - horizons Mountain Higher might actually be that rare thing: a sequel that is better than the original.

The full list of mountains explored by Friebe and Goding for this volume (and their vital statistics) is: 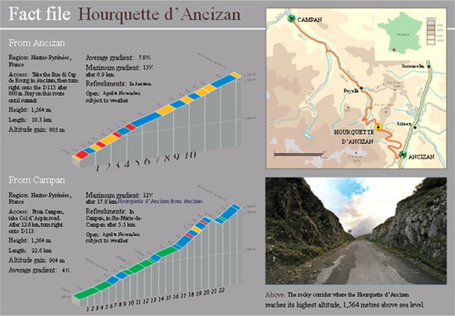 The world of publishing is changing. Mountain Higher highlights one of those changes by the use of what's called the QuercusEye app. A number of the images within Mountain Higher have a QuercusEye icon and, if the reader has downloaded the app to their smart phone, all they have to do is point their camera at the image in the book and a still image turns into a video. Showing being easier than telling, there's a short YouTube video explaining the app and showing how it works with one of the images from Mountain Higher. You can view that here.

Also, you can view an extract from the book by clicking here.