The Cycling Anthology, edited by Ellis Bacon and Lionel Birnie

Share All sharing options for: The Cycling Anthology, edited by Ellis Bacon and Lionel Birnie 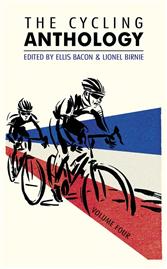 The Economist is - famously - the magazine that is really a newspaper. Jaffa Cakes - according to the VAT-man - are really cakes, and not biscuits. Things, it seems, aren't always what they seem. And this is true of cycling publishing, where Rouleur is the magazine that's as thick as a book and The Cycling Anthology is a book that's really a magazine.

While, over the last few years here on the Café Bookshelf, I have focused on the book side of cycling publishing, there has been an equally startling rise in the number of cycling magazines out there, many of them at the self- or co-operative published end of the market (most of the best coming out of the United States, where the cycling book trade itself seems almost moribund). The rising popularity of the sport has enabled groups of like-minded people to band together and produce the sort of magazines they would want to read. Many of these new magazines are works of art and the sort of thing you want copies of just because they look and feel so good.

The Cycling Anthology, then, might be considered a British contribution to this new magazine publishing industry, Ellis Bacon and Lionel Birnie - editors and originators of the idea - having initially self-published before Yellow Jersey Press picked up the project this year. One of the advantages The Cycling Anthology has over typical cycling magazines is that it is ad free, you don't end up skipping over every other page looking for the real content or find yourself chasing the breadcrumb of another 'continued on page 94' footnote. You also don't have to spend a lot of time ignoring the techs-mechs porn that fills so many cycling magazines, or reading race results from two months ago. Basically, just about all that's wrong with cycling magazines The Cycling Athology is able to ignore while focussing on one of the two real reasons people buy the things: the words (if you want the pictures, buy Rouleur).

(While the editors acknowledged the existence of women in previous issues - volume one included a piece about Victoria Pendleton and Anna Meares, volume three looked at Marianne Martin and the 1984 Tour Féminin - it took until issue four before a woman capable of joining a few words together could be found, she being Orla Chennaoui, from the broadcaster SkySports.)

As with any magazine, you are not going to read every word of every article. I bought the first two volumes when they came out (the third never seemed to reach my local bookshop) but only read those articles that seemed to appeal to me and never got round to the rest until preparing to write this review. Rather than trying to find some way to cover all fifty-three articles across the four issues - and so spending a lot of time talking about articles I've only read out of duty - let's pick a dozen pieces, the top three articles in each issue, the ones you are likely to buy the book for and read first, the ones that will justify spending money on The Cycling Anthology. 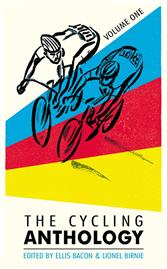 Cyclenomics, by Daniel Friebe, in which the Mountain High author looks at the application of sabremetrics - Moneyball math - to cycling, with a focus on Bob Stapleton's High Road squads.

In Praise of Thomas Voeckler, by Edward Pickering in which Robbie McEwen's ghost looks at a rider who is almost a throwback to the madcap attacking era of riders like Claudio Chiappucci and Marco Pantani.

The Cobbler Retires, by James Startt, in which Bicycling's man in Europe follows the last ride of Frédérick Guesdon, who won Paris-Roubaix in 1997, the first year of Marc Madiot's FDJ team. 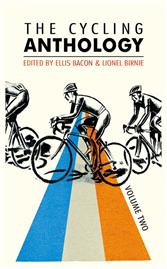 'Look How Big It's Become', by Sam Abt, in which the father of American cycling writing recalls the 1998 Tour and the return to the race of the adopted brother of the Father of the Tour's stepson (or, if you want that in English, Félix Lévitan, the man Émilien Amaury installed to keep Jacques Goddet in check and who Philippe Amaury threw out over a little accounting irregularity).

Napoleon, by William Fotheringham, in which the Tom Simpson biographer remembers Cyrille Guimard who - behind Alphonse Baugé - is probably the most successful directeur sportif the Tour has ever seen.

The Director, by James Startt, in which the Tour de France/Tour de Force author looks behind the scenes at the Tour and interviews Jean-François Peschaux. 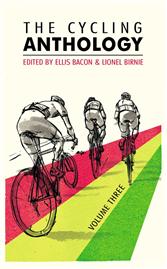 Two-Bob Rockets, by Kenny Pryde, in which the former Winning editor considers the possibility that modern cycling careers - at the very top of the sport - will be briefer than in previous generations.

On the Buses, by Rupert Guinness, in which the Foreign Legion author reminds readers that modern team buses are not nearly as modern as many would have you believe.

What Makes a Great Race, by Edward Pickering, in which the Race Against Time author considers the different ingredients that go to making up a good race, from parcours to prestige and on through the rest.

The Other Side of the Coin, by Alasdair Fotheringham, in which the Federico Bahamontes and Luis Ocaña biographer takes a look at the 1987 Tour, but from the perspective of the man who lost, Pedro Delgado.

Il Pirata, by Daniel Friebe, in which the Cannibal author looks at Italy's last great cycling hero and why he is the last of his line.

The Long-Distance Lorry Driver, by Richard Moore, in which the In Search of Robert Millar author goes in search of the truth behind Tyler Hamilton's claim that after Iban Mayo retired from the pro ranks he became a long-distance lorry driver.