Share All sharing options for: Cyclo Cross 2013/2014, by Balint Hamvas 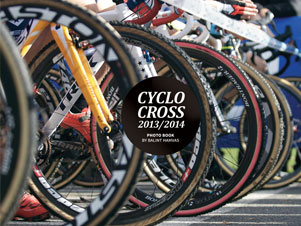 Title: Cyclo Cross 2013/2014 Photo Album
Author: Balint Hamvas
Publisher: Cycle Photos
Pages: 249
Year: 2014
Order: CyclePhotos.co.uk
What it is: A photographic account of the 2013/2014 cyclo cross season
Strengths: Documents what may prove to have been a pivotal season, with Hamvas telling the story in his usual elegant style
Weaknesses: Some way of incorporating race results would be good

So that was the cyclo cross season that was then, eh? A season that was marred before it even opened by the death of Amy Dombrowski, and then after it closed suffered the blow of Niels Albert announcing his forced retirement. It was the season without Zdeněk Štybar (although he did come back to steal the arc en ciel). It was the season Sven Nys kissed his Colnago goodbye with a win and, three days later, kissed his Trek hello with another victory. And, even though it was a season without snow, it was still a season with a lot of show. A season that - like the three that have preceded it - was captured through the lens of Balint Hamvas, ably supported by the pens of Caroline Cardinaels, Simon Burney, Brook Watts and Stef Wyman. A season whose story is told in Cyclo Cross 2013/2014. 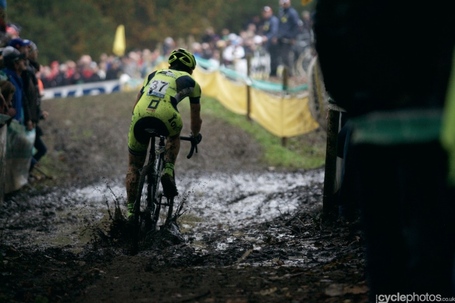 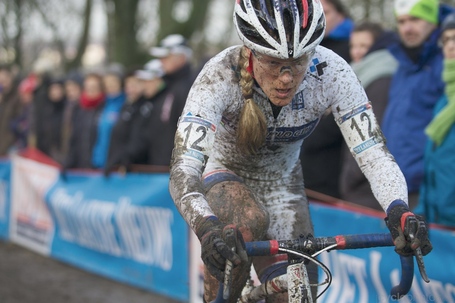 Telling the story of a cycling season through photographs, that can produce a lot of pictures that show different variants of victory salutes, the majority of which will be the bog standard missionary position (two arms in the air). This, thankfully, is not something Hamvas indulges in. There's probably fewer than a dozen such shots across Cyclo Cross 2013/2014's 249 pages, Hamvas preferring instead pictures from in the race and from around the race. As well as the expected pictures of mud (it wasn't a vintage year for lovers of modder, bagger, slib, derrie, slijk, smurrie, dras, blubber, and drek (© Caroline Cardinaels) - blame global warming) and sand (drifting further and further inland - more global warming?) and people going arse over tit (admit it, one of the pleasures of 'cross is watching people going arse over tit) Hamvas's lens also serves to highlight things you don't tend to think about when you think about 'cross - such as how do you dry a TV camera's lens? 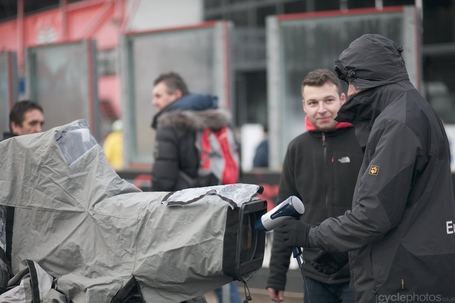 The images also provide some food for strange lateral thought. When I got my first camera-phone I decided I really needed to do something to celebrate always having a camera in my pocket, so I decided I would document the postboxes of Dublin. And - because there's a fan of every weird thing on the internet - I loaded them to a website at the time. Where - to my surprise - they became popular. In Cyclo Cross 2013/2014 I think Hamvas has the start of what could be a similarly weird set of photos: cyclists shot from the knees down. 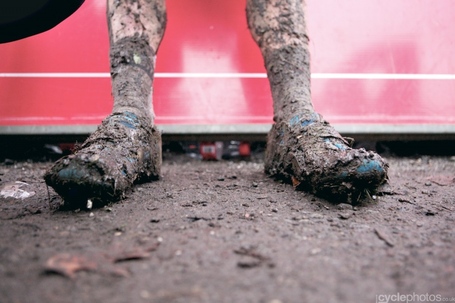 This doesn't even have to be limited to 'cross, where the fascination is how much mud can cling to hairless shins. With roadies, you know how strangely fascinating are the contours mapped by bulging veins. And with trackies the wonder is how bulging muscles are. And Taylor Phinney is single-handedly opening up the area of leg scars. There is much, much more to marvel at in photos of cyclists shot from the knees down that you might imagine. Trust me: I used to photograph postboxes.

Being the third time I've reviewed Hamvas's annual 'cross books, I don't have to tell you that this is the 'cross book of choice that should be on every cycling bookshelf and a cycling photo album that rewards repeated viewings, is not just there to look good on the coffee table. So how about actually considering some of the story of the season told. And to do this, let's consider that season in outline, by reference to the results from the three main series of races (this is my one criticism of Hamvas's annuals - I do think some way should be found to show the results from the season, subtly, so that the book is still able to retain its slightly askance look at the season but while also telling another story from that season): 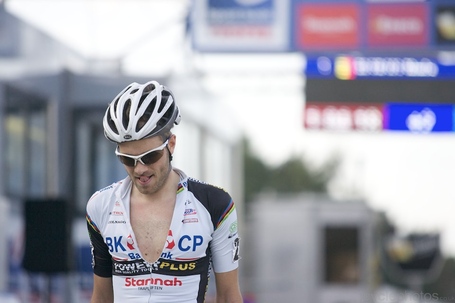 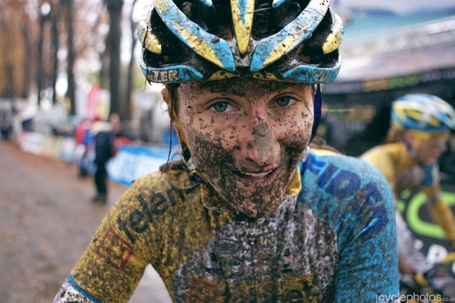 The story of these races is bookended in Cyclo Cross 2013/2014 with appreciations of Amy Dombrowski and Niels Albert, and also enjoys a time-out to offer a photo-essay looking at Helen Wyman, while Stef Wyman looks at Brian Cookson's wizard idea of getting 'cross into the Winter Olympics, making some interesting points on why Cookson is wrong. Elsewhere, Cross Vegas organiser Brook Watts hops into his DeLorean and pops back in time to look at the roots of 'cross in the US and Caroline Cardinaels - as well as offering little vignettes on each race - takes a look at the rivalry between Dutch and Belgian riders. Which look brings us back to the story of the season, part of which is the rise of two new talents, the afore mentioned Lars van der Haar (winner of three rounds of the World Cup and the overall series title) and the even younger Mathieu van der Poel.

Four years younger than Van der Haar's twenty-three years, Van der Poel has cycling genes to burn: daddy is Adri van der Poel (foil to Sean Kelly in many a sprint in the 1980s) while grandad is Raymond Poulidor. In the 2010-2011 season Van der Poel started 29 races. And won 29 races. In 2012-2013 he made it 30 from 30. At 19, you might think he's too young to be beating up on the big boys. But in Scheldecross in Antwerp he was able to race alongside them. Thankfully, Niels Albert beat him. But he beat everyone else. 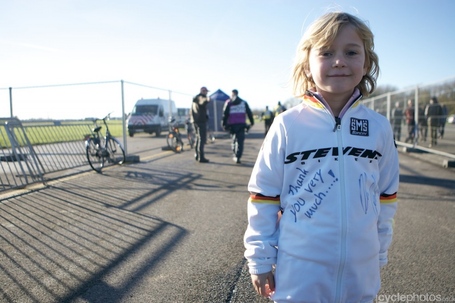 The story of Cyclo Cross 2013/2014, then, is both of the past (Dombrowski, Albert) and the future (Van der Haar, Van der Poel), while Sven Nys still rules the present. With the next chapter about to begin - 2014/2015 - now is the ideal time to catch up on what is likely to prove to have been a pivotal season. 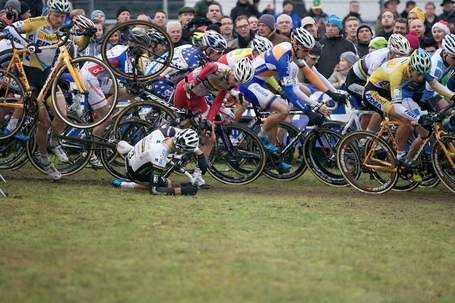