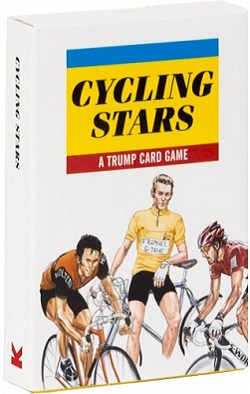 Title: Cycling Stars - A Trump Card Game
Authors: Claire Beaumont (words) and Rupert Smissen (graphics)
Publisher: Laurence King
Year: 2015
Order: Laurence King - UK | US
What it is: A deck of cards with profiles of thirty riders on them, each scored along different criteria, from Panache to Toughness
Strengths: Seriously good fun as you try to trump your opponents with superior scoring attributes (and just as much fun as you argue whether Eugène Christophe really outscores Cadel Evans on toughness)
Weaknesses: Sean Kelly only scores eight for Panache? On! What! Planet?!?

How I ever got to the age I did without having played Top Trumps is hard to explain. Obviously I'd like to wave my war child credentials and tell you how hard it was growing up as an inner-city ruffian and being too poor to afford such frippery but the reality has probably got more to do with Waddingtons never having produced an Irish edition of the game. If they'd had a set of cards containing Dev, Connolly, Larkin and the rest of that lot the Christian Brothers would have made playing it mandatory. Now, thanks to Laurence King - a UK publishing house that specialises in the creative (visual) arts - and their Cycling Stars (a Top Trumps-style game) I've finally got around to breaking my cherry. And I'm sad, for now I know what fun I have been missing all this time.

Cycling Stars consists of a deck of thirty playing cards (plus another four cards with bumph on them), each card showing a particular rider and his scores for Panache, Notoriety, Wins, Climbing. Sprinting and Toughness. Once the thirty cards have been dealt out to however many people are playing, the first player turns over his top card and picks one of the attributes. Let's imagine he's me and I've turned over my Pedro Delgado card. Perico scores 59 for Panache, 31 for Notoriety, 11 for Wins, 89 for Climbing, 35 for Sprinting and 57 for Toughness. Let's say I go for the obvious choice and opt for his climbing attributes (the man couldn't descend for toffee but boy could he climb). You now turn over your top card. And ... buggery, you've got Marco Pantani, who scores 94 for Climbing. You win and get my Delgado card. I knew I should have gambled and gone for Toughness - Perico's 57 would have beaten Il Pirata's 43. 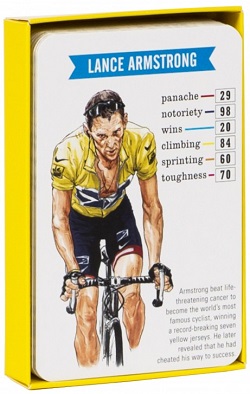 In the next play you turn over your top card first. Oh look, it's Mario Cipollini. You go for his sprinting attribute. Which against my Miguel Indurain is surely a no contest (Miguelino could time trial to beat the band but when it came to sprinting ... well I think I remember seeing him win an uphill sprint sometime, but never on the flat). On we go to the next round. I turn over Johan Museeuw and reckon his Notoriety value will trump most anything you can offer. But you turn over Tom Simpson. (How can I be losing so badly in an imagined game? I swear I was winning when I was playing against my twelve-year-old nephew.)

The actual playing of the game is fun. Clearly it's about as skilful as Deal Or No Deal (unless you're one of those sort of people who can memorise the values of all six attributes of the thirty selected riders in which case I'll grant you a little bit of skill - actually, that's probably how you beat me over the last three rounds, right?). But it's a flattering kind of non-skill: you think your Cipo out-sprinted my Miguelino, that your Pantani out-climbed my Delgado. Like Candy Crush, each time you win a hand you get that little bit of a pat on the back that keeps you playing for another round. And another. And another. Until one of us has no cards and the other has all of them (the way this game is going that's clearly going to be you and not me).

But as well as the back patting, there's also the bitching. Because, seriously, whenever anyone picks thirty riders across all time and scores them on six intangible attributes, there's going to be bitching. There's the arguments over the riders chosen: "No, I refuse to let your Lance Armstrong beat my Roger de Vlaeminck. Big Tex was busted and banned for life." There's the arguments over the riders scored too low: "How the bleeding hell can Sean Kelly only have a score of eight for Panache? Haven't these people ever watched him sprinting down the Poggio?" And there's the arguments over the riders scored too high: "How can Cuddles possibly get a score of sixty-four for Toughness? Seriously, how?" Play long enough and against the right person and the disagreements will probably descend into fisticuffs. Or someone flouncing off like that time Gino Bartali ran away from the Tour because he said someone pulled a knife on him. (Me playing against my twelve-year-old nephew, well fisticuffs would have been bang out of order, so yes, it did end with a flounce off. He played John Tomac and beat my Laurent Fignon and wouldn't accept that Tomac so wasn't a better climber than le Prof. After ten minutes of me explaining patiently - including telling him all about Fignon getting to the top of La Plagne first that day Roche nearly made Phil Liggett have a heart attack - he just walked.)

One of the joys of doing the Café Bookshelf pieces is that every now and then I come across something that really makes me smile, and Cycling Stars really is one of those things. I could tell you that this is the perfect stocking filler, or a fun little birthday present, or something to get come Mother's Day/Father's Day. But really, this should be treated as a guilty pleasure, something you really should buy for yourself. The cards - about the size of a standard deck of playing cards - are little things of beauty. Rupert Smissen's artwork is simple but elegant (his own website has a selection of images used on the cards). Claire Beaumont's mini capsule biographies and rankings are fun (the disagreements, well whoever did the rankings you're going to disagree with them, that's the way the world works). And, as with Sarah Connolly's women's cycling Top Trumps series, they can be educational. Personally, I haven't had this much fun with a deck of cards since I got a pack of Bill Drummond's Silent Protest Cards. 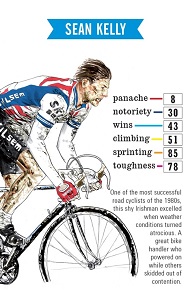 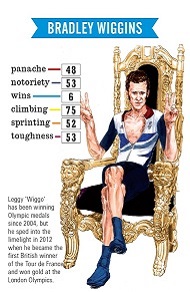 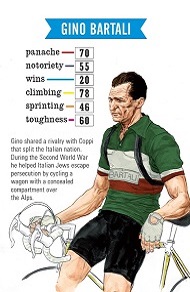 Pretty much the only thing worth criticising Cycling Stars for is that, at thirty cards, there's not enough of them. Stars past and present have been overlooked. Hopefully, there will be a Cycling Stars II along in due course.