A book about cycling climbs that transforms into a collection of art prints.

Share All sharing options for: Cycling Climbs, by Nigel Peake and Claire Beaumont 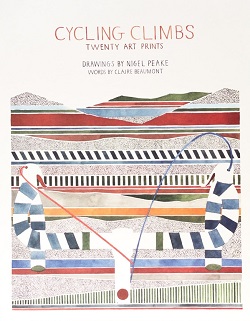 Title: Cycling Climbs - Twenty Art Prints
Authors: Nigel Peake (drawings) and Claire Beaumont (words)
Publisher: Laurence King
Year: 2015
Pages: 20
Order: Laurence King - UK | US
What it is: A collection of twenty art prints inspired by iconic climbs, with some of the story of those climbs
Strengths: Once you've read the details, you can frame the prints and hang them on your wall
Weaknesses: As always with these things, the selection is a matter of taste

Time to turn to another offering from Laurence King Publishing, whose Cycling Starss trumps game has been giving me hours of fun. This time the stars are out and mountains are in, with Cycling Climbs offering a collection of twenty art prints inspired by iconic climbs. With showing being so much easier than telling, the easiest thing here will be to look at some of the climbs Claire Beaumont writes about and Nigel Peak illustrates. But first, the climbs chosen.

As Beaumont notes in her introduction, this is not a compendium that sets out to classify the world's highest or hardest climbs, instead it's a selection of climbs that's meant to "delight, inspire and force you to gleefully toil before you can soar." Some of the climbs are known to us through bike races, some are known to us through cycling films (Mount Evans features in the finale of American Flyers), some may even be new (particularly the Colombian climbs).

Beaumont's written introduction to each climb is economical, the necessary bare facts (length, height, gradient) and a few words about each climb, either talking you through the ascent, setting out its history or discussing moments from races which linger long in the memory.

Peake's drawings, they're abstract interpretations of the selected climbs that seem to take inspiration from geometry and geology as well as cycling itself.

To the mountains then, and let's start with the Stelvio: 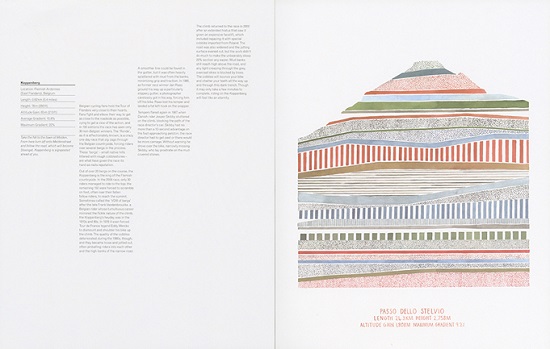 Of the Stelvio, Beaumont writes this: "Stand in the typically Austro-Italian town of Trafoi and look up: it feels like staring up at a Manhattan skyscraper" and Peak's illustration seems to capture that feel, along with the 48 hairpins engineered by Carlo Donegani - Progettista dell'Impossibile, the designer of the impossible - in the early nineteenth century.

From Italy, we head north, to Belgium, and "the King of the Flemish countryside", the Koppenberg: 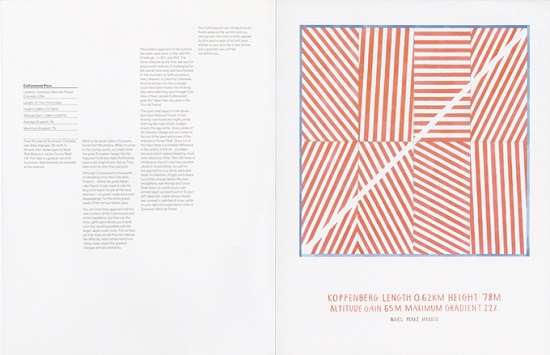 The Koppenberg has seen many a rider forced off their bike and left to scramble up its cobbled slope in their cleated feet - even Eddy Merckx has walked his way up - but sometimes it is not the climb itself that brings riders to a stop, but the spectators that line the mud banks that rise above the road. Jan Raas was taken down here by a shutterbug, Jesper Skibby was almost run over by the race director. Even with its new, posh Polish cobbles, this one "may only take a few minutes to complete, [but] riding on the Koppenberg will feel like an eternity."

US climbs may not be as storied as their European counterparts but they are still well represented in Cycling Climbs, with New Hampshire's Mount Washington one among them: 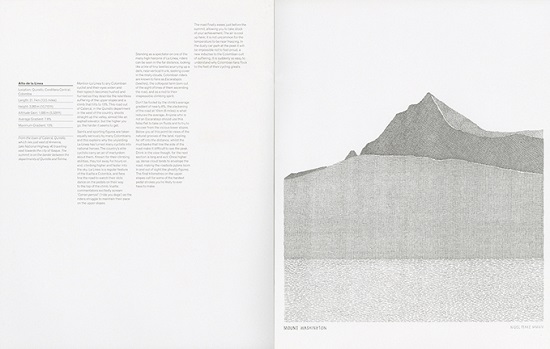 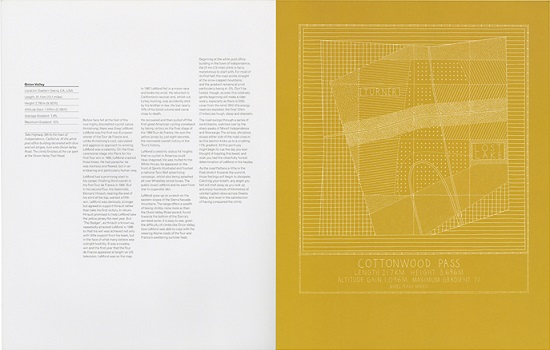 With its gravel road, Beaumont compares the Cottonwood Pass to the strade bianche of the Col delle Finestre, noting that the fire road is easier to climb than Italy's white roads, and definitely easier than Flemish cobbles. Easier, but but not easy, the pass gaining nearly 1,100 metres in a little over 21 kilometres.

From the US, we go back to Italy, and a celebrated climb that itself celebrates cycling - the Madonna del Ghisallo: 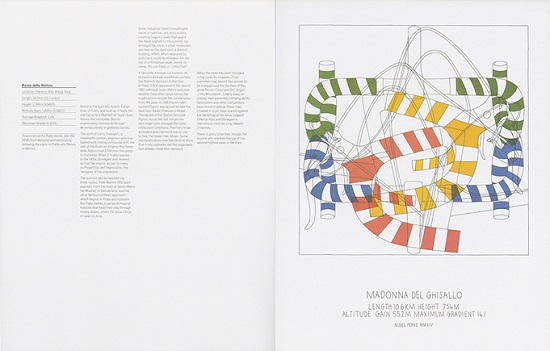 From its legend of the Count Ghisallo and the bandits to the legend of Alfredo Binda winning a prime on its summit, the Ghisallo is a climb made famous by la classica delle foglie morte, the race of the falling leaves, a race they today insist we call it Il Lombardia but which will always be better known as the Giro de Lombardia (but never, ever as the Tour of Lombardy).

Less steeped in cycling history than the Ghisallo, our next and final stop is, even still, even more famous - Mont Ventoux: 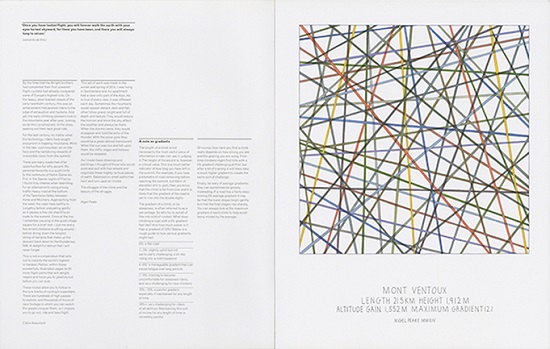 Without once mentioning the mythologising semiotician Beaumont runs through some of the Ventoux's high and low points, from Eros Poli to Tom Simpson. The stories that have become attached to the Ventoux have only increased the severity of the climb, such that the hearts of almost all who approach it on two wheels beat faster with fear.