The Modern MAMIL, by Spencer Wilson and Joel Rickett

A cycling lexicon for MAMILs.

Share All sharing options for: The Modern MAMIL, by Spencer Wilson and Joel Rickett 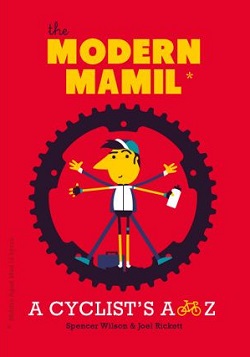 Title: The Modern MAMIL - A Cyclist's A-Z
Authors: Spencer Wilson (illustrations) and Joel Rickett (words)
Publisher: Kinkajou
Year: 2016
Pages: 64
Order: Quarto Books
What it is: A cycling ABC for the modern MAMIL
Strengths: Wilson's illustrations are colourful and quirky
Weaknesses: Brevity may be the soul of wit but a 64 page book seems wrong

Like me you may get one of those WTAF moments when you realise that, despite having a mahoosive digital footprint, it's only little over a year since MAMIL - the cycling acronym some think is the ant's pants - was added to Oxford Dictionaries's xlnt online collection (other additions clearly haven't fared as well). The Middle-Aged Men In Lycra acronym has, of course, been around a lot longer than that. A quick search of Google News shows it being used by the BBC and the Guardian as early as August 2010, with credit for the coinage going to retail analysts Mintel.* Come 2012's summer of sport in the UK - with the London Olympics as its centrepiece - MAMILs began taking over all media reports about cycling. Spencer Wilson and Joel Rickett's The Modern MAMIL - A Cyclist's A-Z unashamedly targets itself at these newbie Lycra-clad middle-aged wannabe road warriors. A sample of some of the entries in Wilson and Rickett's lexicon follows. 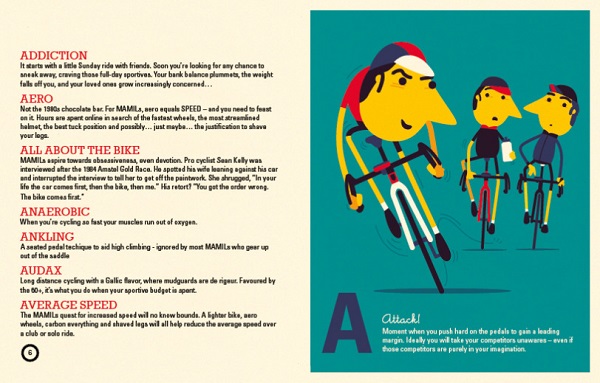 ADDICTION
It starts with a little Sunday ride with friends. Soon you're looking for any chance to sneak away, craving those full-day sportives. Your bank balance plummets, the weight falls off you, and your loved ones grow increasingly concerned... 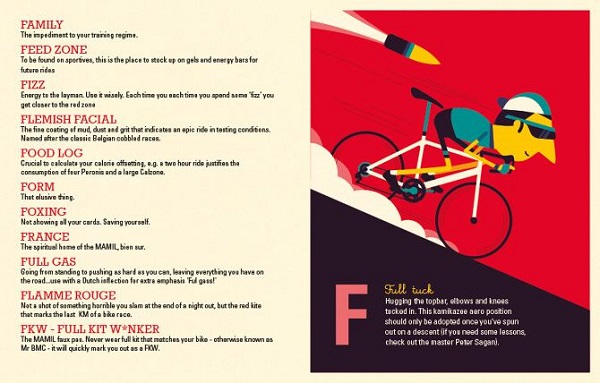 FLEMISH FACIAL
The fine coating of mud, dust and grit that indicates an epic ride in testing conditions. Named after the classic Belgian cobbled races. 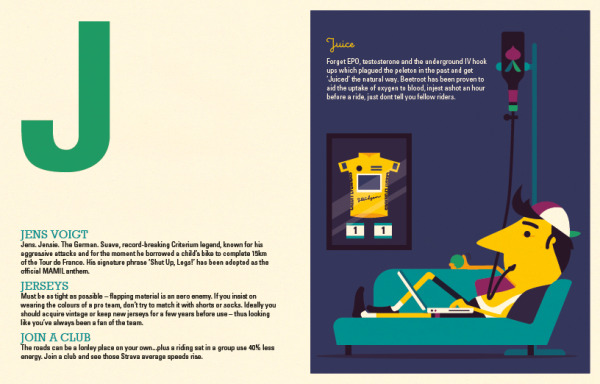 JENS VOIGT
Jens, Jensie. The German. Suave, record-breaking Criterium legend, known for his aggressive attacks and the moment he borrowed a child's bike to complete 15km of the Tour de France. His signature phrase, 'Shut Up Legs!' has been adopted as the official MAMIL anthem. 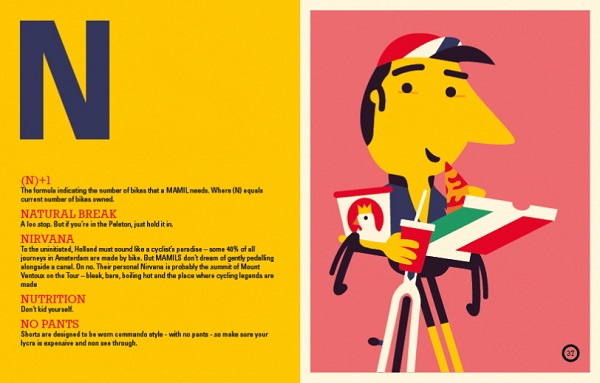 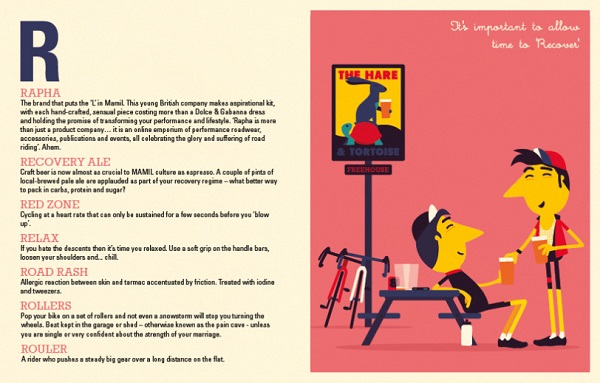 RAPHA
The brand that puts the 'L' in MAMIL. This young British company makes aspirational kit, with each hand-crafted sensual piece costing more than a Dolce & Gabanna dress and holding the promise of transforming your performance and lifestyle. 'Rapha is more that just a product company... it is an online emporium of performance roadwear, accessories, publications and events, all celebrating the glory and suffering of road riding.' Ahem.

RECOVERY ALES
Craft beer is now almost as crucial to MAMIL culture as espresso. A couple of pints of local-brewed pale ale are applauded as part of your recovery regime - what better way to pack in carbs, protein and sugar? 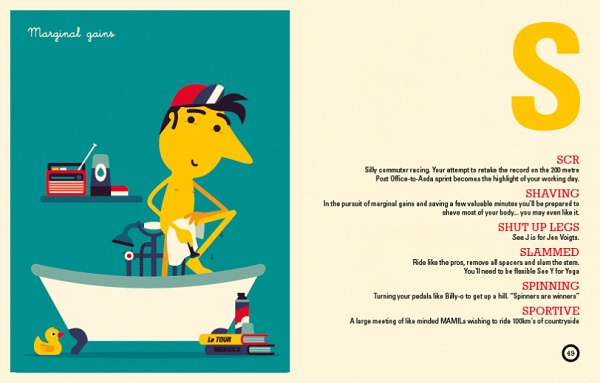 SCR
Silly commuter racing. Your attempt to retake the record on the 200-metres Post Office-to-Asda sprint becomes the highlight of your working day. 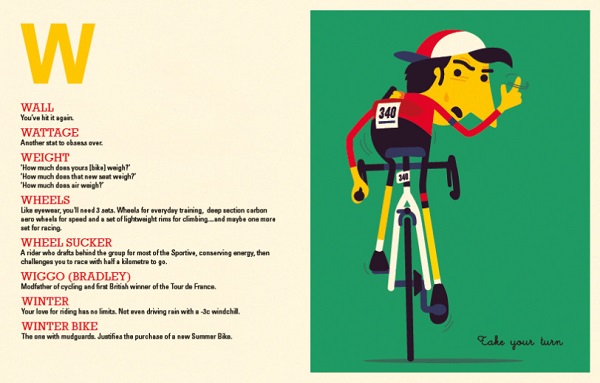 Looking not a little unlike a child's ABC - though quite unlike, say, Edward Lear or Dr Seuss - The Modern MAMIL is, like the recent P Is For Peloton, really just a showcase for the quirky artwork of its illustrator, in this case Spencer Wilson. If the illustrations fire your fuse, chances are you'll buy the book. If they don't, chances are someone you know will end up buying it for you. 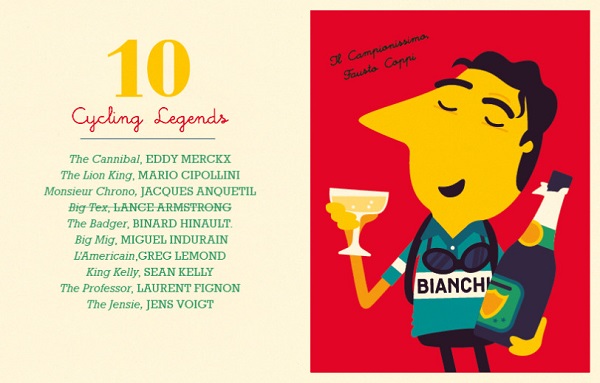 * Mintel may own MAMILs but the idea of middle-aged men in Lycra predates their coinage and wasn't restricted to cyclists.