Bells and Bikes, by Rod Ismay

The story behind one of the community events that helped Yorkshire make such an impact on the Tour de France in 2014.

Share All sharing options for: Bells and Bikes, by Rod Ismay 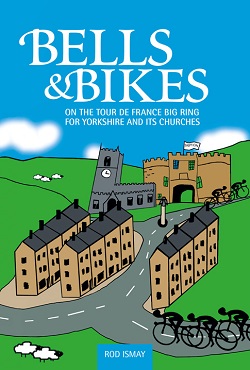 Title: Bells and Bikes - On The Tour De France Big Ring For Yorkshire And Its Churches
Author: Rod Ismay
Publisher: Bells and Bikes
Year: 2015
Pages: 192
Order: Vertebrate Publishing
What it is: The story behind one of the community events that welcomed the Tour de France to Yorkshire in 2014, the ringing of church bells
Strengths: A behind the scenes look at just one of the cultural events that helped Yorkshire make such a mark on the Tour, a cultural event that took a lot of coaxing and cajoling in order to make happen
Weaknesses: There's lots about the planning of events surrounding the Tour, not so much about actual events during the Tour

"My greatest thanks for tonight is reserved for every man, woman and child who supported, encouraged and believed in our dream. As I speak, 600 bell-ringers across sixty churches across the county are ringing hundreds of bells in celebration of this moment, in itself an inspirational example of what we can achieve together. I am certain that thousands of young people across the UK will be inspired by the champions of cycling this weekend. This is our destiny - you are part of history - vive la Yorkshire, vive le Tour de France!"

With those words Gary Verity, chairman of Welcome to Yorkshire and the man who fronted the campaign to bring the big buckle to God's own county, welcomed the Tour to Yorkshire at the pre-race team presentation two days before the start of the 101st edition of the Tour de France in July 2014. Much has been written about the Tour in Yorkshire, about the racing and the crowds lining the roads to cheer them. Much has been written about the Tour's legacy, the future Tour champions it may have inspired and the Tour de Yorkshire that has followed it.

But there was more to the Tour in Yorkshire than cycling. In France, the Tour is as much a cultural festival as it is a bike race, a mobile month-long fête circuiting the country. And this cultural aspect of the event was fully embraced by the people of Yorkshire in 2014, more so than it was the last time the Tour had its grand départ in the UK in 2007 and more so than it was on either of the two other occasions the Tour had visited the UK, in 1974 and 1994. From the day in December 2012 when it was announced that the Tour would be going to Yorkshire something special began to happen as the local community enthusiastically threw itself behind the race, literally bringing out the bunting to welcome the Tour. 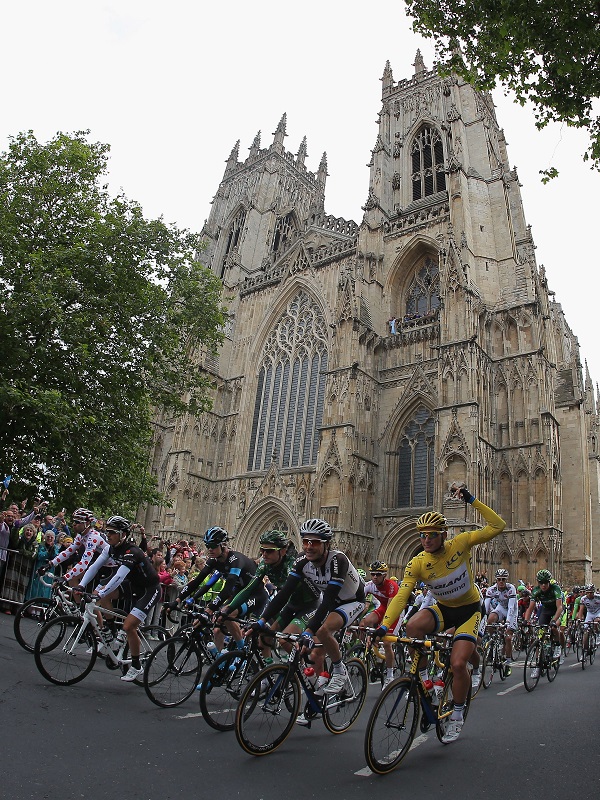 Rod Ismay's Bells and Bikes tells the story of one of the ways in which the local community embraced the Tour, local bell ringers coming together to provide an aural backdrop to the presentation of the Tour riders on the Thursday before the race and again on the Saturday and Sunday as the race passed local churches. Very much in the tradition of amateur abroad stories, Ismay's tale is all trials and tribulations, often getting itself bogged down in minutiae, spending too long on the planning of events at the Tour and too little on those events themselves. This makes for a book to be dipped in and out of rather than curled up with, one that is interesting in places but without sustaining your interest for very long. The insight it offers into some of the community events surrounding the Tour in Yorkshire, though, is the fascinating aspect of it, events away from the actual bike riding but just as important to the success of the UK's second grand départ.

Ismay put more than a year and a half into getting the bells ringing, bringing together campanology and Campagnologists (you can spot them by their Delta Brakes and you just know without having to ask that they have a Campagnolo corkscrew and know that 2014 is the most recent Tour to have been won by a rider using a Campag groupset), with bell ringers in Hampshire and Dorset also joining in, as did ringers in Australia, the USA and the Netherlands. An enthusiastic cyclist and an equally enthusiastic bell ringer, he uses Bells and Bikes to share his passion for both, in particular calling on readers to give bell ringing a go. And now, with the Tour de Yorkshire up and running, the bells and bikes story goes on, church towers ringing out to herald that race's arrival. When you're watching the next edition of the Yorkshire race and you hear the sound of church bells in the distance, spare a thought for the men and women ringing them. And if you want to learn a little of their story, pick up a copy of Bells and Bikes.