Too many SSR's or too few? 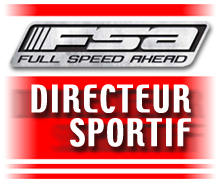 Sunday morning I found myself watching the Chrono des Nations. Not because I was particularly interested in a race where the winner was preordained (Mr. Panzer Wagon) but because it was the last race of the 2013 season and I wanted to get started on VDS 2014 and due to various cancellations and moving of other races, the CdN was left alone a few days after the rest of the season ended. (Yes, such is my life.) And as I was watching it occurred to me, why is this SSR in VDS? Long story short, Chris, Jens and I exchanged an email about cat 6 races in general and their worth to the VDS competition and we decided to get your input. What should we do about cat 6 races next year? Keep ‘em? Add to them (like, say the Tour of Alberta)? Trash ‘em all? Keep only the better ones and make ‘em cat 5 races? What should we do? Here’s the chance for you to have a say.

It was only a couple of years ago that we added cat 6 races. Before that (2009 and earlier) races had to be cat 5 or better. Yep, we lived in a harsh world then. No Chrono des Nations. No Paris Camembert, no Tour of Denmark, no Tour of Utah, no Sparkaussen Munsterland Giro. A race had to be a race, if you catch my drift. (And if you catch it, give it back!) Life was calm. Just 47 races!

Part of the reason for fewer races was waaaay back then live video was hard to come by. It is amazing to look back and see how fast the internets haz progressed in just a few years. Remember back then and trying to log on to Cycling.TV? Nostalgia sure is dumb. Anyways back then we had sort of a rule of thumb: if we could get live video of a race, said race was included in next year’s VDS.

But then video started getting more common and with races that were less competitive than the cat 5 races. What to do? Cat 6 races! But as I recall, and Chris and others can correct me, races weren’t meant to stay Cat 6 year after year. Cat 6 was supposed to be sort of a probationary level, like purgatory or something. Either the race was supposed to step up and be equal to Cat 5’s or above or we’d drop it. The Canadian WT races and Colorado all started life in Cat 6 land and moved up because of their startlists.

But then..things got possibly out of hand as we didn’t actually drop hardly any races and in fact added more and more Cat 6’s. Which is where we are today with 44 Cat 6 races. Including one that’s been a Cat 6 for two years now and has never actually taken place. Bonus points for the first to guess which race that is!

So let’s revisit these races while the season is still fresh in our minds and we aren’t pining for any race. There’s several ways we can go with these races; maybe you can suggest another way entirely. Let me list what I see as our options:

We can do this if we want. We’d still have 68 races on the calendar (including all the national championships as 1 race). More importantly we’d have all the big and medium races. That’s the thing about a lot of these Cat 6’s: they often are races that see a lower class of rider. It’s not like Peter Sagan is racing. No, it is some end of the bench WT rider, a medium ability Pro Conti rider, and a Conti rider on a team that you might never had heard of before. Most of those riders would never score in a bigger race. (As an aside, we list all the riders on WT and Pro Conti teams with Conti team riders being listed only if they’ve scored before.) It’s like Cat 6 races are their own separate circuit so why include them?

Yeah yeah, Cat 6 races are of lesser quality. But ALL of them have at least a couple of WT teams and a handful of Pro Conti teams racing so what’s with this attitude of trying to kick out the little guy? And it makes watching those SSR live vids that much more fun. I love watching cycling + VDS so the more the better I say.

The in between position. Some of these Cat 6’s are pretty marginal. A couple of them get cancelled or their dates get moved...meh. But some are truly interesting races with some of the elite riders. These we should keep.

Ah but where is the cutoff line? Baseball has it’s Mendoza Line: what about VDS? First,for you who don’t know about Mendoza and what I am talking about, Mendoza was a marginal player in baseball. Players who were/are worse then him are not good enough to be on a team, players better then him are solid pros. So what I am proposing is a race that we can judge other races by. If the judged race has a worse startlist than the race it is being compared to then boot it out of VDS! If it’s better, then cool-join the Cat 5 club and mean something dammit.

- 5 WT teams in Sky, Garmin, OPQS, Cannondale and for some reason that’s unfathomable to me Movistar.

- PLUS 4 local miscellaneous teams which are technically Conti but aren’t even listed as such in VDS: Node 4 Giordana Racing, Team IG Sigma Sport, Great Britain, and Team UK Youth

Compare to the Tour of California, also a Cat 5:

Cali is overall stronger which in VDS terms means more interesting because players are more likely to have riders in the race. I do this comparison to show that not all Cat 5 races are equally good and probably some Cat 6’s are arguably just as good as Britain and so I propose that we look at last year’s Cat 6’s with an eye towards how they stack up to Britain. Elevate them to Cat 5 and if they compare, and if they don't get rid of them. No I haven’t done this comparison yet with all the Cat 6's, and if none are as good as Britain then I say back to the drawing board. But let’s peak...

Verdict: Yeah, roughly comparable to Britain. All of those Conti teams dilutes the field considerably and more importantly for VDS purposes no one is gonna pick riders from those teams. But the 15 WT and Pro Conti teams make this a Cat 5 race. Okay one more:

Verdict: This has all the makings of a local Dutch race: lots of Conti teams that VDS players are not interested in balanced by just 4 WT teams and 4 Pro Conti teams. I would cut this race.

So three options. If you can think of a different option, let’s hear it. Otherwise there’s a poll attached to vote and make a case for any option in the comments. Oh-and if anyone wants to look at Option 3 and see how many Cat 6 races have as high a quality field as Britain, let us know.

PS If someone wants to take a stab at ranking the riders who scored the most in Cat 6 races, that would be interesting too.

EDIT- Thanks to SuperTed- The Cat 6 All-Stars! Here are the riders last year who scored the most Cat 6 race points:

Note that these riders would only lose these points if we get rid of the Cat 6 races. With option 3 above, they would actually GAIN points.