With the Tour of Qatar starting next week, it's the ideal time to familiarise ourselves with this year's women's kits. And because polls are fun, vote for your favourite at the bottom, tell us your least favourites in the comments, and link to any I've left off that you especially like.

Share All sharing options for: Women's 2014 kits - vote for your favourite!

Now, these aren't the entire peloton's kits (that way lies madness) but the ones you're likely to see in Qatar and the Spring Classics, hoping to be at the front of the race.....

In a changing world, it's great that one thing stays the same - Italian fleuro kits! Here's climber and 2009 Road World Champion, Tatiana Guderzo, modelling it - and watch out for Shelley Olds rocking it in the sprints. 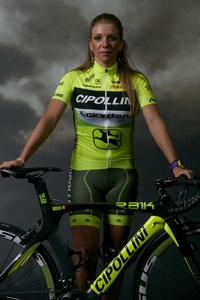 No kit photos as yet, but at the team presentation the women were wearing a team uniform that Civetta described as "air hostess"... I'm not including them in the poll, but thought you might enjoy it anyway! My guess is that pale blue will feature on the kit... If you want to know more about the new team, Noemi Cantele talks about it in this Italian video.

Boels have got rid of the much discussed "silhouette" pattern from last year, but keeping the orange and black colour scheme. Watch out for ITT World Champ Ellen van Dijk in Qatar - and all over the Spring Classics, for that matter.... 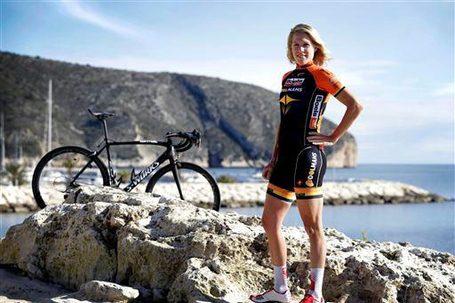 Similar design in a more aqua colour than last year - watch out for their sprinter Chloe Hosking in this in Qatar - she was leading last year's race until a puncture just before the Stage 3 sprint took her out of contention.... here's a twitpic from Ashleigh Moolman with the national champs' kits in it too - and Julie Leth Norwegian Crit Champ Thea Thorsen enjoying the photoshoot 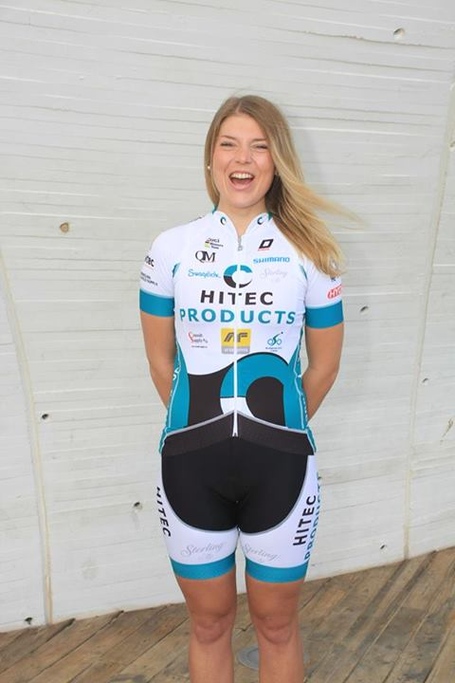 Same kit for the women and the Giant-Shimano men - and my big question is will we see last year's Qatar winner Kirsten Wild in this for much of the race, or will she be in the yellow race leader's jersey? If you like the men's or women's kits, you'll be able to buy them in their shop. 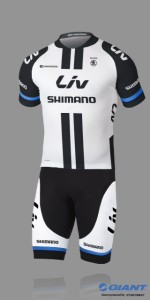 Below is the combined team intro video - and there are lots of little clips of individual riders talking about why they love cycling on the team Youtube channel, as well as double Junior Road World Champion Lucy Garner being mocked for her British accent in the team launch video.

Same as the men's, as worn by Emma Pooley in the team shot, and Laura Verdonschot winning the Belgian Junior CX Championships 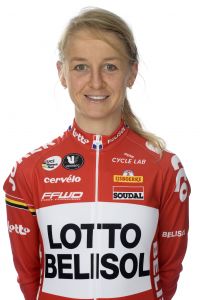 Again, same kit as the ORICA-GreenEDGE men, and you might have seen it on Gracie Elvin, as she won the Aussie Road Championships, or Loes Gunnewijk, winning the Santos Cup, or her team-mate Amanda Spratt winning Stage 2. Here's the combined-team kit-launch video 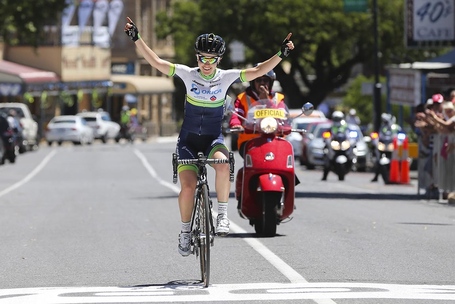 This is one people already seem to either love or hate! I like it, personally, I think it's different and easy to spot, and i like that the image is from photos passing bidons between riders, and meant to symbolise team-work. Don't expect to see Marianne Vos in this, she'll be in her rainbow stripes, or race leader's jersey, or World Cup leader's, or points leader's etc etc etc - but here's Annemiek van Vleuten modelling it - and some videos from the team launch - general and about their team motto 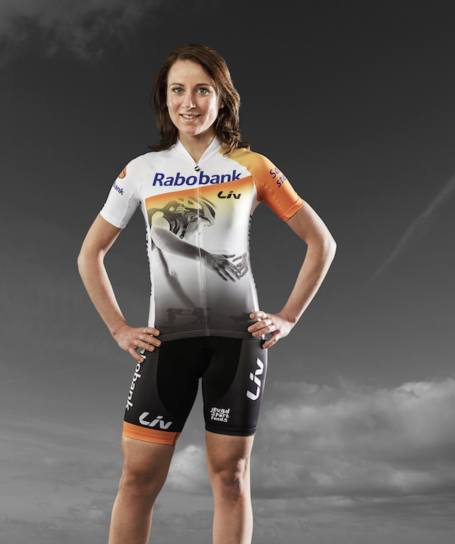 After her year off for maternity leave, it'll be interesting to see how their star Olga Zabelinskaya does this year - can she beat 2012, when she won Olympic bronze in the Road Race and ITT? 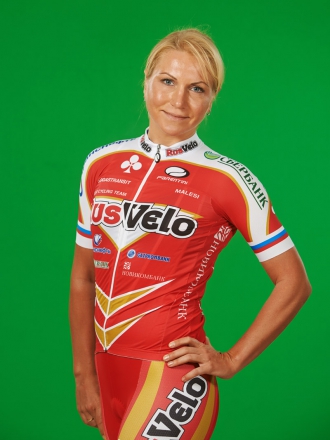 There are bound to be some great team photos and videos to come of their team presentation, so keep an eye out for them. No more optical illusion stripes (although if you miss the old design, it's still for sale in women's sizes in their shop), but here are climbing stars Tiffany Cromwell and Evie Stevens modelling the new kit

They won't be in Qatar, and I'm not sure we'll see them much in Europe, but I'm including them because Alison Powers won the first UCI race of 2014, the Tour Femenina de San Luis. The women's kit is the same as the men's - and both will be for sale in their shop 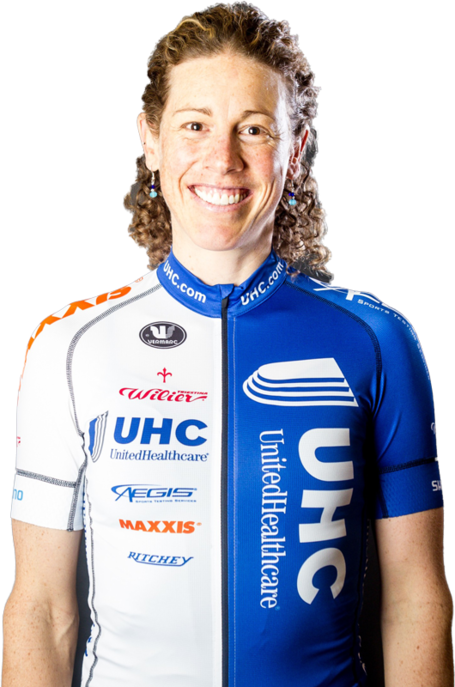 When Giorgia Bronzini won three of the four stages of the Mitchelton Bay Cycling Classic, we didn't see much of the kit because of her yellow jersey.... and she'll be wanting that from Qatar, too! The kit's the same as last year (Giorgia's former World Champ version and the regular kit worn by Emilia Fahlin) - and if you like it, women's and men's versions are for sale on Wiggle 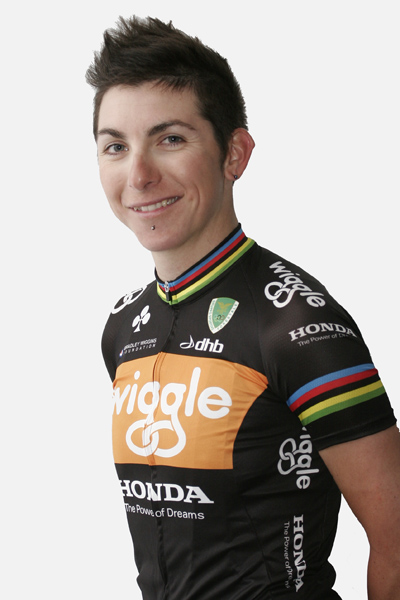 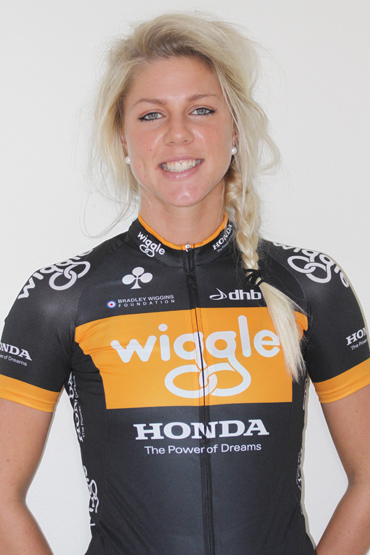 So, those are the pro women's team kits we should see a lot of, but I'm throwing in a couple of wildcards, because their kits are always interesting.... On the USA domestic circuit, Vanderkitten are known for their distinctive kits and fun team ambience - and of course you can buy their kit! 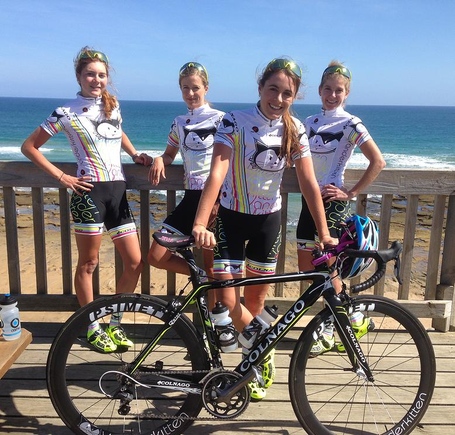 and if you know me at all, you know I LOVE UK domestic team Matrix-Vulpine, so of course I have to love their jersey :-) if you like it too, you can pre-order the team kit, for women or for men - on Vulpine 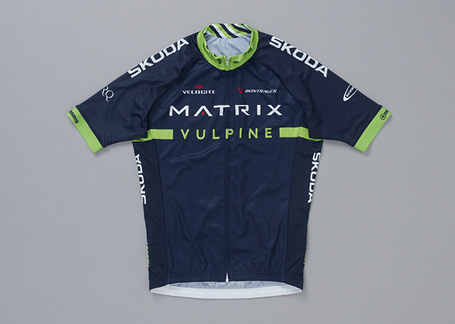 So, what do you think? Vote - and comment - below! And check out the results of the Podium Café men's kit poll.